The European Young Leaders (EYL40) seminar in Lisbon centred around three questions: who cares? Do you care? Do we care? Climate change and democracy dominated discussions of the three-day event, highlighting the importance of rebuilding citizens’ trust and revitalising the European project.

Leading politicians and experts from the host country and beyond, including Lisbon Mayor and former EU commissioner Carlos Moedas; Edite Estrela, Vice-president of the Portuguese National Assembly; Portuguese Secretary of State for European Affairs, Tiago Antunes; Rebecca Neff, Deputy Chief of the Mission to the United States Embassy in Lisbon; Emanuel Goncalves, Chief Scientist of the Oceano Azul Foundation; Laura Cozzi, Chief Energy Modeler and the International Energy Agency; and a squad of climate tech entrepreneurs from both sides of the Atlantic joined the remarkable young leaders to discuss the realities of today’s most pressing issues, from extreme weather phenomena, such as devastating floods in Pakistan, to Russia’s war on Ukraine and efforts to undermine European democracies.

So, do we care? In the words of Ricardo Baptista Leite, Founder and President of UNITE, Member of the Portuguese National Parliament and 2015-2016 EYL40, “Hell yes!” This report highlights the range of ideas and recommendations to best equip the young leaders, experts and policymakers keen on tackling these challenges, while simultaneously forging a Renewed Social Contract. 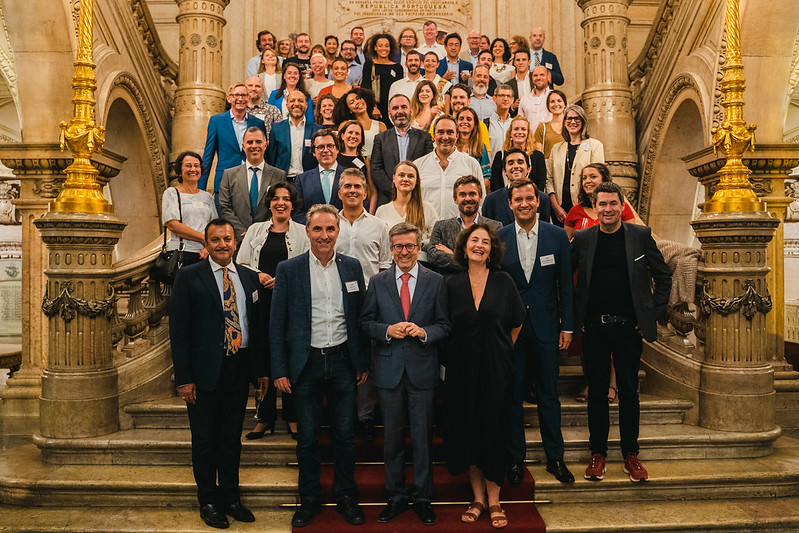 Find the full programme of the ‘Who cares, do you care, do we care?’ seminar here. Celebrating its 10th anniversary in 2022, the European Young Leaders (EYL40) programme represents an alternative leadership for an inspiring Europe. The programme is supported by the John S. Latsis Public Benefit Foundation, Fondazione Cariplo, the United States European Command (EUCOM), The Coca-Cola Company and Google, and co-funded by the European Union. The Lisbon seminar was also kindly supported by the European Space Agency (ESA) and Lisbon Camara Municipal.