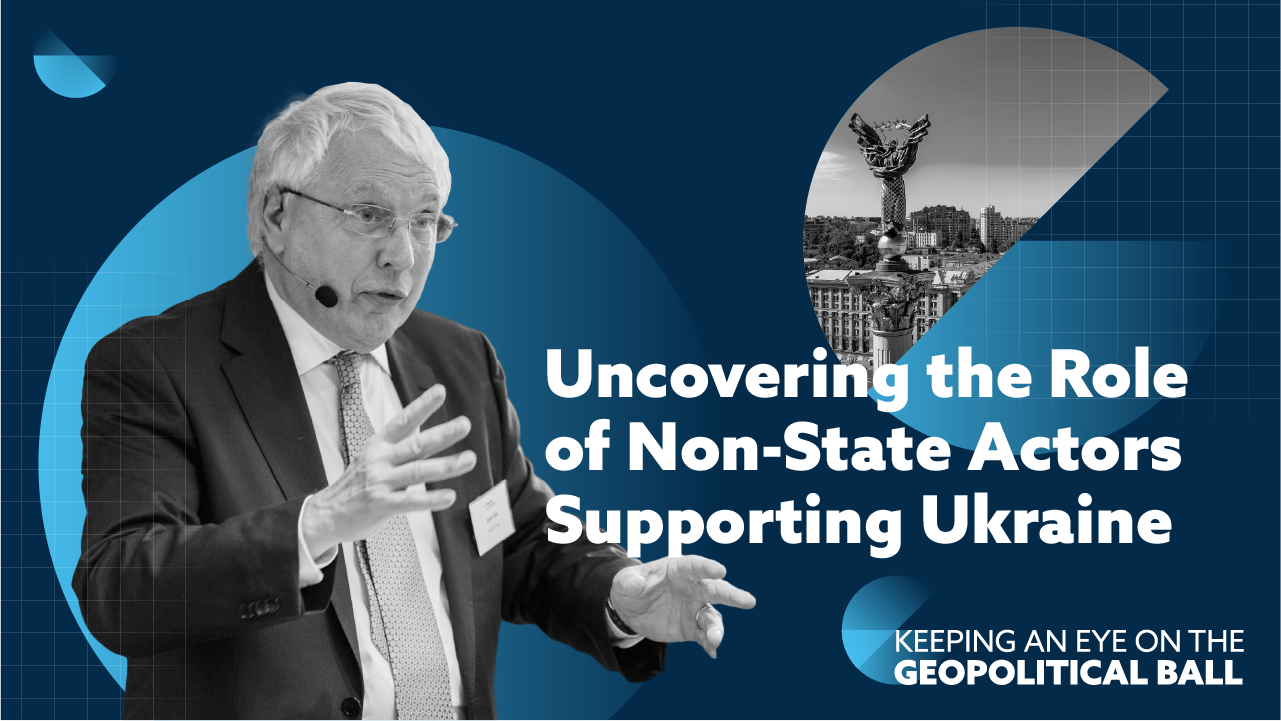 This week on Keeping an Eye on the Geopolitical Ball, Jamie Shea, Senior Fellow at Friends of Europe, discusses the Russian invasion of Ukraine by uncovering the role of non-state actors. Private companies cutting ties with Russia, activists fighting disinformation campaigns and hacking Russian infrastructure, volunteers from all over the world donating money and fighting alongside Ukrainians– support for Ukraine these days is multifaceted. Shea argues that three steps are of special importance now: getting information to Russian citizens, holding Russia accountable for the war crimes it commits and tracking Russian influence networks, e.g. regarding money laundering.