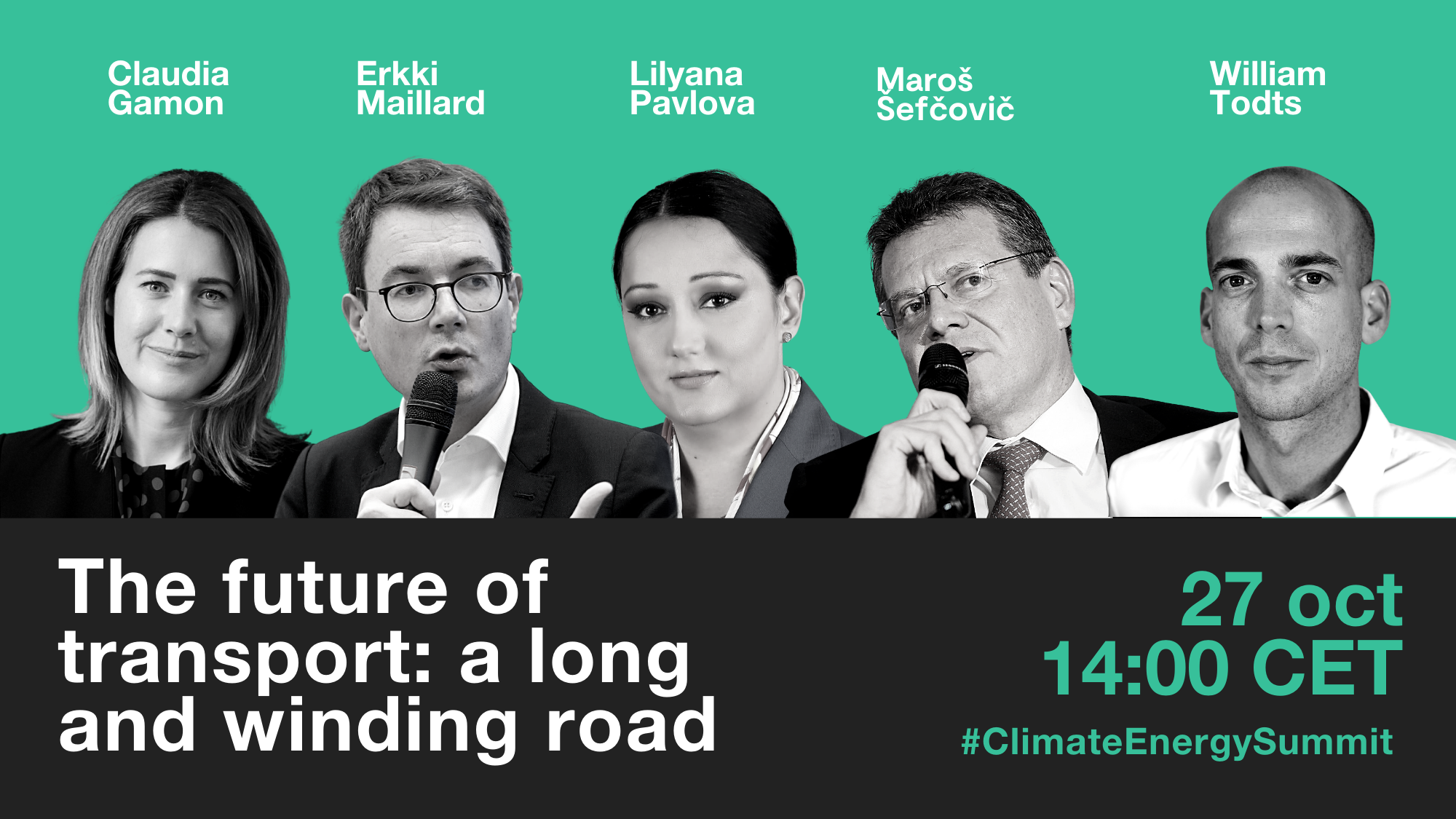 The future of transport: a long and winding road

Transport in Europe quickly came to a grinding halt within days of the COVID-19 pandemic. Early bailouts concentrated on the aviation and car sectors. But guided by the European Green Deal, there is a growing consensus these sectors must now accelerate their efforts to become more sustainable and low carbon, notably through electrification, smart mobility and developing a hydrogen strategy.

“Europe should aim to have a sustainable, clean and affordable transport sector,” said Dharmendra Kanani, Director of Insights at Friends of Europe. But how can that be done amid the current pandemic and economic crises, and what’s the best way to nudge citizens to embrace electric vehicles?

Highlights of the second day of Friends of Europe’s Climate and Energy Summit included:

07:14 – European car transport is in a new era, driven by ever stricter CO2 limits, while next year will see a focus on electrifying car fleets and ensuring the EU emissions trading system (EU ETS) covers other sectors such as aviation and maritime. Maroš Šefčovič, European Commission Vice-President for Interinstitutional Relations and Foresight also underlined the importance of the European Battery Alliance (EBA), which is industry-led and covers the whole ecosystem from new materials to recycling and reuse. The EBA sends a strong signal to investors keen on this sector, which has raised €100 billion of private equity, and the alliance encouraged the recent launch of the European Clean Hydrogen Alliance. Šefčovič added that Europe must invest in more people skills to deliver on the EBA, while noting that electric vehicles will become more affordable as new models come onto the market.

41:27 – the electric vehicles market is growing fast and will represent some 10% of European car sales by the end of 2020, remarked William Todts, Executive Director of Transport and Environment. One key area to tackle in this field is converting Europe’s company car fleets, which make up 60% of the car market, to electric vehicles. Affordability of these vehicles will be solved when batteries become cheaper and more plentiful, around the middle of this decade.

19:44 – the EIB, as Europe’s ‘climate bank’, wants to see transport that is cleaner, safer and digital, said Lilyana Pavlova, Vice-President of the European Investment Bank. The EIB believes that technology changes such as digitalisation will boost sustainable mobility, and it’s eager to support the rollout of better electric vehicles to accelerate the green and digital transition. That’s why the EIB is deploying €1 billion in partnership with the European Commission to support those investments, such as in innovative energy projects covering sectors like electric vehicle charging and batteries. Starting on 1 January 2021, the EIB will phase out its investments in all fossil fuels, and it’s bringing its operations in line with the Paris Agreement.

60:26 – more than 60% of electricity generated in Europe is already CO2-free and it’s the most cost-effective solution to decarbonising transport, commented Erkki Maillard, Senior Vice-President for European and International Affairs and Diplomatic Advisor to the CEO of EDF Group. He believes that electric vehicles are one vital way to do this, as they are four times more efficient than traditionally powered vehicles. Direct electrification is not the sole solution, but it is the most cost-effective one. Challenges for Europe now are solving the difficulty of car charging in collective housing. Hydrogen will play a big role in powering vehicles, especially for long-range travel, but it isn’t the panacea to all Europe’s problems in this sector.

46:12 – Europe must set clear CO2 targets for the transport sector, with the support of a legal framework. Transport must also be included in the EU ETS. This was the view of Claudia Gamon, Member of the European Parliament Committee on Industry, Research and Energy. She added that major problems include a lack of predictability in transport developments, which holds back investors, plus a lack of harmonisation among EU countries in fields such as electric vehicle charging.