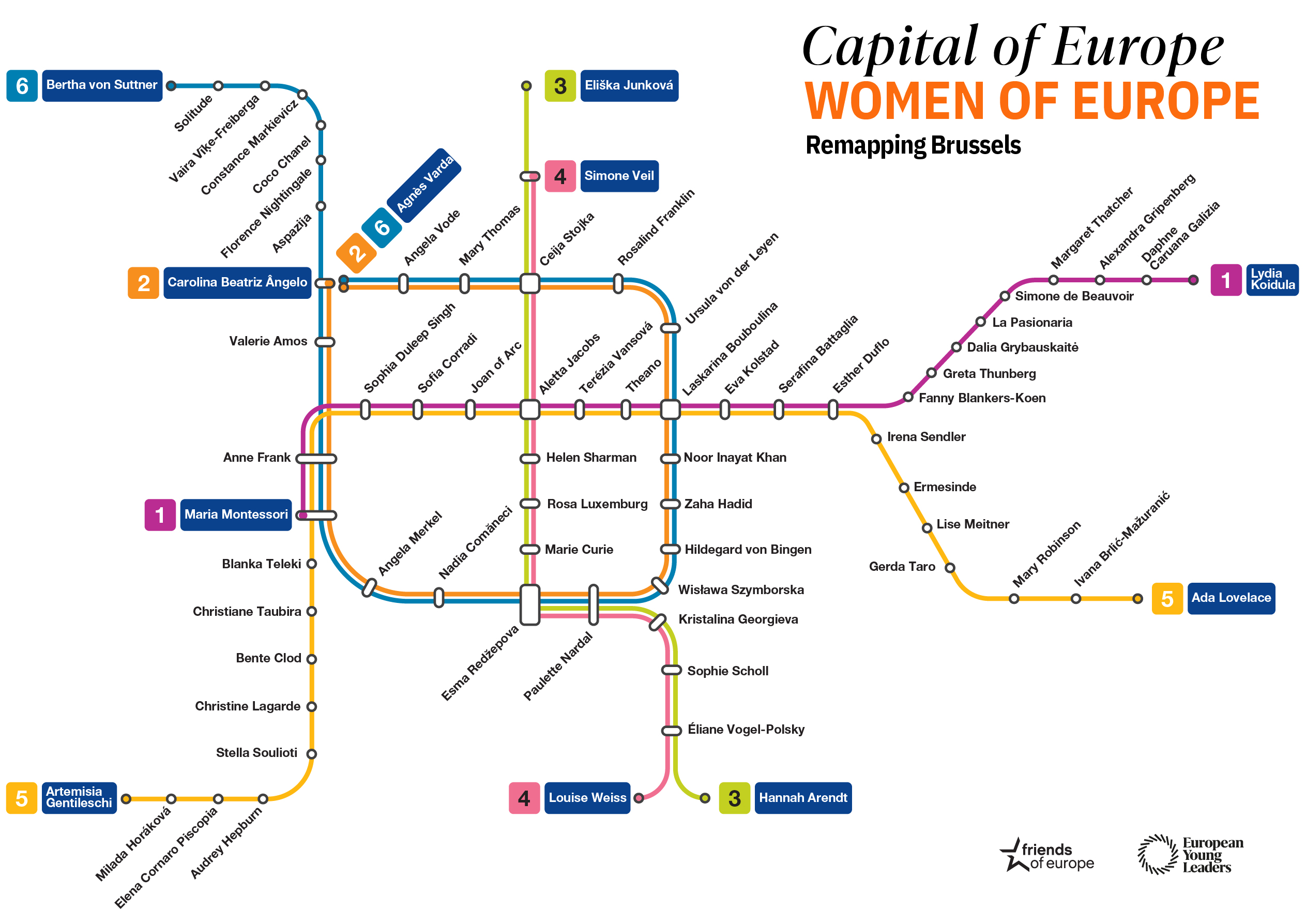 “Almost every city is full of men’s names, names that are markers of who wielded power, who made history, who held fortunes, who was remembered; women are anonymous people who changed fathers’ names for husbands’ as they married, who lived in private and were comparatively forgotten, with few exceptions.”

This is what American writer Rebecca Solnit – who is credited with inspiring the word ‘mansplaining’ with her book Men Explain Things to Me – observed in 2016 when she and geographer Joshua Jelly-Schapiro created the “City of Women” map. Reimagining New York’s subway system, the map renames its stops in honour of women who shaped the city’s history.

Solnit said that the “City of Women” project was sparked by the following questions: How does it impact our imaginations that so many places in so many cities are named after men and so few after women? What kind of silence arises in places that so seldom speak of and to women?

“Names offer really powerful signals about what we value as a society, about the histories that we avow, about the histories that we want to push under the rug,” said Jelly-Schapiro. “And I think it’s an incredibly powerful and overdue conversation we’re having now about who are the people that we celebrate in public space and how does that shape how we experience those places.”

European cities are no different, including Brussels, the capital of Europe and nucleus of the European project. Its streets, buildings, squares and transport hubs are named mostly after men.

A small number of metro stations in Brussels are named after women. The most prominent – Louise – is named after the avenue that bears the name of a woman honoured because she was King Leopold’s daughter.

What if the Brussels metro map was reinvented to pay homage to some of the great women who helped shape Europe through the centuries and the European Union over its lifetime?

The Brussels metro map is a map most residents and visitors consult regularly. Remaking it to dedicate each station to a notable woman of Europe – past or present – amounts to a remapping of our idea of Europe. As an artwork, conversation piece and educational tool, the Brussels “Capital of Europe, Women of Europe” map helps bring the names of women who contributed to Europe into the everyday consciousness of European citizens.

Too often Brussels is associated with faceless entities and institutions that don’t speak to its citizens, both in the city and in Europe. The idea of remapping Brussels with real faces and real stories that highlight the exceptional achievement European women have contributed in many different realms – including politics, arts, culture and science – celebrates our common history, values and vision, through an emotional connection.

The current crisis has highlighted the need for a new kind of social contract and for new, unconventional channels to connect politics to citizens.

The map is a celebration of a new kind of inclusive leadership, and a means of reinforcing democracy and challenging the inequality of opportunities: if you see it, you can be it. Brussels and Europe are the emblem of “unity in diversity” and this map is its ultimate representation.

Sorry, no videos to display.