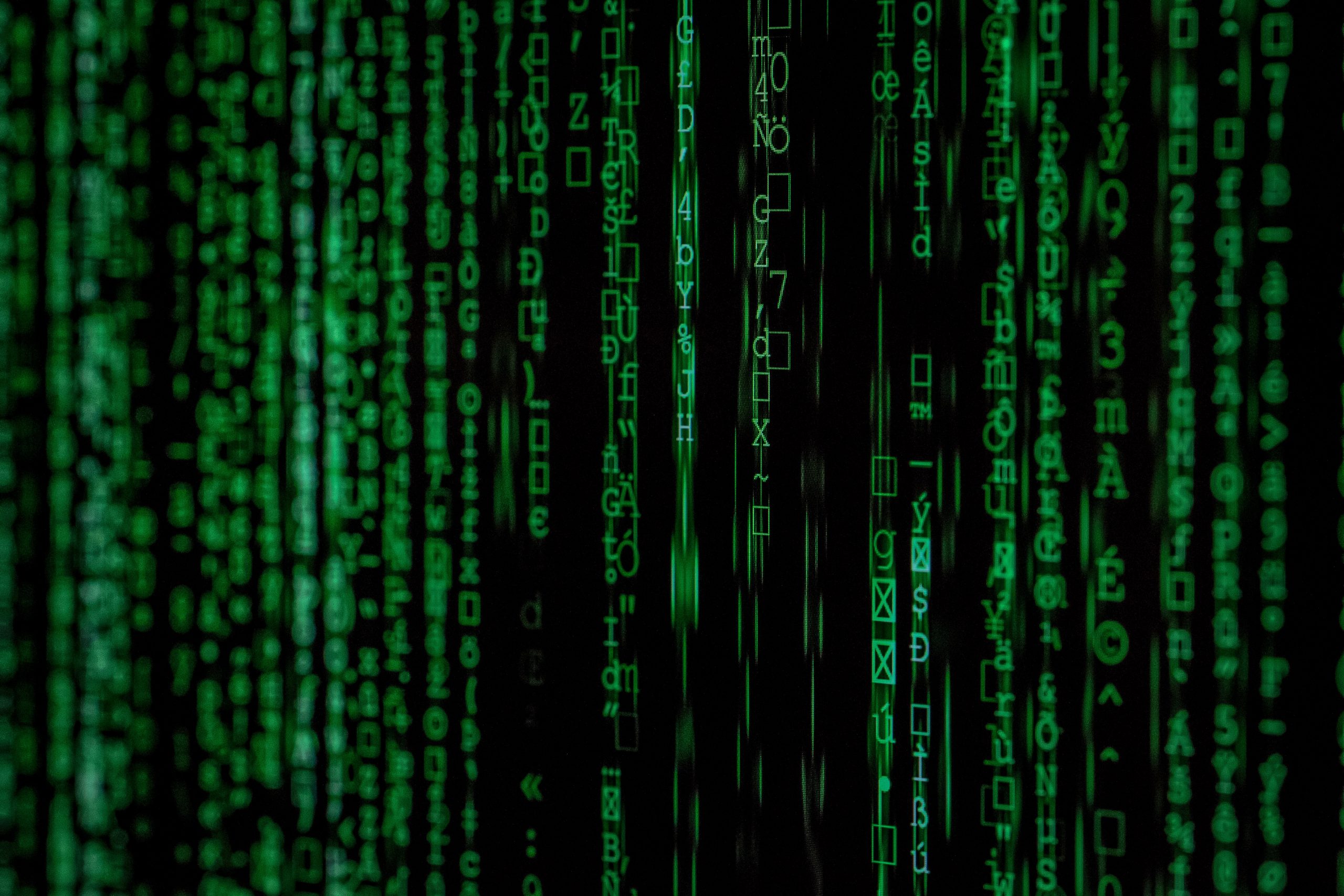 To meet the objectives of the Paris Agreement, we need to invest around $3 trillion – $5 trillion annually for the next 30 years and fintech can play a significant role in making that happen, said Dharmendra Kanani, COO and Chief Spokesperson at Friends of Europe, opening the third and last session in the Transatlantic Climate Dialogue series dedicated to Climate FinTech.

“Most innovation starts with finance,” said Jacqueline van den Ende, Founder and CEO of climate investing platform Carbon Equity (Netherlands). “Finance ultimately decides what happens in the world.” Carbon Equity is an impact investing fund that invests in venture capital and growth equity markets because it believes that is where it can have the biggest impact. For non-specialist investors, the options for early-stage investment are either to invest directly in companies, which can have a huge impact but is very risky or to invest in a fund. “But you typically need at least €5 million. Carbon Equity reduces that right down to €10,000. By lowering the threshold, Carbon Equity seeks to unlock the $2 trillion ‘mass-affluent’ market of people with a net worth of €100,000-€10 million to power breakthroughs in climate technology by investing alongside the world’s top climate investors. In this way, we will unlock much more capital to power innovative solutions.”

The key ways to create impact with your investments are to hold stock in public companies and vote as an active investor or to allocate capital into inefficient markets where it is difficult to attract investors, said Franz Hochstrasser, Co-Founder and CEO of local impact investing marketplace Raise Green (U.S.). “The latter is what we do. Raise Green is the first inclusive platform in the US focused on climate solutions with a social mission.” With 59% of Americans alarmed or concerned about climate change, they want to do something meaningful. “Raise Green gives individuals and companies the ability to participate in community financing, enabling them to join the ranks of heroic entrepreneurs and innovators and invest directly in early-stage climate technology companies and project finance companies deploying proven technologies like solar or wind at community scale. And they can do that from as little as $100.”

All of our carbon footprint comes from how we spend money or how our banks manage it, said Maud Caillaux, Co-Founder of eco-responsible neo-bank Green-Got (France). “Today, banks are investing in fossil fuel industries. They have a huge carbon footprint and no one knows anything about it. You can do lots of things to lower your own carbon footprint but your money cancels your efforts out tenfold. If you can redirect your money, it can have a big impact. Every citizen should be able to participate in the energy transition and put their money towards things like low carbon transport, green energy and sustainable agriculture,” she said. “We’re also bringing transparency on where your money goes.”

Regulation is one of the key challenges to financial start-ups. “It is insanely hard to set up a fintech company – there are a ton of regulatory requirements. Many of them make a lot of sense and are there to protect consumers, but sometimes the burden is unnecessarily high,” van den Ende said. An example of that is when retail investors can make individual angel or crowd equity investments, which have a very high chance of failure, but they are not allowed to invest in funds where expert advice is available, and they can diversify their investments across multiple companies to lower their risk. EU policymakers should have a pragmatic approach, so we acceptable risks can be taken, consumer protection is still high, but there is more flexibility to operate.

Innovating in fintech does require compliance, Hochstrasser said, as non-compliance in certain crypto investments has shown. “It is time-consuming, but it’s essential to have fair rules of the road.” Yet the rules are different in every market and there is a lack of harmony in regulations between, for example, the U.S. and Europe that could be fixed.

Caillaux pointed out that while her company only launched five months ago, “we have been working on this for two years. It took so long because of the regulators”. Green-Got is not even allowed to describe itself as a neo-bank in France, she added. “We are here with a bigger goal than making money. We’re very, very stressed about climate change. I picked finance because the banking industry has the biggest power to shape the world and stop climate change.”

Another challenge for small companies in the sector is to “earn the eyeballs it takes to scale fintech companies in the attention economy of today”, Hochstrasser added. “We know people want to act on climate and if they were aware of this, there would be a high probability of conversion, but getting in front of them is a problem.”

Climate investing is increasingly a no-brainer, van der Ende said. “Even from a purely financial point of view, you don’t want to miss out on growth industries. In the next 10, 20, 30 years, we will have one of the biggest waves of innovation we have ever seen, in everything from the way we eat to how we travel, build and produce things. “Even if you don’t care about climate, impact or green investing, it still makes so much sense to invest in climate solutions, so you have exposure to the winners of the future and divest from the losers, which are fossil fuel-intensive companies.”

There is a great signal from countries uniting around the Paris Agreement and charting a path towards a 1.5C future, added Hochstrasser. “Those that move quickly and innovate to fill that space will be the leaders of the future. Investing in these companies now is a good idea.”

Caillaux concluded that we need governments to be bold. “We need them to understand that we are at a crossroads of history whether we like it or not. This is the most important moment for humankind. History will judge harshly leaders that don’t have a response for the challenge in front of them.”

The event is accessible to all on the event’s page and on our YouTube channel.

It is estimated that we need $3–$5 trillion of investment per year globally over the next 30 years to meet the objectives of the Paris Agreement. Technology in the financial sector could play a serious role in mitigating the worst of climate change. FinTech is a growing section of financial services that utilise algorithms, data gateways, and artificial intelligence to help customers and business partners handle different business transitions. A vibrant ecosystem of start-ups is focusing on addressing various finance processes related to climate adaptation and mitigation: carbon offsetting, carbon accounting, impact investing, ESG reporting, sustainable banking, supply chain analytics, carbon credits trading and more.

The third and final debate in this series is dedicated to climate FinTech.

Climate Fintech is the intersection of climate, finance, and digital technology. These digital innovations, applications, and platforms serve as crucial financial intermediaries and mediums between all stakeholders pursuing decarbonization. In this session, we aim to shed light on various FinTech solutions that aim to tackle climate change and exchange views on their concrete results and scalability, the challenges and opportunities entrepreneurs are facing in promoting such solutions and what should policymakers do to support young innovators in the climate FinTech space.

Photo by CDC on Unsplash

To allow everyone to have a real impact in the fight against the climate crisis , Maud Caillaux co-founded in 2019 the French green neobank Green-Got. Publicly engaged in this fight and named Forbes 30 under 30, she warns of the immense CO2 emissions of investments by French banks. Green-Got offers a payment account and a savings account that directly finance the transition and is the best launch in Europe this year.

Franz has been working at the intersection of policy, climate change, environmental and social issues for more than a decade. Prior to graduating from Yale School of the Environment with a focus on sustainable finance, clean energy and business in 2018, Franz served eight years in the Obama Administration as Senior Advisor to the Special Envoy for Climate Change at the Department of State, working on the team that successfully negotiated the Paris Agreement. Prior to that, he was Deputy Associate Director at the White House Council of Environmental Quality working on energy, environment and climate policy and public engagement; and a Confidential Assistant and Legislative Analyst at the U.S. Department of Agriculture working on conservation, energy, food security, science policy and open data. He also worked on both of Barack Obama’s successful presidential campaigns in 2008 and 2012. Franz holds a Masters of Environmental Management from Yale University; Bachelor of Arts in Linguistics and a Bachelor of Arts in Politics from the University of California, Santa Cruz.

Jacqueline van den Ende is co-founder of Amsterdam based climate fintech company Carbon Equity. Carbon Equity seeks to connect next generation capital to the world’s most impactful climate investing opportunities. Jacqueline brings a rather unique perspective as a founder turned investor turned founder, twice over. She worked as private equity investor at HAL investments and more recently as a general partner at Venture Capital fund Peak Capital. She spent the other half of her career to date building and leading companies, including De Kleine Consultant, one of the largest European student-run strategy consultants, Rocket Internet backed online real estate marketplace Lamudi in South East Asia and Ant Financial backed Fintech scale up TrueMoney.

Jacqueline is obsessed with the question how we can leverage capital most effectively to mitigate climate change. In addition to her role as founder and CEO of Carbon Equity she serves on the board of the Dutch last mile delivery scale-up Trunkrs. Jacqueline obtained an MSc degree in Economics from the Erasmus University in Rotterdam and a BA in Social Sciences from University College Utrecht. 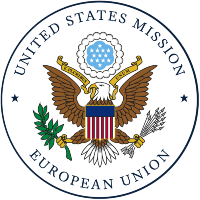