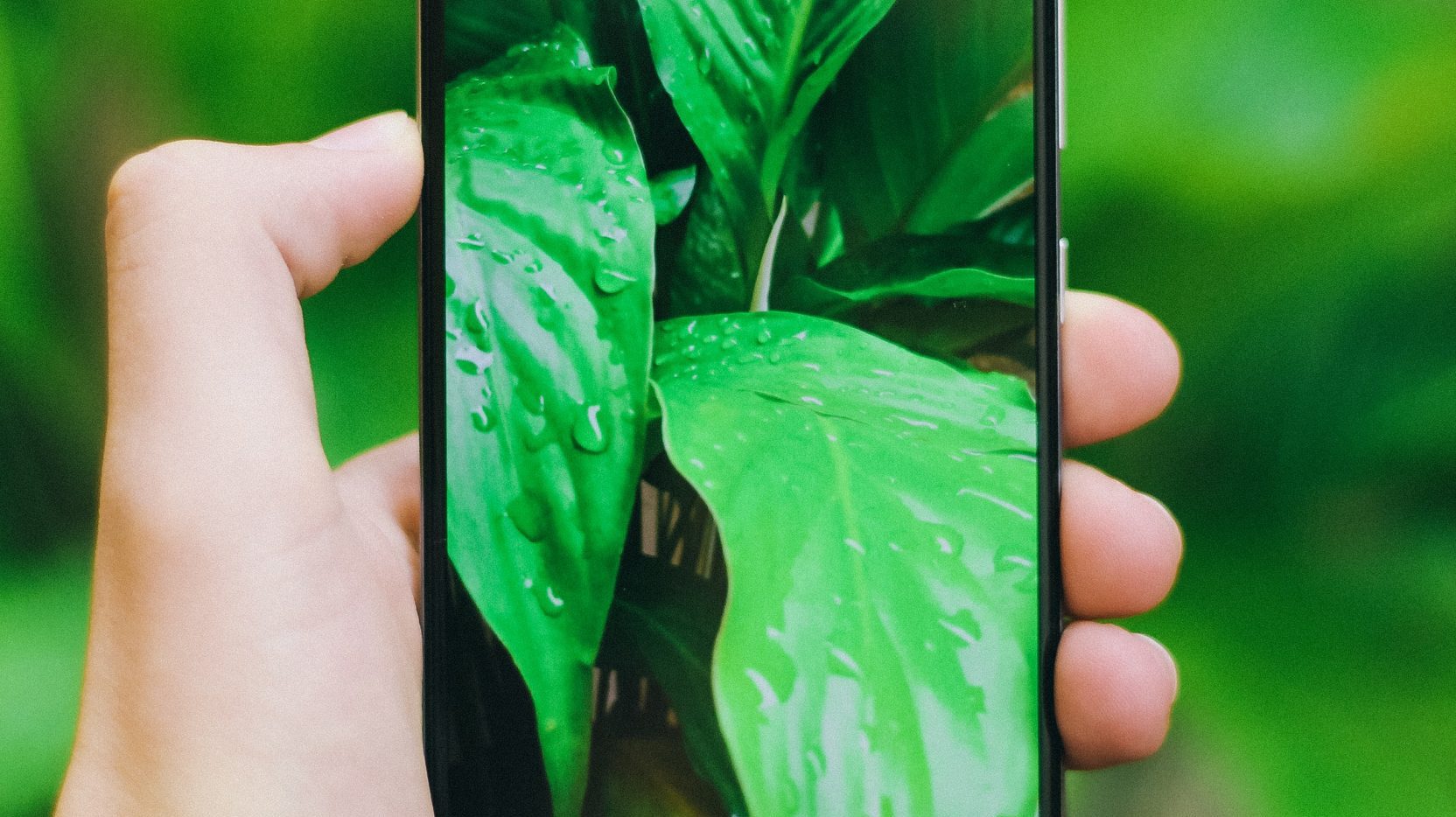 Central to averting climate disaster is the need for immediate and deep emissions reductions across all sectors. This will require a major effort by governments, businesses and individuals.

A new generation of young entrepreneurs, motivated not by monetary gain but by the urgent need to fight climate change, is emerging. Three inspiring voices from both sides of the Atlantic discussed tech solutions for individual climate action during the first session of Friends of Europe’s Transatlantic Climate Dialogue series.

“The UN estimates that if one billion people take practical action in their own lives, they could reduce as much as 20% of global carbon emissions,” said moderator and Friends of Europe’s Chief Spokesperson Dharmendra Kanani. Climate tech can enable consumers to gain a better understanding of their individual carbon footprint and empower them to reduce it.

Sanchali Pal, CEO and Founder of Joro (US), explained that her app allows users to connect their debit and credit cards, check the emissions behind all their transactions, and offset and reduce them. “There are few opportunities to vote before 2030, but we have over 8,600 opportunities to spend money before that – each is a way to reduce emissions,” said Pal. The advantage of apps is that they are tools on devices that we carry all the time, making apps intimate, easily accessible and connected to our lifestyle.

Markus Gilles is the CEO and Co-Founder of Klima (Germany), a holistic tool that helps every individual take climate action across three main areas: offsetting emissions via a monthly subscription; reducing carbon footprints by increasing climate literacy and providing a personalised check list with high-impact and low-impact actions; and multiplying impact by inviting friends to join the app and becoming a climate action advocate. “You can see how much emissions were reduced via your advocacy,” said Gilles.

Tessa Clarke, the Co-Founder and CEO of OLIO (UK), explained that her app tackles food and other household waste by connecting people with neighbours. “The users upload pictures and people can request their item. Half of all the food added to the app is requested in less 21 minutes, and half of all household items in less than three hours,” Clarke stated. The doorstep connection with community is what makes the OLIO app a success. “With 6mn people having used the app, 50mn portions of food and 5mn non-food items were shared, which is the equivalent of taking 150mn car miles off the road and saving 7.3bn litres of water in the process,” stated Clarke.

Pal stated that the link between money and climate is often seen as negative. The challenge is to make people understand that money could also be a tool to intentionally make change. “We have power as consumers to shift systems and markets… That is the hidden superpower we all have,” she stated. The aim is to help people build carbon intuition and manage carbon like we manage our finances, but towards a shared budget. The behaviour change challenge came to Clarke’s mind first as well. “Getting people to believe someone will want their surplus… It takes less than 10 seconds to post an item and it feels amazing to share,” she said.

As a female-founded, tech-for-good type of business, finding capital for OLIO was challenging at the beginning. “We have prevailed, but we could have gone further faster if have gotten more capital,” added Clarke. Since she started work in this field, she encountered “so many women and people from diverse backgrounds, which intersect with the biases that exist and lack of capital.”

“It is a myth that offsetting drives bad behaviour,” said Gilles, pointing to the fact that clear data supports that the opposite is true. “We have thousands of users and can see clearly that footprints go down, not up.” Pal added that when linked with behavioural change, offsetting is especially effective. “Your offset subscription is personalised to your footprint and if you change behaviour from month to month, your offset fee changes as well – like a carbon tax. People who offset also reduce their emissions with 6% more because of that financial incentive,” she said.

The source of Klima’s revenues is the offset subscription. “We use funds from users to promote climate impact and last year, we could see six times the climate impact through community building than with direct offsetting,” added Gilles. In the future, they want to offer services also to businesses to reduce their emissions. OLIO already has a business-to-business proposition, with 45,000 trained volunteers that can match with local business outlets, explained Clarke.

Answering Kanani’s question regarding reaching underprivileged communities, Clarke explained that OLIO’s philosophy is to be inclusive. “We have a desktop version of the app. And today we see a very diverse group of people using our app – not only the middle class. In the UK, between 8 and 10mn people live in food poverty, but only 1-2mn get access to charitable services. The rest are the hidden hungry,” she added, stressing that OLIO has no quotas and no forms, thus it is very easy to use.

In terms of policy asks, from a data perspective, more consistency and standardisation across geographies is essential. “We need more data on product and company level,” said Pal.

All three speakers indicated their plans for international expansion, continuing to shift minds and behaviours, learning from one another, and going faster and further together.

Central to averting climate disaster is the need for immediate and deep emissions reductions across all sectors. This will require a major effort by governments, businesses and individuals.

The first in this series will be dedicated to tech solutions for individual climate action.

In this session, we aim to shed light on various tech solutions that enable individual climate action and offer young innovators a platform to exchange views on how technology can help individuals make climate-friendly consumer choices, how impactful they are, and the concrete results of such climate tech tools.

Climate change impacts each one of us and individual climate action can make a significant impact. The UN estimates that if 1 billion people take practical action in their own lives, they could reduce as much as 20% of global carbon emissions.

Climate tech can enable consumers to gain a better understanding of our individual carbon footprint and to empower us to take action to reduce that footprint. There are multiple tech solutions that raise awareness and help assess, track and reduce our personal carbon footprint.

Other initiatives allow consumers to participate in emissions reduction through their consumer choices – be that sustainable fashion, reducing food waste, recycling, or verifying the sustainability of consumer goods and making informed choices.

Co-Founder and CEO of Klima (Germany)

Tessa Clarke is the Co-Founder and CEO of OLIO, a free app tackling waste in the home and local communities by connecting neighbours with each other and volunteers with local businesses, so that surplus food and other household items can be given away, instead of thrown away. OLIO, initially founded in the United Kingdom, has grown to over 5mn users in 63 countries and its impact has been widely recognised, most notably by the United Nations, which highlighted OLIO as a “beacon” for the world, and as the recipient of Vivatech’s Next European Unicorn award. Clarke is passionate about the sharing economy as a solution for a sustainable world and promoting ‘profit with purpose’ as the next business paradigm. Prior to founding OLIO, she worked as a digital managing director in the media, retail and financial services sectors.

Motivated by a desire for positive social change, Markus Gilles founded Klima in a small Berlin office, to help protect and restore the world through individual action, following a backpacking trip from Alaska to Patagonia that provided first-hand experience with the threats faced by the natural planet and its ecosystems. Klima strives to make personal action radically easy by helping individuals to offset their emissions, reduce their carbon footprint and multiply their climate impact. The app offers calculations of our carbon footprint, suggestions to make relevant lifestyle changes and advocacy tips. Gilles is also the former CEO and Co-Founder of Hyper, a platform for quality video journalism. Before a fascination for technology and its potential for good brought him into the start-up world, he began his career in sustainability advocacy at the German Fair Trade Forum.

Sanchali Pal founded Joro to empower people to take climate action through something they do every day: spending money. From its Oakland, CA, headquarters Joro is on a mission to help people decarbonise the economy by encouraging different actions and ways to build our ‘carbon intuition’. Not only is the app a source of knowledge that evaluates data to understand where our emissions come from and learn the impact of spending, Joro also offers guides and inspiration to prioritise meaningful actions, such as investment portfolios. Prior to the creation of Joro, Pal worked at Tesla and in sustainable development at Dalberg in East Africa and South Asia, where she worked with communities directly affected by the climate crisis.

Category
Eye on the Geopolitical Ball
Area of Expertise

Read more about "Decarbonising the transport sector: a journey worth taking"