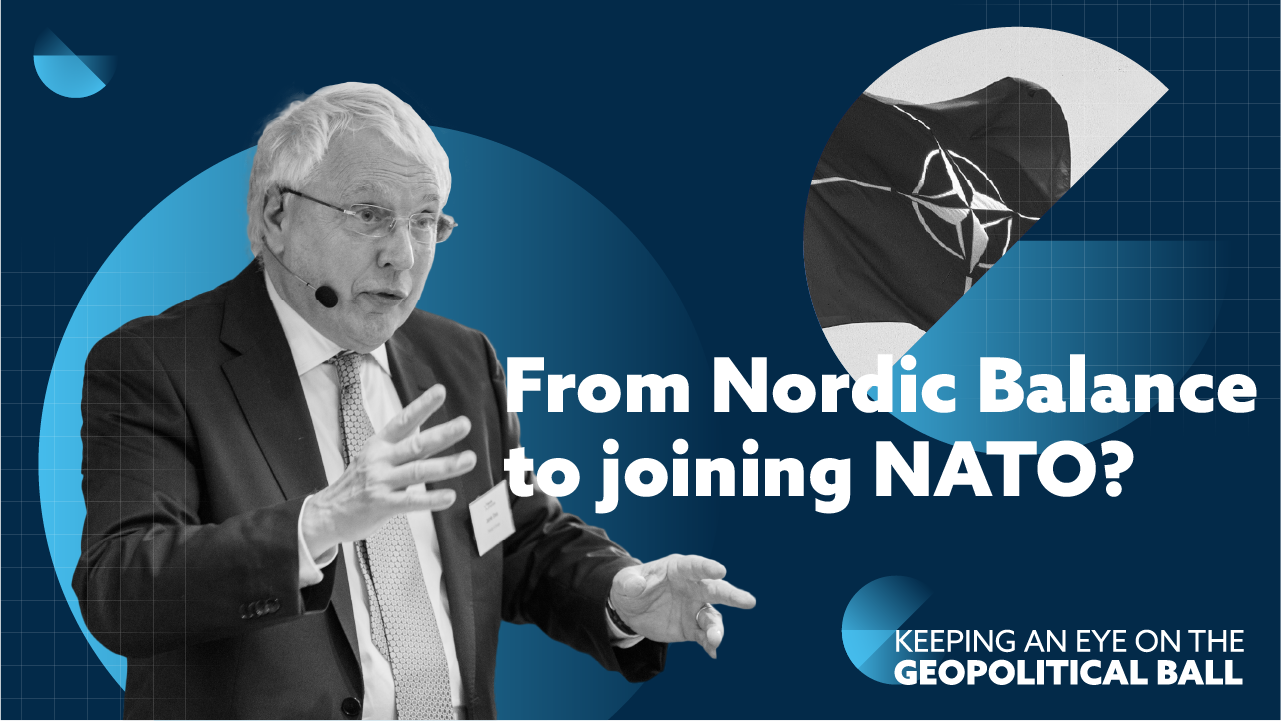 From Nordic Balance to joining NATO? – Keeping an Eye on the Geopolitical Ball

This week on Keeping an Eye on the Geopolitical Ball, Jamie Shea, Senior Fellow at Friends of Europe, discusses the potential for Finland and Sweden to join NATO, explaining the historical context of their neutral stance and the reasons behind the recent switch in the public opinion. Witnesses to the invasion of Ukraine, Finland and Sweden are now realizing that without NATO membership, their own territories could be at risk. In both countries, the public sentiment is now largely in favor of joining the alliance. Shea discusses the process of becoming a member of the alliance and three critical points regarding both Nordic states: The usually long process of joining NATO and what it would mean to give security guarantees before Finland and Sweden would formally become members, the capacity of NATO potentially defending both states, and the EU-NATO overlap that would be implied if Finland and Sweden join the alliance.