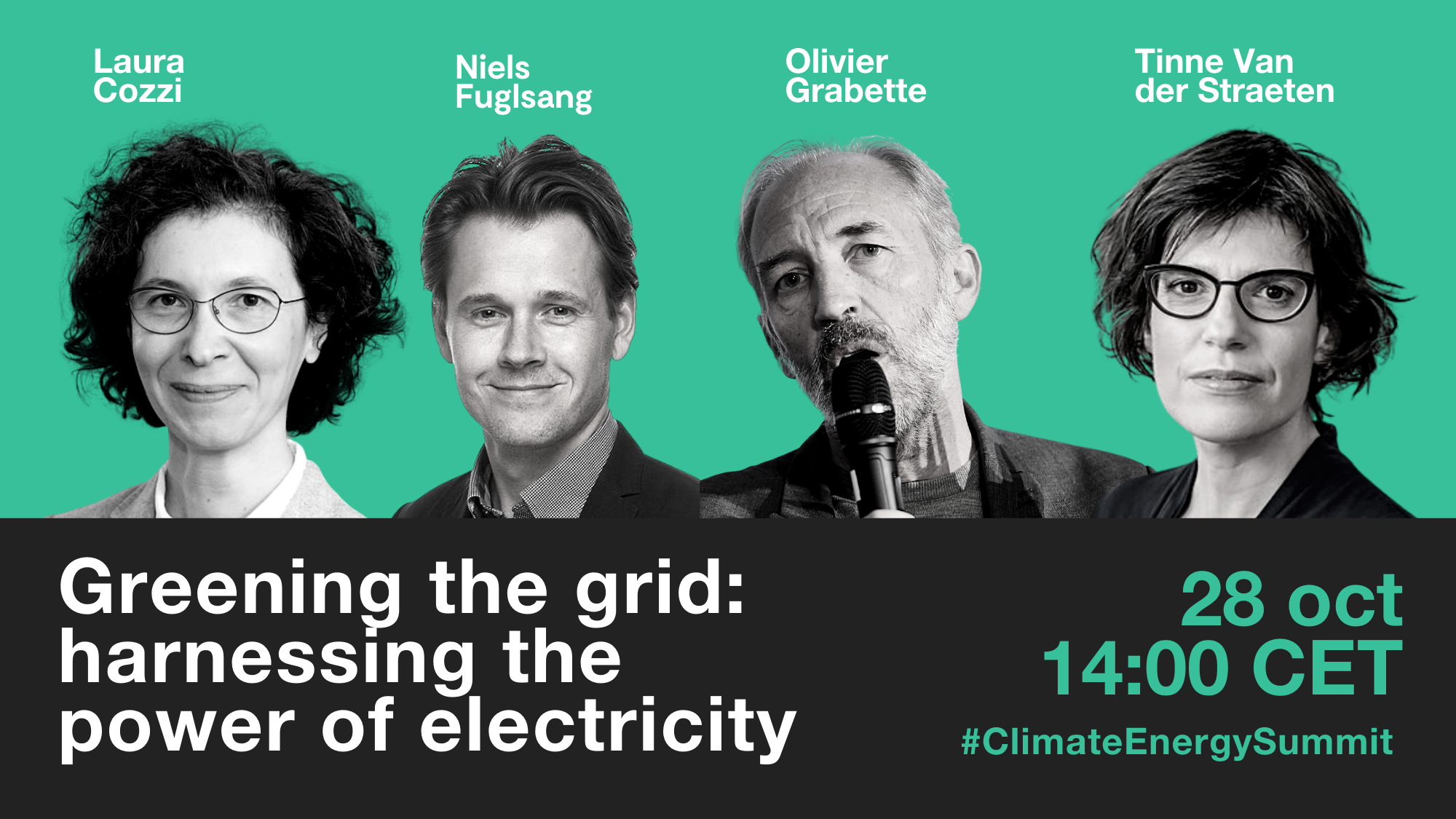 Greening the grid: harnessing the power of electricity

As renewable energy becomes increasingly important in Europe’s energy mix, the race is on to develop a cleaner and more flexible energy system. For the third and final day of Friends of Europe’s 2020 Climate and Energy Summit, top politicians and experts from the public and private sectors debated how to boost electrification across the EU.

“Grid infrastructure is the biggest challenge for the energy sector, but it must be green and clean,” said Dharmendra Kanani, Director of Insights at Friends of Europe, and moderator of this event. He was keen to examine issues such as increasing connectivity between countries, plus the coherence of EU and private funding in energy R&D.

08:12 – “For Europe to decarbonise and meet its 2030 climate targets, it must focus on upgrading its electricity transmission grid in the next 10 years,” said Laura Cozzi, Chief Energy Modeller at the International Energy Agency. She noted great progress in renewable energies (RE), with solar power and wind power being the respective “king and queen” for electricity production, thanks to cheaper and more advanced technology. However, since Europe will benefit from far more RE in the next decade, that will mean laying many more kilometres of cables – equal to 40 times the distance between the Earth and the Moon. The new grid must also be smart, as this will enhance resistance to cyberattacks and help small consumers with solar panels to feed excess electricity capacity back into the grid.

12:13 – “Europe’s planned energy transition will depend greatly on having a modern grid,” said Vincent Thouvenin, Director for European Affairs of RTE. This transmission operator is for example working on connecting offshore wind farms to major users on land. In future, due to greater use of renewables, Europe’s grid will have to manage more volatile and flexible systems, because “RTE’s goal at all times is to provide a 50 Hz power supply at an affordable cost.” A modern grid will require a real industry shift, working with international partners, digital tools, and boosting high-voltage direct current so that lots of energy can be carried over huge distances. It will also be crucial to better match supply and demand, such as through flexible new solutions for energy storage.

33:30 – “The EU’s RE Directive is the most important lever for reducing greenhouse gases,” reckoned Niels Fuglsang, Member of the European Parliament Committee on Industry, Research and Energy. He noted that the European Parliament wants to see a 60% reduction goal for these emissions by 2030, which is a fifth higher than the current EU goal. As the EU is well on the way to meeting its goal of having at least a 32% share for renewable energy by 2030, we need new ambition and must set higher RE targets per country. “We must also ensure that the next EU budget and the Recovery Package both go in the direction of renewable energy,” he added. The good news is that COVID-19 doesn’t seem to have impacted European ambition to pursue RE, although Eastern European countries still dependent on fossil fuels like coal should be given more EU help.

41:20 – “Energy has always been key for modern societies, so we need more business solutions, like RTE’s cross-border grid interconnector between Germany and the Baltic countries,” noted Tinne Van der Straeten, Belgian Minister for Energy. She added that innovative energy policies are also vital at all levels, as they provide a framework for such solutions. Belgium is highly interconnected in terms of energy, hence the importance of the country cooperating with its neighbours on energy policies. The minister concluded that Europe should respond to the current pandemic and economic crisis by making more public investments, including in the energy sector, while associating governments and the private sector.

In Conversation with Kadri Simson

European Commissioner for Energy, Kadri Simson closed the Climate and Energy Summit by calling for “bold thinking and big investments” to raise the EU’s climate targets, including an extra €350 billion annually, to be raised by tapping into EU, national and private funds.

56:13 – “Our biggest challenge is to raise the EU’s climate targets significantly this decade, if we want to be climate neutral by 2050,” said Kadri Simson, European Commissioner for Energy. She highlighted the importance of more renovation to boost energy efficiency, especially in buildings, as these consume 40% of European energy.She noted that building renovation must also include digital and electric charging aspects. On the plus side, energy efficient improvements work will create more jobs for small businesses (10 new jobs for every €1 million invested in renovation) as well as happier citizens, who will see their fuel bills reduced. Simson also called for far more renewables in Europe, assisted by a better grid. Meanwhile, the private sector is increasingly involved in energy initiatives, such as the European Clean Hydrogen Alliance. International energy partnerships must also be enhanced, especially that with Africa, so that Africans can enjoy greater access to clean energy.