Increased investment in digitalisation and a sustainable economy in the Western Balkans can create opportunities for women by facilitating their access to infrastructure, while also stimulating the job market and raising the involvement of marginalised groups in shaping the future of the region. The COVID-19 pandemic brought forward many obstacles that these groups face on a daily basis, highlighting the existing inequalities of women vis-à-vis their male peers – especially when it comes to economic empowerment and employment opportunities. The level of women’s participation in the labour force in the Western Balkans remains rather low, while genderbased violence and discrimination keep growing hand-in-hand with a lack of access to infrastructure.

At its kick-off meeting in Tirana in April 2022, Friends of Europe’s Working Group on women’s economic empowerment in the Western Balkans emphasised that women who do not have access to infrastructure, and thus access to assets and services, also find themselves facing difficulties in thriving economically.

The Working Group held its second meeting on 14 October 2022 in Niš, the third largest city in Serbia, to establish concrete recommendations to facilitate and increase women’s access to labour infrastructure, assets and services. This second gathering was hosted by the City of Niš, with opening remarks by Mayor Dragana Sotirovski. Over 25 high-level personalities and experts, including national and local government representatives from the Western Balkans, European and international institutions, civil society, academia and the private sector, participated in the second meeting.

During four discussion rounds, Working Group members provided their insights on the main obstacles hindering women’s access to infrastructure, assets and services, and their direct connection to women’s economic empowerment in the region. The Working Group agreed that one of the key solutions is increasing access to finance while decreasing the gender-based imbalance in ownership rights. Members noted that Western Balkan countries have good legal infrastructures that approximate to those of the European Union but fall behind when it comes to implementation. A more proactive approach to legislation, rather than increasingly passive legislation, was welcomed by the Working Group as a means to implement the legal framework aimed at facilitating women’s access to equal economic opportunities.

The Working Group maintained that, in the Western Balkans, a traditional education system reinforces patriarchal gender roles from a very young age and influences a mindset that prohibits women from enjoying the same opportunities as men. Soft skill training, as well as raising awareness of women’s equal rights among teachers and parents, would normalise women speaking up and demanding their rights. Eradicating gender-based teaching from a very young age, at least in schools, would assist women’s sustainable economic empowerment in the region.

Investment in digitalisation and digital literacy would also be beneficial for women in the Western Balkans. While the region boasts high internet access rates, some inhabitants lack basic digital literacy, especially in rural areas. The COVID-19 pandemic allowed many women to use digital means and social media to turn crafts into businesses and even acquire new technological skills, which assisted in their economic independence. However, the Working Group admitted that these success stories are rather isolated and would require stronger public-private collaboration in increasing awareness and training.

Members agreed that women are the main bearers of the care economy in the region – more often than not via the unpaid work of looking after children and the elderly. The Working Group agreed that more incentives and subsidies would decrease the burden of women as the main carers of society. 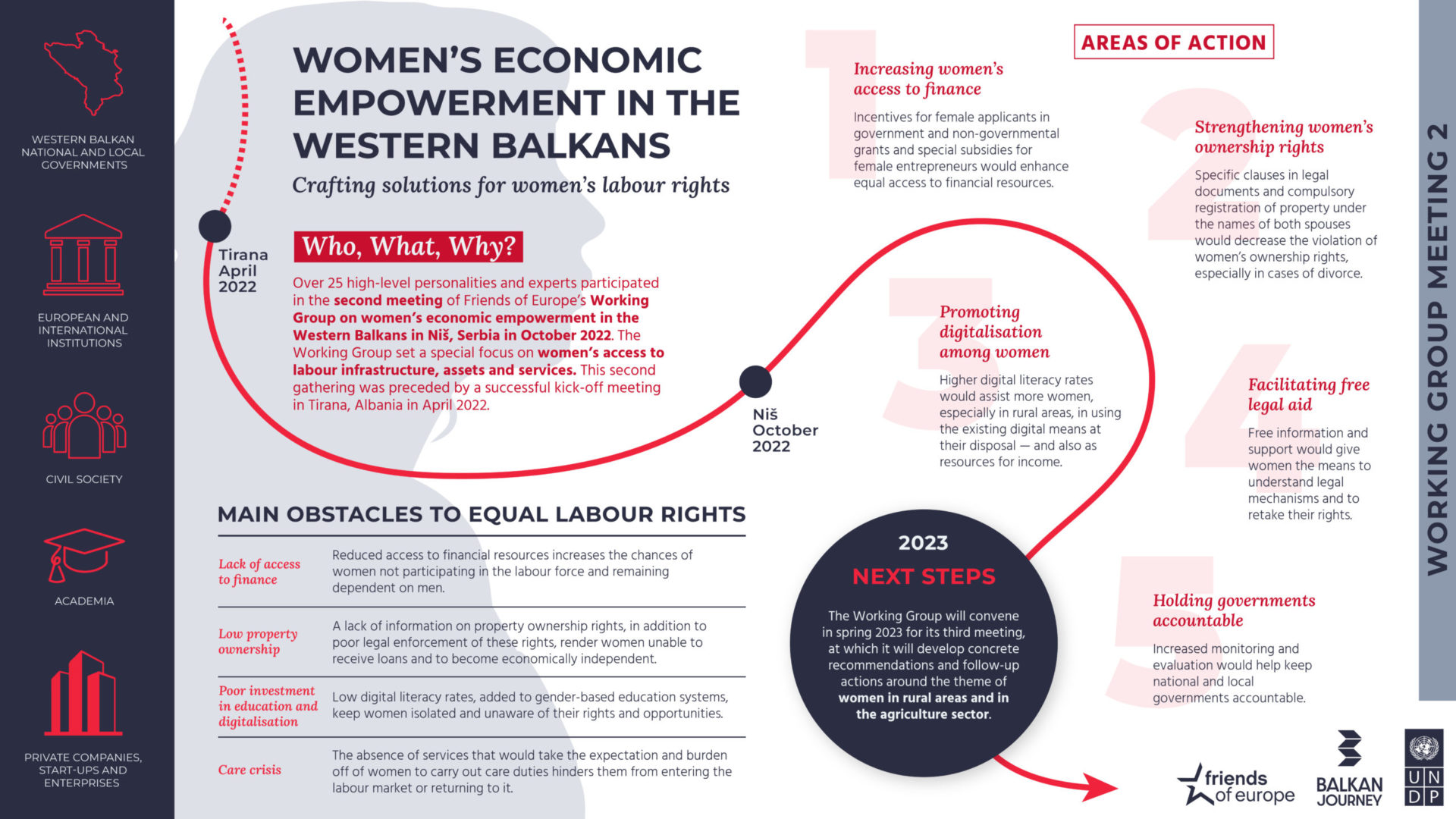 Founder and CEO of Active Albania

Owner and CEO of Saint Di

Serbian Minister for Human and Minority Rights and Social Dialogue

Expert on Competitiveness at the Regional Cooperation Council (RCC)

Director of Legal and External Affairs at Vodafone Albania

Project Officer at the Kvinna till Kvinna Foundation Office in Serbia

Mayor of the City of Niš

Executive Director at Foundation BFPE for a Responsible Society (BFPE)

Gordana Čomić was appointed to the cabinet of Serbian Prime Minister Ana Brnabić’s in October 2020. Formerly a member of the Serbian parliament, she served as deputy speaker of the Serbian National Assembly and acted as the chair of the Foreign Policy Committee. Čomić was also a member of the National Assembly delegation to the OSCE Parliamentary Assembly, where she was elected rapporteur of the Committee on Human Rights, Democracy and Humanitarian Affairs. Having founded the Women’s Parliamentary Network of the Serbian National Assembly, Čomić has actively advocated for gender equality and the equal participation of women in all decision-making positions in Serbia. 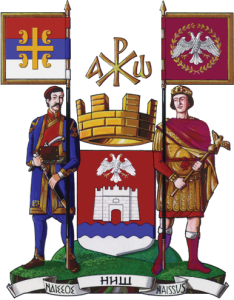