The situation is urgent, event moderator, Friends of Europe Director of Insights Dharmendra Kanani said. Citing the European Commission 2019 Communication on Forests, he highlighted that every year, a forest area the size of Greece.

“The challenges are huge,” Luc Bas, European Regional Director, International Union for the Conservation of Nature (IUCN), agreed. “After 100 years of uncontrolled consumption, our time is up.”

The new European Commission, that will take office on 1 November, will be central in providing solutions, said Koko Warner, lead author of the IPCC’s latest (August 2019) Special Report on ‘Climate Change and Land’, and also the UNFCCC’s Manager for Impacts, Vulnerabilities and Risks.

“A large decision making body like the EU is incredibly powerful, a lot can be achieved with policy,” she made clear. “This next five years is the decision-making period that will determine the trajectory into the future.”

Today, agricultural expansion is the most widespread form of land-use change, the conference heard. More than a third of arable land surface is used for cropping or animal husbandry. Better land management should therefore be a key priority of Commission President-elect Ursula von der Leyen’s promised ‘new European Green Deal’, which will also include a ‘Biodiversity Strategy for 2030’.

For Humberto Delgado Rosa, Director for Natural Capital at the Commission’s Directorate-General for the Environment, more measurability on biodiversity was essential. Urging all parties to bring commitments to the table, he emphasised: “Protecting and restoring ecosystems must guide all of our work.”

A greener Common Agricultural Policy must also be part of the new green deal, protecting nature and farmers instead of just agri-business, the IUCN’s Bas made clear. He hoped Commissioner-designate for Trade, Phil Hogan, with his recent experience as Agriculture Commissioner, could achieve this goal: “He has a huge opportunity to get this right.”

Finance is key to achieve land management and biodiversity goals, Bas continued. In addition, he called for a carbon tax linked to carbon pricing. “There is enough money,” he told the meeting. “But we need to see it gets in the right place, it’s about getting the taxation right.”

Friends of Europe’s Kanani agreed that if funds were redirected, there should be enough. The private sector must understand the value of ecosystem services, especially when the facts show there is a clear economic argument, he maintained: “Every one dollar investigated in sustainable land management yields three to six dollars in terms of ecosystem services.”

But unfortunately there is a catch, he said: “One would think that science, data, knowledge and learning should lead to sustainable social progress. But we find ourselves in a situation where politics and profit trump the need for urgent action.” 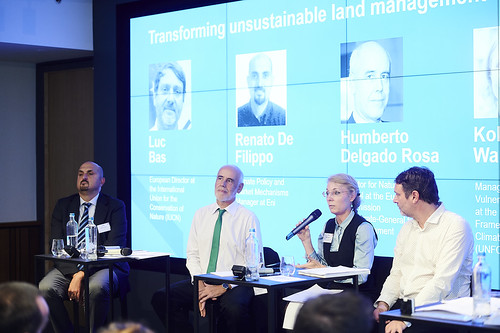 Nature plays a critical role in offering ecosystem services worth an estimated $110tn: biodiversity, regulating the water cycle, storing and filtering water, producing food and fuel, natural recycling of waste, eliminating pollutants and storing CO2. It is also our key ally to mitigate climate change. The upcoming Special Report of the IPCC, looking at how climate change affects land use, will demonstrate clearly that we are reaching planetary boundaries. Immediate action is required, as the disconnect remains high and the social and economic benefits lands and forests generate are undervalued. Europe should develop policy coherence for global prosperity and security, create awareness of the power of nature in carbon sequestration.

Nature plays a critical role in offering ecosystem services worth an estimated $110tn: biodiversity, regulating the water cycle, storing and filtering water, producing food and fuel, natural recycling of waste, eliminating pollutants and storing CO2. It is also our key ally to mitigate climate change. The upcoming Special Report of the IPCC, looking at how climate change affects land use, will demonstrate clearly that we are reaching planetary boundaries. In the last 150 years alone, 50% of the top soil on the planet has been lost and projections suggest this will only increase due to large-scale industrial farming, climate change, deforestation and urbanisation.

We are intrinsically dependent on land for the services it provides. As countries lose their topsoil and forests, they eventually lose the capacity to feed themselves. When looking for solutions, soil biodiversity, sustainable land-use management and reforestation are key in restoring the balance. As the disconnect remains high and the social and economic benefits that lands and forests generate are undervalued, immediate action is required. Europe should develop policy coherence for global prosperity and security, create awareness of the power of nature.

Lead Author of the 2019 IPCC Special Report on ‘Climate Change and Land’; and Manager of the Vulnerability subdivision, Adaptation division at the United Nations Framework Convention on Climate Change (UNFCCC)

Luc Bas is the Director of the International Union for Conservation of Nature (IUCN) European Regional Office in Brussels, serving as its representative in EU institutions and providing leadership and guidance for all activities undertaken by the IUCN, government and NGO members within the European context. This includes informing decision-making through the IUCN’s knowledge on topics such as the 2030 Agenda for Sustainable Development, Red Lists, Protected Area management, Natural Capital and promoting the use of nature-based solutions across different sectors. Prior to this role, Luc was European Director of The Climate Group in Brussels as well as an advisor on international sustainable development policies for both the Belgian Federal and Flemish governments.

Renato De Filippo has been working for more than fifteen years on climate change and low carbon policies at the Fondazione Eni Enrico Mattei and Eni SpA.
He is currently Eni’s Climate Policy Manager. Renato represents Eni in several international initiatives and associations. Among others, he is Vice-Chair of the climate change group at the International Petroleum Industry Environmental Conservation Association (IPIECA). Renato holds a degree in Chemical Engineering and an MSc in Environmental Economics from the Bocconi University in Milan.

Humberto Delgado Rosa is Director for Natural Capital at the European Commission Directorate-General for the Environment. Prior to this post, Humberto was the Director responsible for mainstreaming adaptation and low carbon technology at the Directorate-General for Climate Action. He has relevant experience in European and international environmental policy, particularly in climate change issues. He also served as Portugal’s Secretary of State for the Environment from March 2005 to June 2011 and was the EU lead negotiator for the UN Climate Change Conference during the Portuguese Presidency of the EU Council. Between 1995 and 2002, he was advisor for environmental matters to the Prime Minister of Portugal.

Koko Warner manages the UN Climate Secretariat’s Vulnerability subdivision where she guides the adaptation knowledge hub, helping to scale up adaptation action, and the Local Communities and Indigenous Peoples Platform. Warner is an Intergovernmental Panel on Climate Change (IPCC) lead author for the Special Report on Climate Change and Land, and 5th Assessment Report on climate impacts, adaptation and vulnerability. Previously, she was a founder and Executive Director of the Munich Climate Insurance Initiative and Head of Research on Environmental Migration and Social Resilience at UN University in Bonn. In 2014, she was named one of the top 20 women making waves in the climate change debate by the International Council of Science. 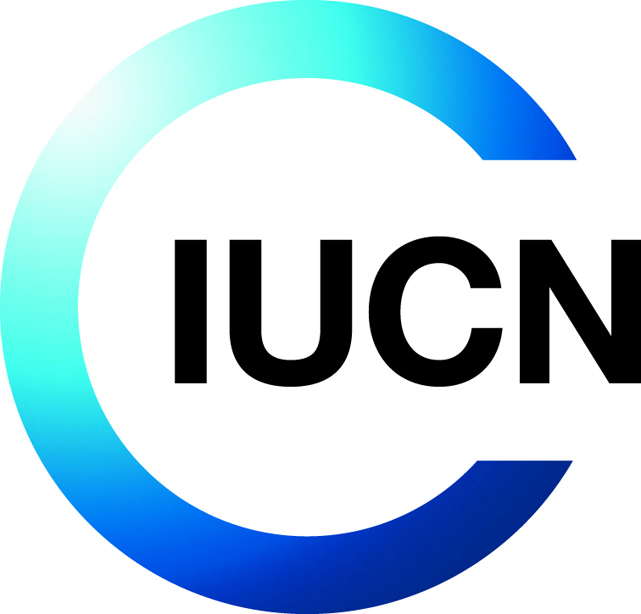