Africa is ‘stagnating’ when it comes to the UN’s 2030 sustainable development goals (SDGs), according to political advisors, NGOs and academics at Friends of Europe’s 17 June Policymakers’ Dinner “The quickening countdown to 2030”.

On the eve of the European Development Days, participants at the dinner (which was held under the Chatham House rule) agreed that private investment is the only way to make up for lost time.

With just 11 years to go, one participant estimated that the only SDG Africa will be capable of meeting in time is the goal on climate action (SDG 13). But if African regions work together – particularly to roll out new technology and attract foreign investment – there is hope, according to another participant: “Land-locked countries are not viable economic entities and need to integrate.”

For one participant, the SDGs should be taken to the “next level”, and looked at in tandem with practical issues, such as childcare. Another participant noted that Africa’s young and growing population is “a new market, an opportunity” for private investors interested in transport, energy and other big infrastructure projects.

There are entrepreneurial success stories on the continent. In Nigeria, one enterprising company has created a house-to-house recycling service using a fleet of low-cost cargo bikes. Rwanda is working with its neighbours to help attract foreign investment to the entire region of East Africa. And one NGO is working with village savings and loans institutions to help finance female and young entrepreneurs.

As one participant concluded: “It’s going to take everyone: the African Union, the European Union, the private sector, NGOs – and technology will be an integral part. Africa missed the first three industrial revolutions. We simply cannot afford to miss the fourth one.” 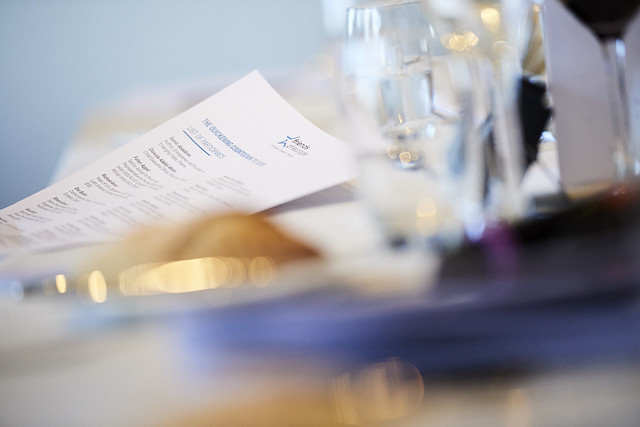 Learning from each other: The SDGs’ successes and failures

Held right after our Africa Summit and on the eve of the European Development Days, this invitation-only policy maker’s dinner will look at the main challenges in achieving the SDGs for public, private and civil society sectors. Participants will be encouraged to be frank and to speak openly about their experiences and ideas – and give their recommendations.

This event is part of our Development Policy Forum (DPF), which brings together a number of important development actors, including the Deutsche Gesellschaft für Internationale Zusammenarbeit (GIZ), the Agence Française de Développement (AFD), the Japan International Cooperation Agency (JICA), the European Investment Bank (EIB), the United Nations and the World Bank. Reflecting the growing role of the private sector in development, the DPF has now welcomed Coca-Cola and Eni to the forum. The DPF contributes to the global and European conversation on inclusive development. Through its activities and publications, the DPF reflects the rapidly-changing global debate on growth and development and seeks to encourage a multi-stakeholdered, fresh, up-to-date thinking on the multiple challenges facing the development community.

It’s the most ambitious project in the history of humankind. If successful, it would solve many of civilization’s most pressing challenges. Launched in 2015, the Sustainable Development Goals (SDGs) aim to end poverty, tackle climate change and fight inequalities, while promising to “leave no-one behind”. As international organizations, governments and practitioners around the world focus their work plans and strategies on the 2030 Agenda, data are being collected, reported on and organized in visualizations that can begin to tell the story of where we stand vis-à-vis our 2030 ambitions. Four years on, what have been the main challenges in achieving the SDGs for public, private and civil society sectors, and how can we learn from each other’s failures and success stories? How to bring people around a theme and work on building a conducive environment for development?