Rapid urban growth has thrown up contrasting visions of the future. Cities could become increasingly polluted and gridlocked, damaging inhabitants’ health and making it hard for them to get around. Or they could be cleaner and smarter, offering people a variety of options for moving rapidly and in a sustainable way to their destinations.

Panellists at a Friends of Europe conference, “Rethinking Urban Mobility”, said there are a variety of ways to make cities liveable and mobile, ranging from an optimised use of infrastructure and intelligent transportation systems to a mass shift towards bikes, walking, public transport and clean cars. The questions are: which of these will work best, and how will they be paid for.

Copenhagen, the 2014 European Green Capital, is often cited as a model for clean and smart mobility. The population has grown by a fifth in the past two decades and trips have risen by a quarter. But most of this increase has come from walking and cycling – helped by wide bike lanes and good public transport connections.

Mayor Morten Kabell says this is the only way to cope. “A city has a finite space, and we can’t just tear down blocks,” he said. “You have to tell people: ‘No, you can’t bring your car. That was the era of the fifties and sixties.’”

The auto industry is trying to make cars better suited to the new, crowded environment and to cut cars’ fuel consumption and carbon footprint. Though Paris recently announced it would ban diesel cars from 2020, new ones are vastly cleaner and more efficient than old ones, said Erik Jonnaert, Secretary General of the European Automobile Manufacturers Association (ACEA). “Extreme responses will not help us,” he said. “All options are a means to an end – to reduce emissions. Vehicles will have to make serious contributions, but we need to look at it in a more integrated way.”

Higher fuel taxes are likely to be more effective than any ETS-type scheme, said Jos Dings, Director of Transport & Environment. “The fuel tax is the single most important reason why we in Europe only use half the fuel of our North American friends per head,” he said.

Clean cars are still a niche market in the world, but better infrastructure could give them an important boost. Announcing a 315 bn euro investment plan in late November, European Commission President Jean-Claude Juncker said he had a vision of commuters charging electric cars along a motorway, in the same way we fill up with petrol.

Still, there are limits to what can be done at an EU level. “You cannot force the member states to have X percent electric infrastructure, because the differences between them are really high,” said Ismail Ertug, Member of the European Parliament Committee on Transport and Tourism.

And the complexity of cities and transport systems mean that models such as Copenhagen will not necessarily work elsewhere. “There are many different elements, so you can’t take solutions from one city and copy-paste onto another,” said Magda Kopczynska, Director of Innovative and Sustainable Mobility at the European Commission Directorate General for Mobility and Transport. “What does work is to let cities learn about solutions.” 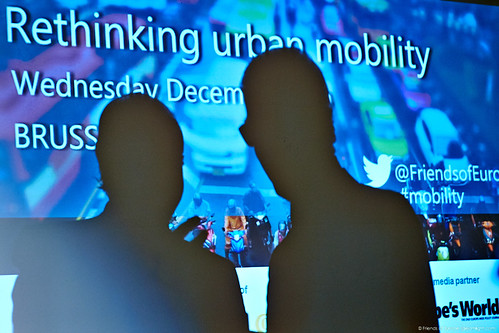 Rapid urban growth has thrown up contrasting visions of the future. Cities could become increasingly polluted and gridlocked, damaging inhabitants’ health and making it hard for them to get around. Or they could be cleaner and smarter, offering people a variety of options for moving rapidly and in a sustainable way to their destinations

As European cities rapidly expand – already home to three-quarters of the EU population and generating over 85% of the EU GDP – so does the need for urban mobility. That leads to increased congestion, air pollution and traffic accidents. Many existing car-based urban systems are close to a breakdown, being able to circulate quickly, conveniently, cheaply, safely, and with little environmental impact becomes a critical priority for the cities of tomorrow. But putting mobility trends on a sustainable path requires a total rethink of urban mobility, new travel habits, integrated and sustainable transport planning, optimised use of infrastructure and innovative business models. New technologies, innovative solutions and services are emerging, ranging from intelligent traffic management systems and modern public transport services to electronic ticketing and smartphone applications with real-time traffic information and journey planning data, but they are not yet taken up on the necessary scale. What market and policy barriers prevent the innovation potential in urban mobility to be unleashed? How can sustainable transport modes, like walking, cycling, public transport and car sharing, become an attractive alternative to private car use and ownership? Who should bear the costs of improved public services and networks, and which types of investment should be prioritised? How can greater collaboration between local authorities, innovative business leaders and conscious citizens be enhanced to create a collective next-generation transit system? Which cities are pioneering in sustainable transport solutions and how can we encourage exchange of best practices? What role can the EU and its funding play?

Head of Public Transport at the European Investment Bank (EIB)

Mayor of Copenhagen of Technical and Environmental Affairs

As Europe’s long-term climate and energy framework is at a crossroads, there is significant potential for greener transport solutions to play a major role in cutting carbon emissions, improving air quality, reducing costly oil import dependency and cutting fuel bills, while at the same time creating jobs and boosting competitiveness of the European automotive industry. However, despite technological progress and political efforts at the EU, national and local levels, the transport sector is still responsible for a quarter of Europe’s CO2 emissions from fossil fuels, and its share is growing. More than 95% of vehicles depend on oil, representing 60% of total oil consumption. Alternative electric, hybrid and fuel cell vehicles are still not cost-competitive and account for only 1% of total car sales in Europe, and the necessary accompanying infrastructure is largely insufficient. Moreover, different charging protocols, plug designs and billing systems have emerged in Europe making the cross-border trips virtually impossible. When will the standardisation of electric vehicle charging systems become a reality? What reasons can explain low popularity of climate-friendly cars among consumers and significant disparities among EU member states? What political, regulatory and financial measures and instruments can encourage greater fuel efficiency, investment in infrastructure and clean vehicles market uptake? How can innovation be spurred to reduce the cost and extend the lifespan of batteries and storage systems? Is there a need for binding 2030 sub-targets for renewable energy and GHG intensity reductions in transport? What are the prospects for the EU Emissions Trading System (ETS) to cover all transport sectors? 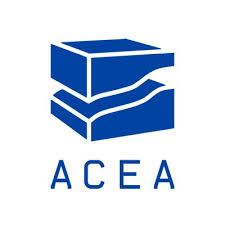 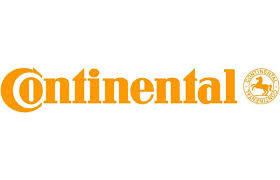