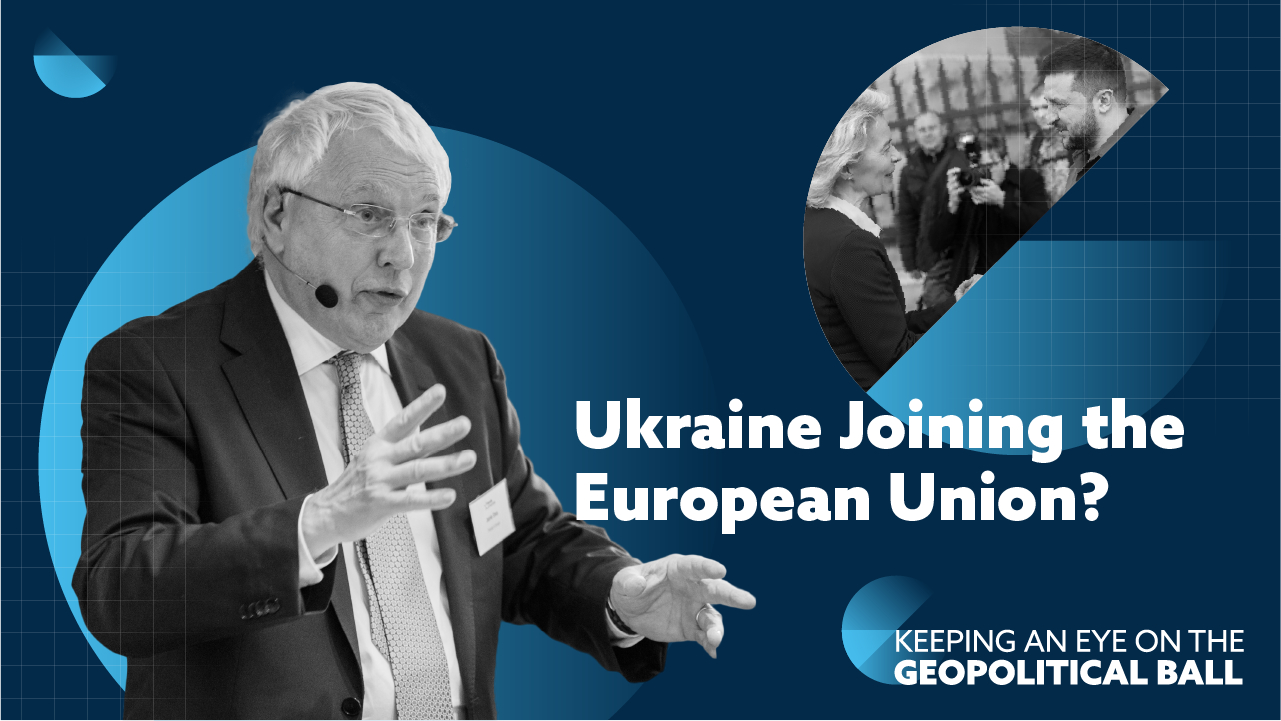 Ukraine Joining the European Union: an Impossible Endeavour? – Keeping an Eye on the Geopolitical Ball

This week on Keeping an Eye on the Geopolitical Ball, Jamie Shea, Senior Fellow at Friends of Europe, examines whether Ukraine can realistically become a member of the EU in the foreseeable future. While the Russian invasion of Ukraine led to a wave of goodwill from Europe towards Ukraine, Shea discusses how many EU countries, including France, do not want to put the deepening process of the Union in jeopardy by a premature process of enlargement that would see an unfit, corrupt and divided Ukraine join the European community. In this context, Shea affirms that the EU needs to give a strong political signal by presenting Ukraine with a candidate status, possibly with conditions or a reverse clause allowing the Union to slow the process down if required. Europe should also consider putting all aspirant countries – including Western Balkan states, Ukraine, Moldova and Georgia – in one group for them to share know-how as to the best way to prepare for EU accession. In addition, certain benefits of the EU, such as its single market, should be opened to Ukraine to give its people a concrete horizon to reach out to. Crucially, Shea asserts that before tackling such bureaucratic and legal issues, the EU must above all help Ukraine now in its war against Russia, mainly with weapons, finance and reconstruction funds.