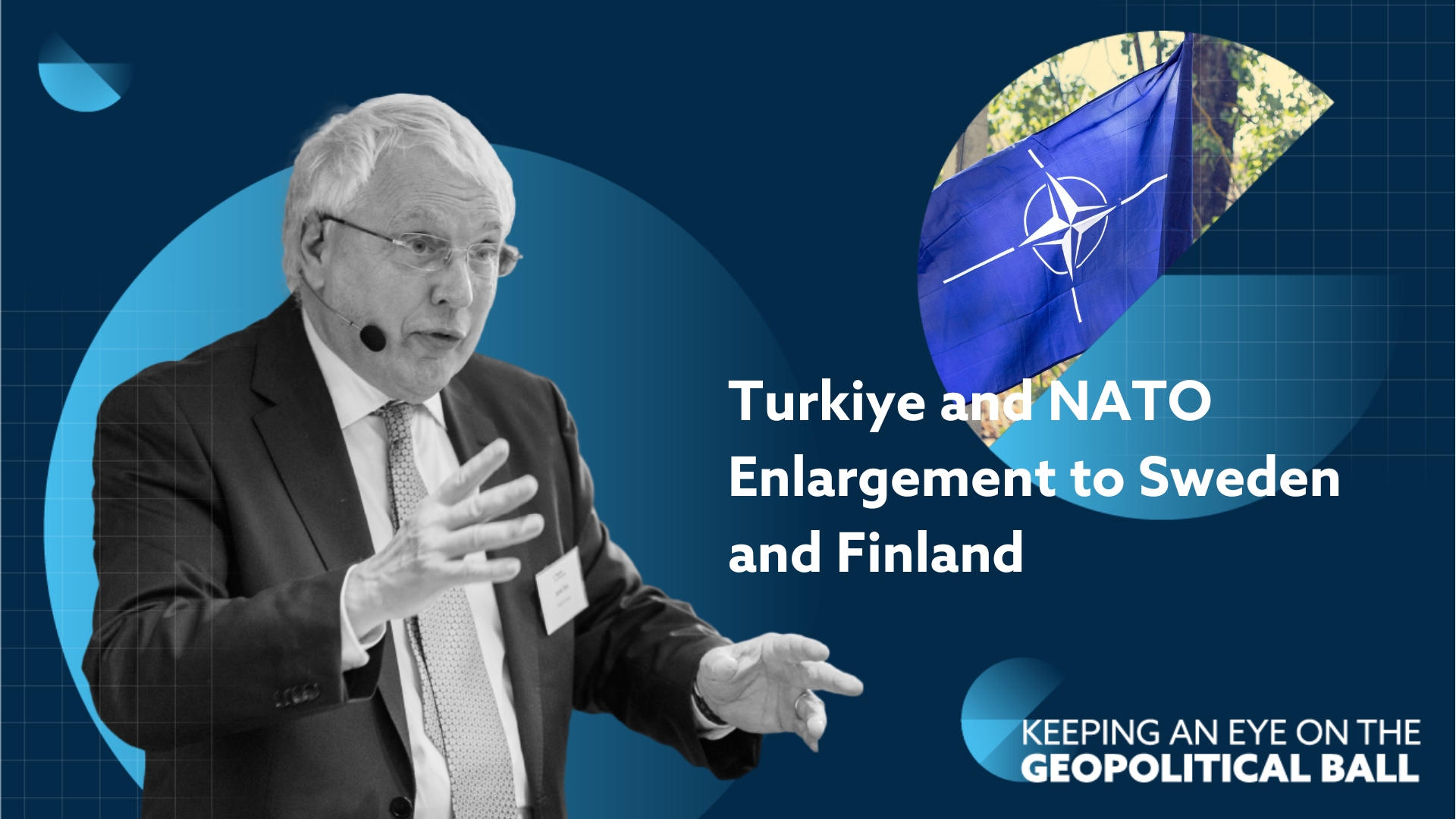 This week on Keeping an Eye on the Geopolitical Ball, Jamie Shea, Senior Fellow at Friends of Europe, focuses on the enlargement of NATO, especially the integration of Sweden and Finland within the organisation facing the opposition of Turkey. Shea reminds us that NATO has always been an enlarging alliance. Sweden and Finland are the first countries traditionally linked with the Western zone of influence to ask to join NATO while war is back in Europe, with the Russian invasion of Ukraine. Such enlargement would be very strategic for NATO, as it offers for instance better control over the Baltic Sea for the organisation, as well as would include the strong military capabilities of Finland and Sweden. Nevertheless, Jamie Shea reacts to the reasons for the Turkish veto regarding the integration of those two countries within NATO. The first one would be the accusations of Turkey of the presence of Turkish terrorists hosted by Sweden and Finland and for which Turkey is asking for extradition. Another reason would be the lack of support of NATO towards Turkey and its security challenges. Among the solutions he proposed to enable Turkey to support this enlargement, especially because Turkey has always been a strong supporter of NATO enlargement, NATO should strengthen its support to Turkey in facing domestic terrorism and threats as well as provide more modern military systems to Turkey.