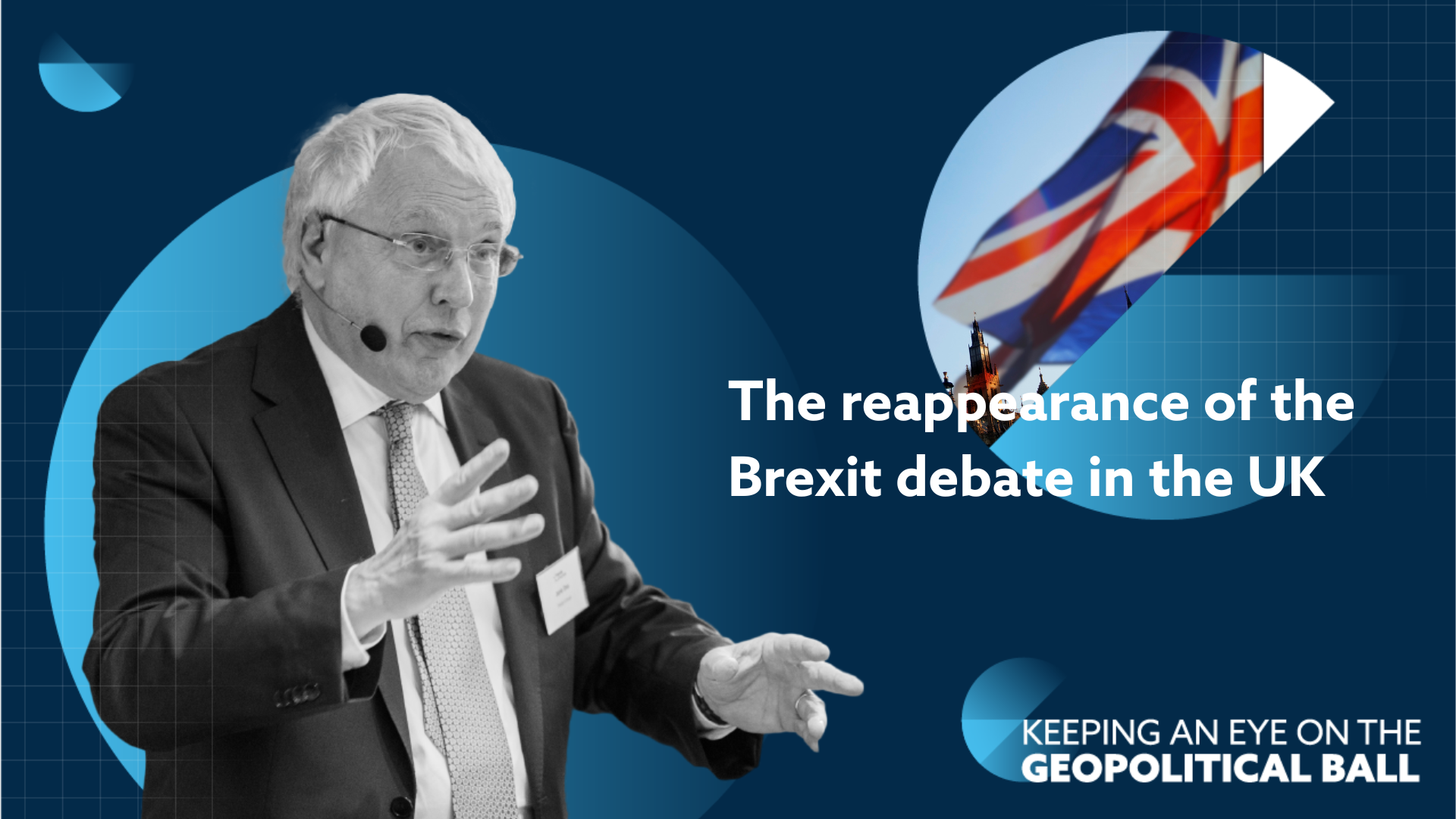 This week on Keeping an Eye on the Geopolitical Ball, Jamie Shea, Senior Fellow at Friends of Europe, focuses on the reappearance of the Brexit debate in the UK, especially following the rumours on the negotiations between the UK and the EU to sign a “Swiss-style” agreement. Shea reminds us of the desire of the new British government led by Prime Minister Rishi Sunak to establish a less confrontational and more balanced relationship with the EU. Nevertheless, Jamie Shea reacts to the shift of the British population’s point of view on the EU, noticing that currently more and more UK citizens are regretting Brexit. He explains that such shift of the mood can be explained by different factors, including the economic problems of the UK as well as the war in Ukraine and its consequences on the UK. When it comes to the rumours on a “Swiss-style” agreement between the UK and the EU, Shea advances that the EU is unlikely to be interested in such agreement as it includes specific measures for each sector and because the EU would make less exceptions and opt-outs for the UK in case of new negotiations. Nevertheless, Shea stresses out that the UK must maintain close relationship with the UK especially on specific interests, for instance to include the UK on talks within the EU framework regarding security and defence challenges in Europe as well as establishing a more profitable relationship with the EU regarding trade and the import/export rules.