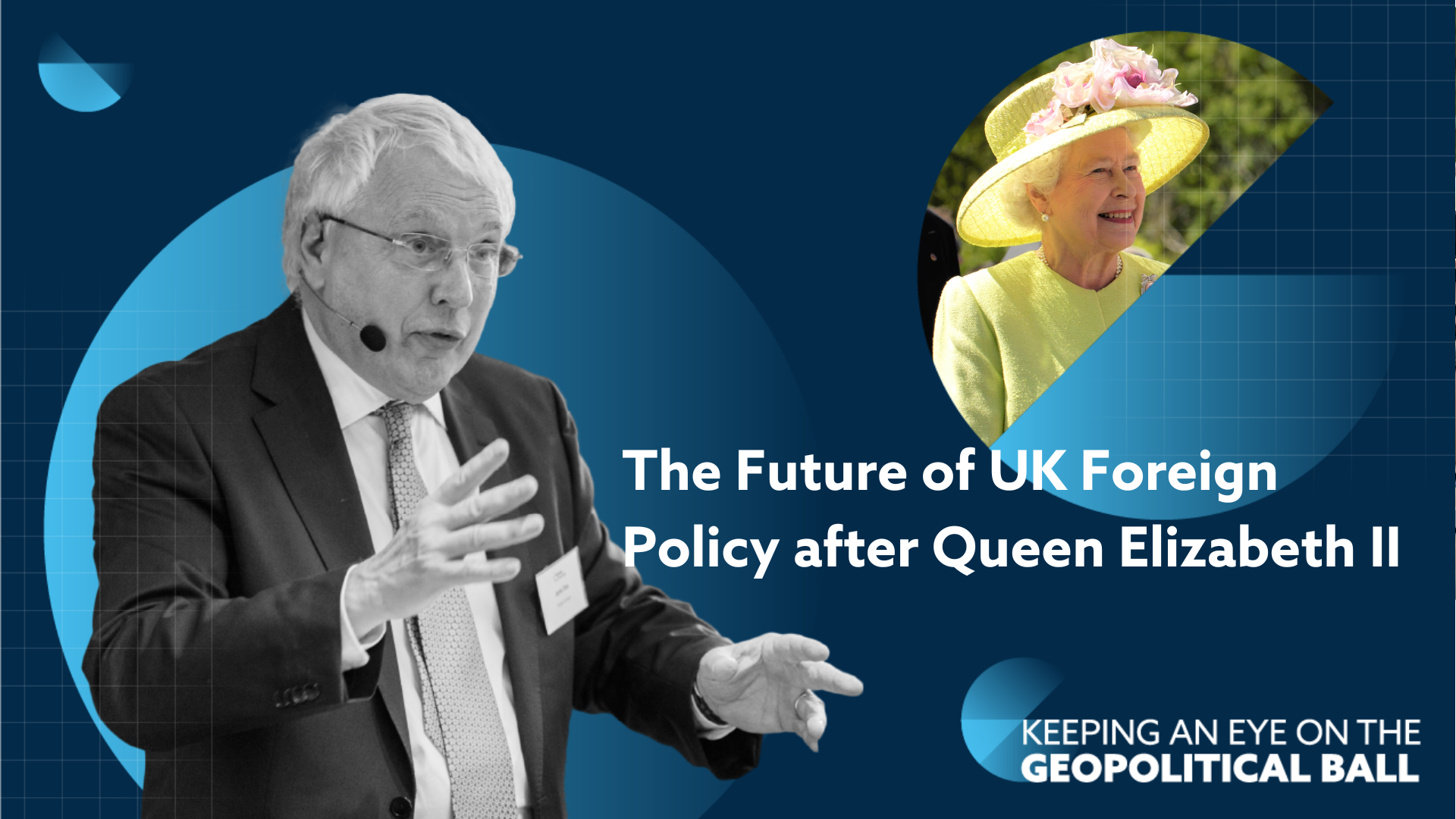 The Future of UK Foreign Policy after Queen Elizabeth II: Time for a Reset? – Keeping an Eye on the Geopolitical Ball

This week on Keeping an Eye on the Geopolitical Ball, Jamie Shea, Senior Fellow at Friends of Europe, discusses the future of the British foreign policy in the context of the death of Queen Elizabeth II, which coincided with the arrival of Liz Truss as the country’s new Prime Minister. Shea asserts that while the new chief of government will face a dauting domestic agenda, she should also seize the opportunity to launch a new, more cooperative and rational period on the international stage. This is essential since the UK has yet to find satisfying alternatives to good relations with the EU – no trade agreement with the US was concluded and relations with China have never been worse – and as the passing of the Queen opens the very real prospect of a dismantling of the Commonwealth. To address this situation, Shea affirms that Liz Truss should first call off the currently assembled legislation seeking to overrule the Northern Ireland Protocol that is a fundamental part of the Brexit agreement and put an end to all discussions around the UK’s potential withdrawal from the European Convention of Human Rights, as such decisions would discredit the UK as a reliable partner on the world stage. By contrast, the new PM would be well-advised to restore contacts with France, reach out to the EU to cooperate in energy and defence and seek to be part of future EU trade agreements.