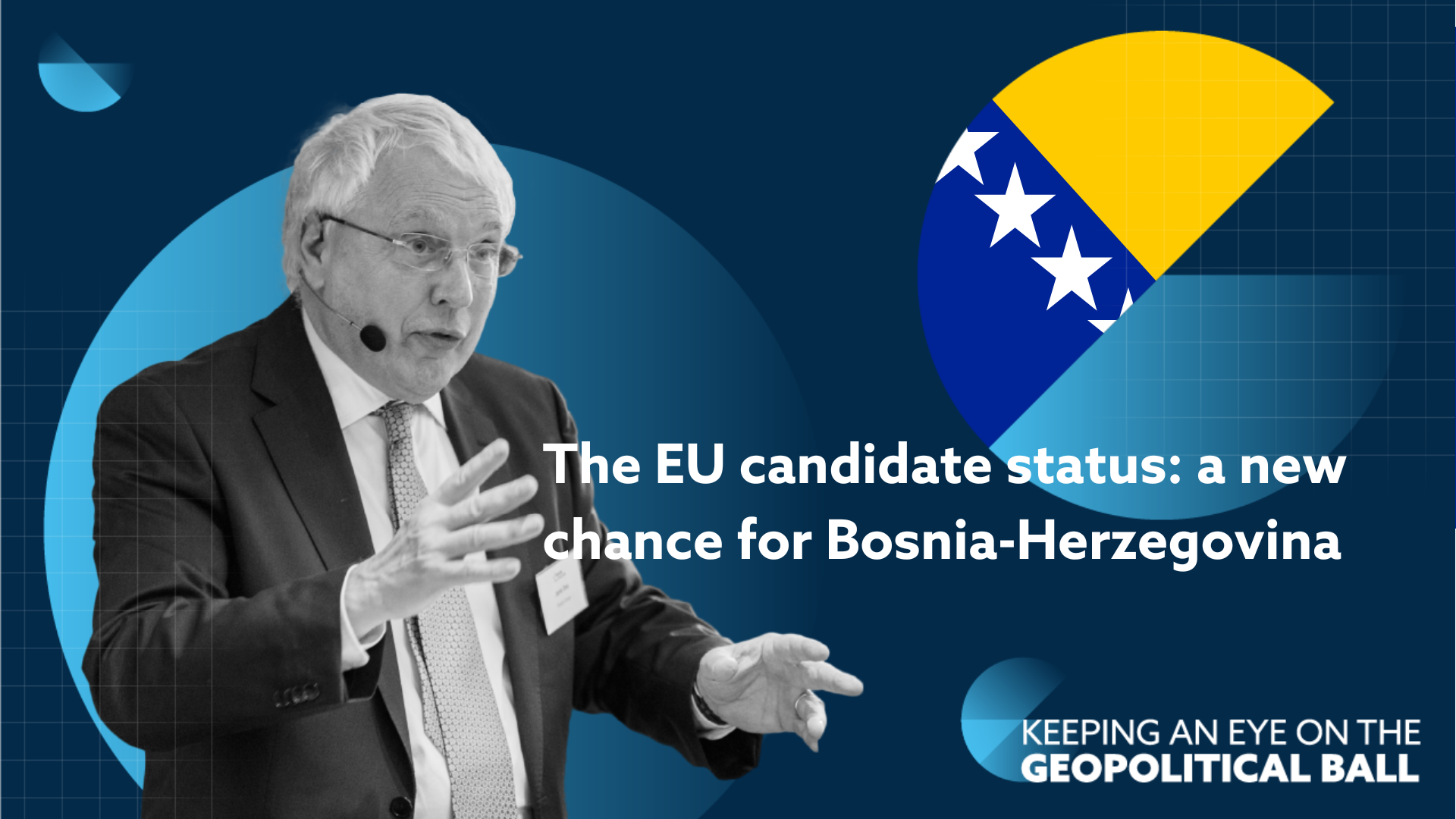 The EU candidate status: a new chance for Bosnia-Herzegovina – Keeping an Eye on the Geopolitical Ball

This week on Keeping an Eye on the Geopolitical Ball, Jamie Shea, Senior Fellow at Friends of Europe, reacts to the recommendation of the European Commission to grant Bosnia-Herzegovina the status of candidate to enter in the European Union. Through a reminder on the recent past of the country, including the war and the post-war periods, Shea details the consequences of the war on Bosnia-Herzegovina, namely the rise of corruption, the rebuilding of the country, the threats of independence from the Bosnian Serbs and the accusations of being a “a failed State”. To mitigate and address the post-war period, Shea affirms that it was, and it is still very hard for Bosnia-Herzegovina to fulfil the criteria to enter in international and regional organisations due to the high level of corruption as well as the tensions within the structure of the State between the members of the Presidency and the constant victories of nationalistic parties at the elections.

Furthermore, Shea is drawing its attention especially on what the EU candidate status can change for Bosnia-Herzegovina and its future, as it would bring for instance more EU help and fundings but also pave the way for more reforms. A special committee to fight against corruption may for instance be established and more foreign investment could finance the country’s economy.

Nevertheless, Shea also asserts that Bosnia-Herzegovina has many obstacles on its way to be an EU Member State, such as the influence of Russia and China within the country, the close ties of the Bosniaks with Turkey and Saudi Arabia as well as the opposition of the Bosnian Serbs, led by Milorad Dodik, towards an integration of the country to the EU.

Shea advances that an EU candidate status would bring hope to Bosnia-Herzegovina and could strengthen the Bosnian Federal State, much needed to diminish political disturbances and corruption.