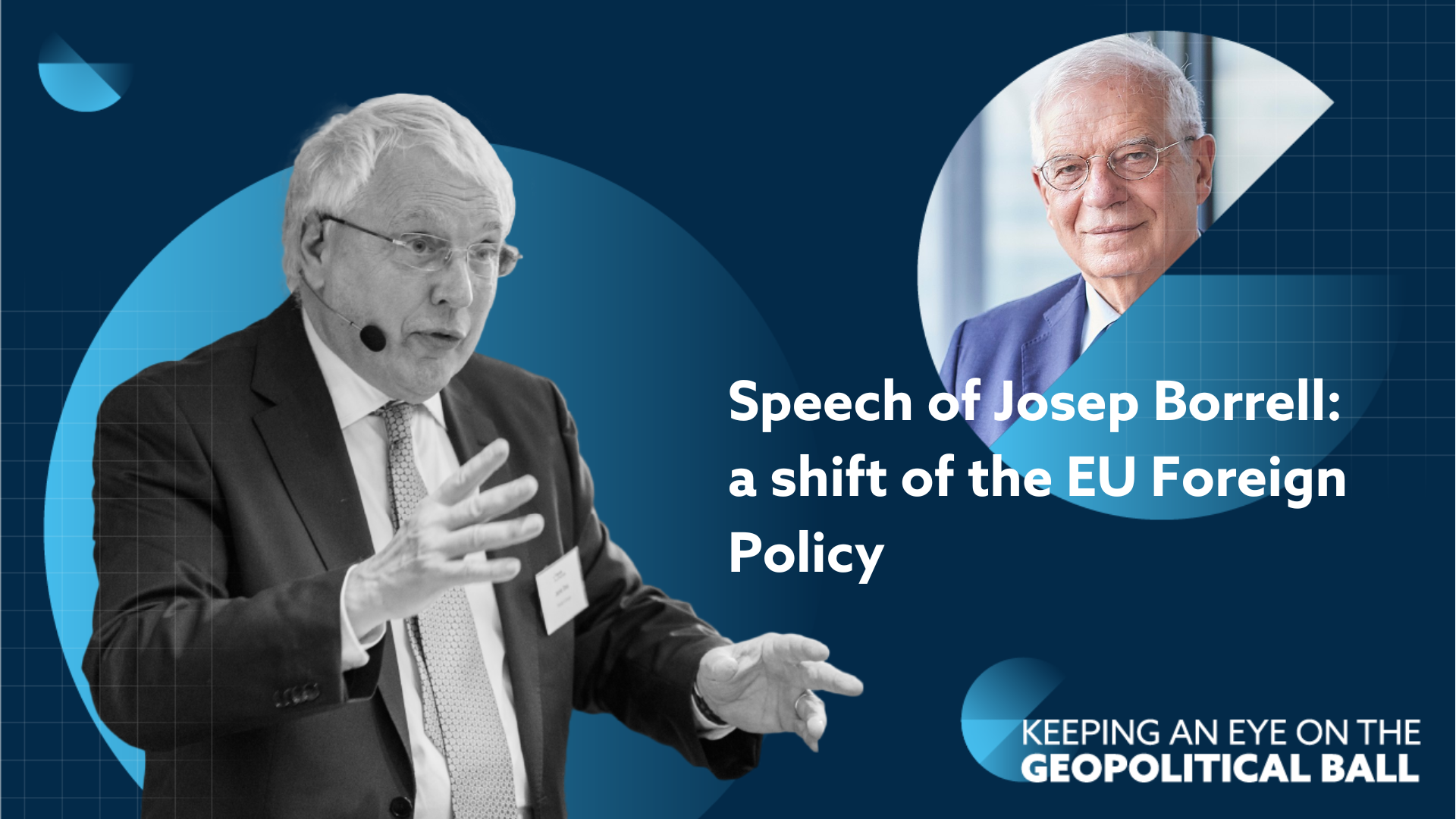 Speech of Josep Borrell: a shift of the EU Foreign Policy – Keeping an Eye on the Geopolitical Ball

This week on Keeping an Eye on the Geopolitical Ball, Jamie Shea, Senior Fellow at Friends of Europe, reacts to the inaugural speech of the European Diplomatic Academy made by the EU’s High Representative for Foreign Affairs and Security Policy Josep Borrell. Shea gives an analysis of a speech that came under fire, comparing Europe to a “garden” and the rest of the world to a “jungle” that could “invade the garden”. More than an analysis, Jamie Shea details the shift of the EU Foreign Policy that reveals such a speech. Through a reminder of the foreign policy at the beginning of the European project, focused on a humanitarian and peace-focused foreign policy, he affirms that the EU Foreign Policy is now more linked with the protection of EU interests, for instance with the launching of EU operations to counter terrorist groups as well as the training of Ukrainian soldiers within the EU.  Following such speech as well as the report published last week by EU civil servants on foreign affairs that suggests Ministers of Foreign Affairs of the EU Member States to take a tougher line towards China, far away from the peaceful competition with China view included in the EU Foreign Policy since many years, Shea advances that the EU Foreign Policy is adapting to a more gloomy vision of the world with authoritarian regimes being considered as rivals of the EU.