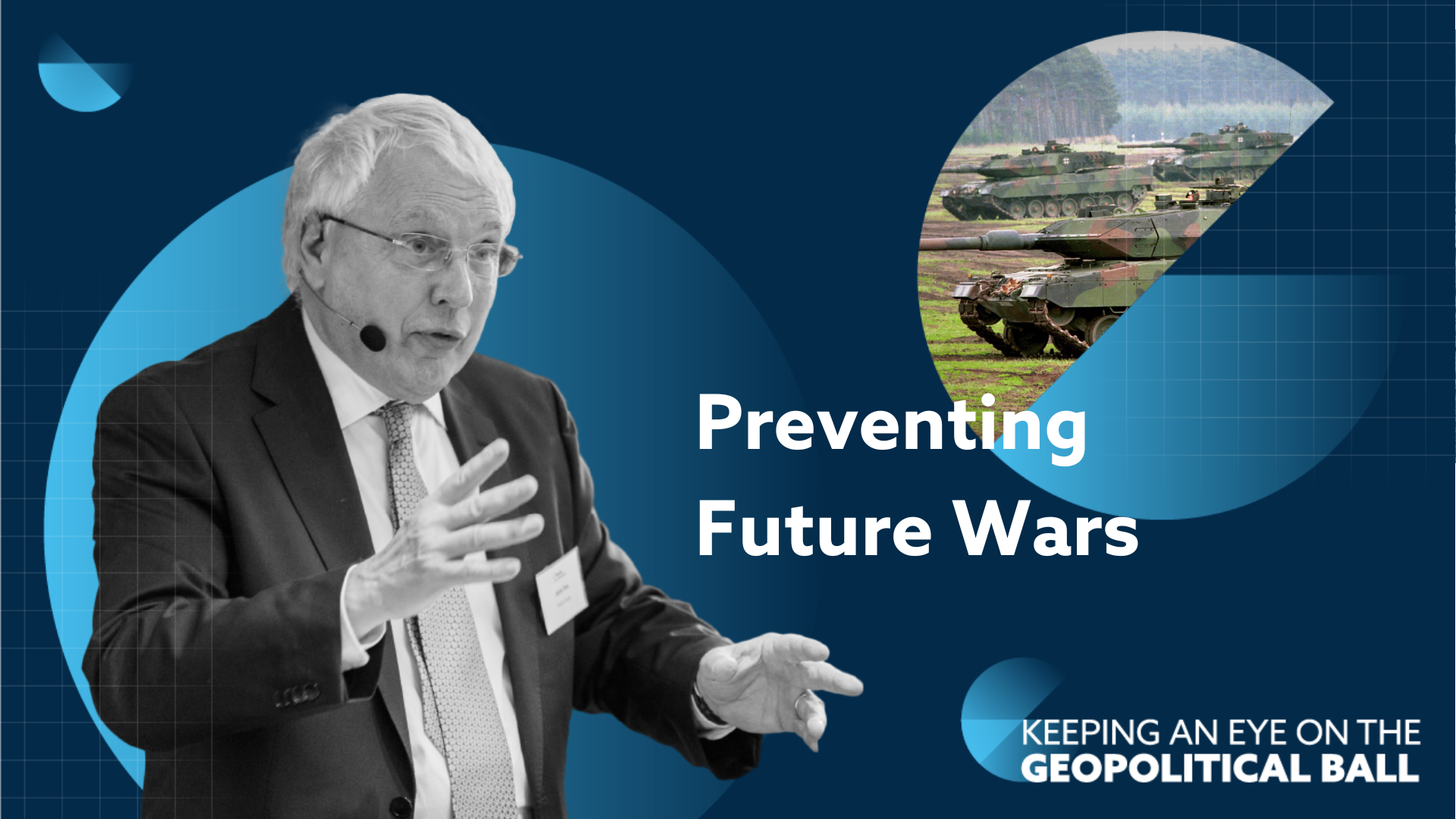 Preventing Future Wars – Keeping an Eye on the Geopolitical Ball

This week on Keeping an Eye on the Geopolitical Ball, Jamie Shea, Senior Fellow at Friends of Europe, tackles the imperative for world leaders to prevent future wars on the backdrop of United Nations General Assembly and in the context of the on-going war in Ukraine. Highlighting the sombre tone of the UNGA but also the fact that not all disputes tip over to open warfare, Shea examines the main factors that lead decision-makers to pull their countries into disastrous and murderous armed conflicts, namely the accumulation of power any one person’s hands, the absence of checks and balances, misperceptions and uncertainty, the tendency for leaders to overcommit to their initial objectives, and the propensity for side factions to pull their states in bellicose directions. To mitigate and address these elements, Shea affirms that checks and balances must become a central component of all governments worldwide, whether democratic ones such as the media and parliament or those of the less democratic kinds, such as private businesses and the military institution. He also asserts that states seeking to prevent conflicts should strive to increase the certainty for leaders contemplating armed endeavours to face huge costs if they go ahead with their plans. Primarily Shea advances that given how avoiding hostilities often requires the intervention of a mediator, the UN should step up and take on this role more regularly and early on as an intermediary between conflicting parties.