State of Europe, the festival of politics and ideas, delivered an unequivocable message on the need for the West to maintain support for Ukraine’s resistance to Russian aggression, framing the conflict as part of an existential struggle between democracy and new forms of authoritarianism that recall the darkest days of Europe’s 20th-century history.

Friends of Europe’s flagship annual high-level roundtable, held on 27 October 2022 at Egmont Palace in Brussels, recognised that the hardship imposed on citizens across Europe by the economic impact of Russia’s war – which comes on the heels of the financial and COVID-19 crises – has given added urgency to the need for a Renewed Social Contract.

That contract must define the role of government, business and civil society in reducing inequalities of opportunity, fighting climate change through an inclusive green and digital transformation, promoting new leadership, regenerating democracy and reframing Europe’s role in the world.

With those priorities in mind, State of Europe brought together over 200 senior past-and-present officials from local, national and international institutions, and leaders from business, technology, civil society, finance, diplomacy and the arts. The voices of European citizens and European Young Leaders (EYL40) were also heard.

The day-long meeting brainstormed the way forward and suggested recommendations that will feed into Friends of Europe’s goal of developing a Renewed Social Contract by 2030, a journey that will start with the presentation of concrete policy choices to European and national institutions in the context of the 2024 European elections and appointment of a new European Commission.

In addition to the priority of thwarting Russia’s war and building the Renewed Social Contract, topics included the state of globalisation and strategic autonomy in the new geopolitical landscape; boosting the resilience of digital society; rewiring health systems in the wake of COVID-19; and redefining an inclusive and sustainable model of economic growth. 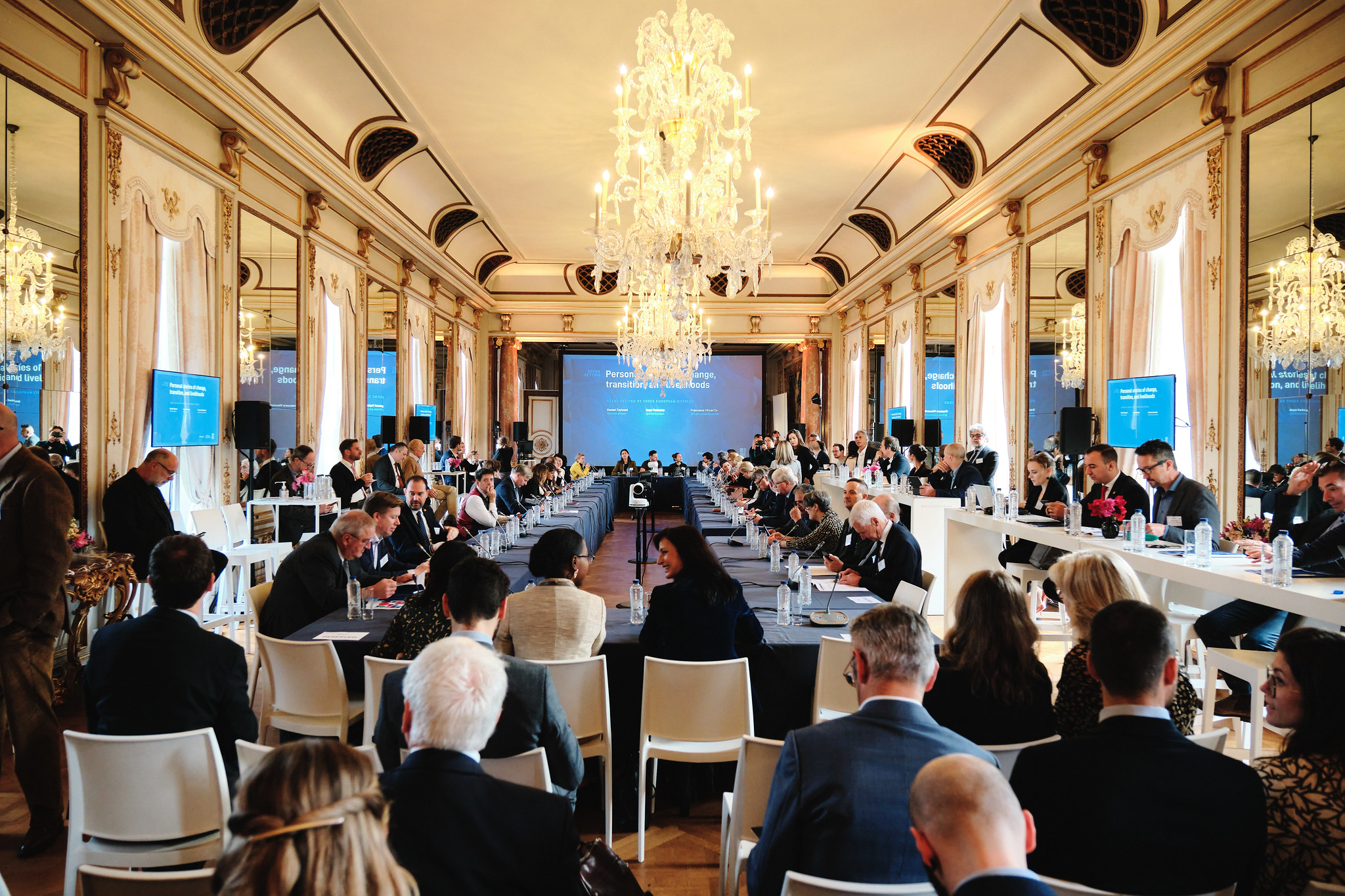 Are you interested in more? Read articles, policy briefings and more written by Friends of Europe and its partners: