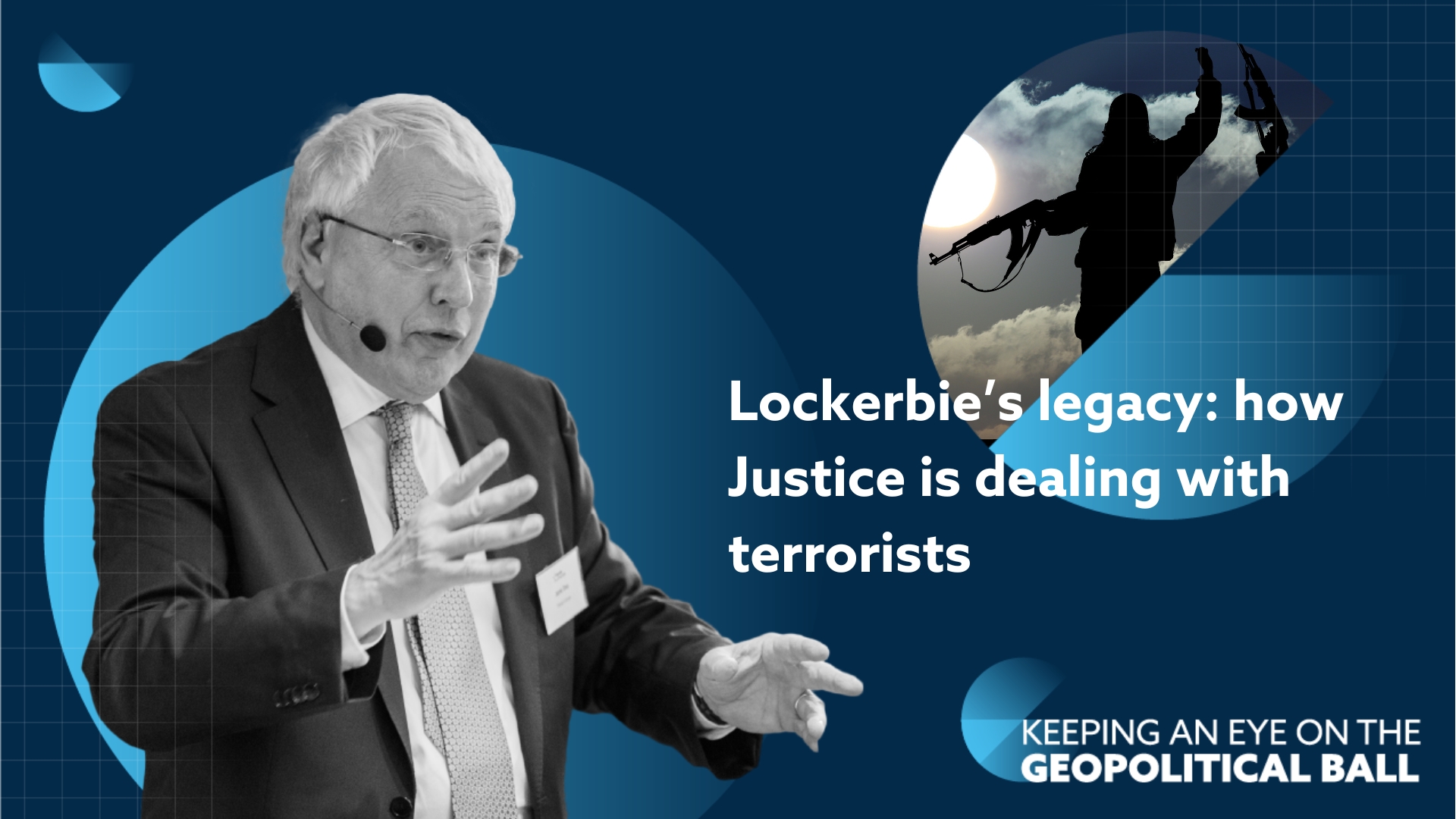 Lockerbie’s legacy: how Justice is dealing with terrorists – Keeping an Eye on the Geopolitical Ball

This week on Keeping an Eye on the Geopolitical Ball, Jamie Shea, Senior Fellow at Friends of Europe, reacts to first appearance in a US federal court of Abu Agila Masud last Monday, accused of having played a key role in the terrorist attack that destroyed the plane of the Pan Am flight 103 over the Scottish town of Lockerbie on December 21st 1988.  Jamie Shea reminds us that the Lockerbie terrorist attack is the biggest crime committed in the UK. He analyses this new trial as a triumph of human perseverance, regarding the determination of the victims’ families in obtaining justice and to make sure that the judicial system is sentencing the ones guilty of the attack. For Jamie Shea, such new trial is also bringing back the question on the creation of a newly International Court for Terrorism, responsible to judge all the terrorists all over the world but which would also lead to an increased cooperation between all the States regarding counter-terrorism tactics.