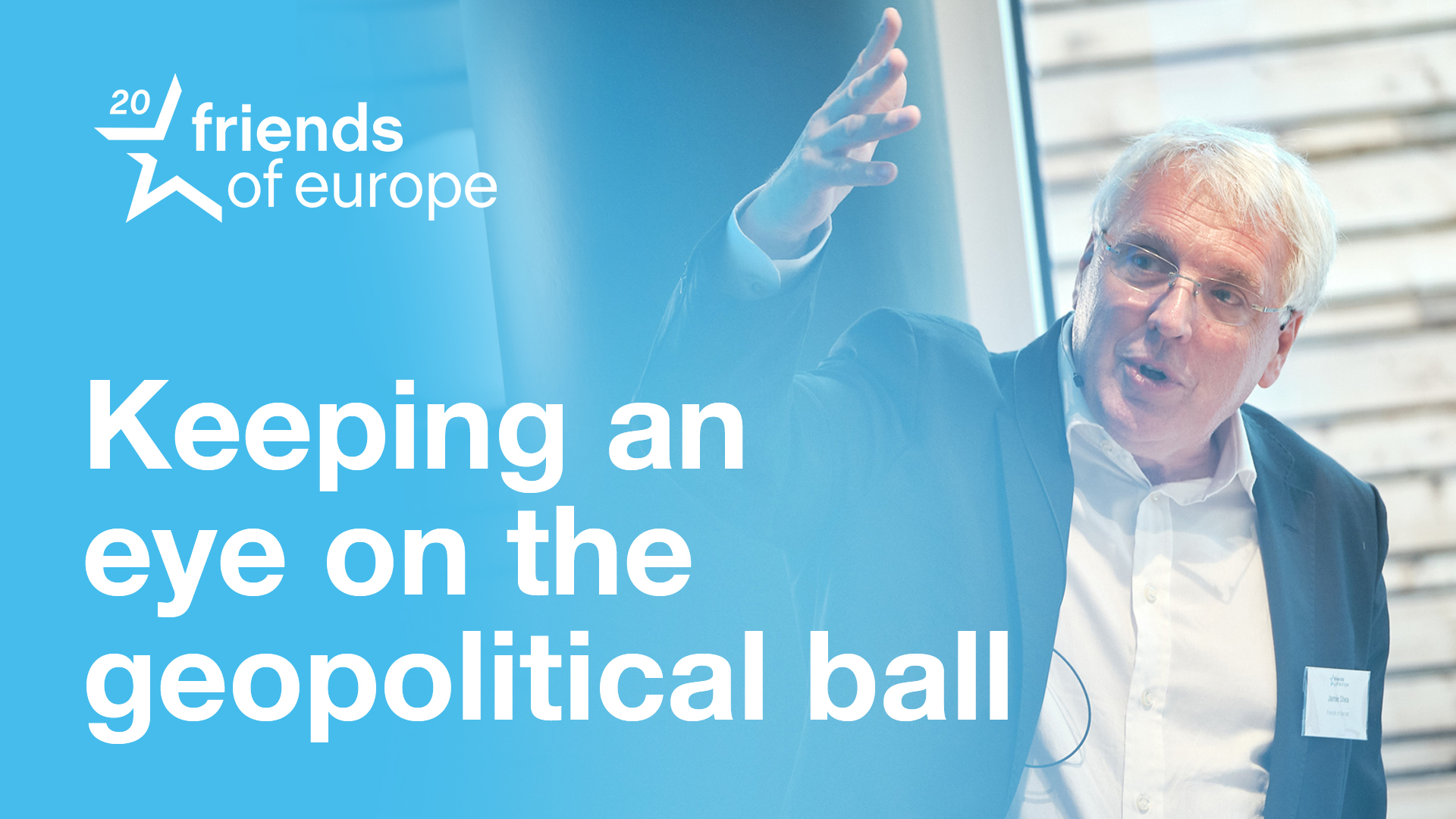 Keeping an Eye on the Geopolitical Ball: Shedding Light on the Balkans

Right now, the world is reeling from the impact of the COVID-19 crisis. Forward-thinking is focused on the social and economic fallout from the pandemic, and the present priority is to stop the spread of the virus. However, although attentions are elsewhere, the geopolitical ball has not stopped rolling. While governments and the news cycle are distracted by this global health crisis, pre-existing conflicts and security issues have not disappeared. Some have even been further exacerbated by the COVID crisis. This new video series, hosted by Jamie Shea, Senior Fellow at Friends of Europe, aims to shed light on issues that have been overshadowed by this crisis. The emphasis is on concerns that existed pre-crisis and will continue to exist after, with the potential to cause further volatility in the geopolitical fault lines of an already destabilised world.

This week on Keeping an Eye on the Geopolitical Ball, Jamie Shea, Senior Fellow at Friends of Europe, breaks down the recent developments in Serbia-Kosovo* relations.

* Footnote from Friends of Europe – For the United Nations Development Programme, references to Kosovo shall be understood to be in the context of Security Council resolution 1244 (1999). For the European Union, this designation used is without prejudice to positions on status, and is in line with the UN Security Council resolution 1244/1999 and the International Court of Justice Opinion on the Kosovo declaration of independence.