Youth around the world are demanding change. From the streets of Beirut, Santiago and Hong Kong, to the global frontlines of the battle against climate change and the swelling ranks of millennial politicians with a foothold in government, the generation of the future is impatient for a slice of power right now.

Against that backdrop, Friends of Europe (FoE) and the Anna Lindh Euro-Mediterranean Foundation (ALF) drew young leaders from Europe, North Africa and the Middle East for a unique two day seminar to share experiences, debate pressing issues, and exchange ideas with influential figures from government, business, civil society and the arts.

The seminar sent a positive message on the strength of people power led by youngsters who, despite being under-represented at the political level, can still be a driving force for change and innovation. Participants from north and south of the Mediterranean underscored the importance of partnering to confront issues that cut across borders: inequality, gender rights, migration and inclusion, sustainable agriculture and the climate crisis.

There were warnings about the risks of “slacktivism” and the dangers of all-powerful social media platforms, fake news and cyber-repression. However, with the world’s 1.8bn young people forming history’s most-interconnected generation, mainstreaming youth participation in global decision-making was highlighted as a key tool for rebooting regional cooperation and countering the polarisation that increasingly blights political discourse in regions around the world.

Key objectives involved breaking down silo-based thinking by bringing together participants from different backgrounds, views and expertise; forging new networks and, most importantly, translating these discussions into collaborative action that can make a real difference. 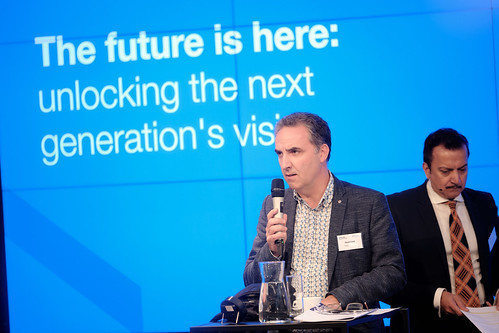 Read more about "Unloved it may be, but there's a strong case for a 'Euro-Davos'"