European Union integration has advanced significantly over the last 30 years, but the bloc’s milestones also remind us how far we have to go. This key conclusion emerged during ‘Europe and the fall of the Berlin Wall’, the third debate in the ‘Lessons from history’ series, organised in Brussels by Friends of Europe on 13 November 2019. It featured three experts who witnessed this momentous event, when thousands of EastGermans crossed peacefully into the West as border guards stood aside, bringing to an end the 44-year division of a sovereign country.

The debate explored lessons learned and the international response, as well as recommendations for strengthening the European project against the backdrop of global uncertainty.

“The Wall’s demise in November 1989 led to German reunification, heralded the ColdWar’s end and suggested Western democracy was all-powerful,” noted the moderator Jamie Shea, Senior Fellow, Friends of Europe and former deputy assistant secretary-general at NATO. Yet initial euphoria about a positive new world faded, followed at times by a sense of disillusionment, as Europeans grasped the huge challenge of uniting their continent both politically and economically. 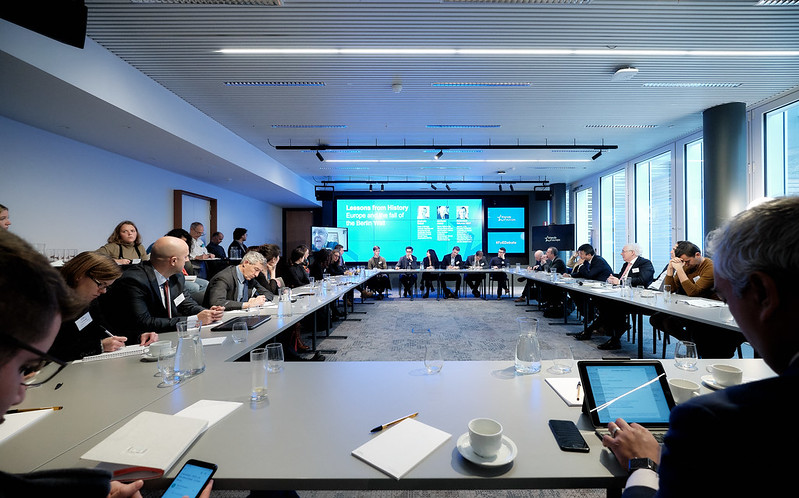