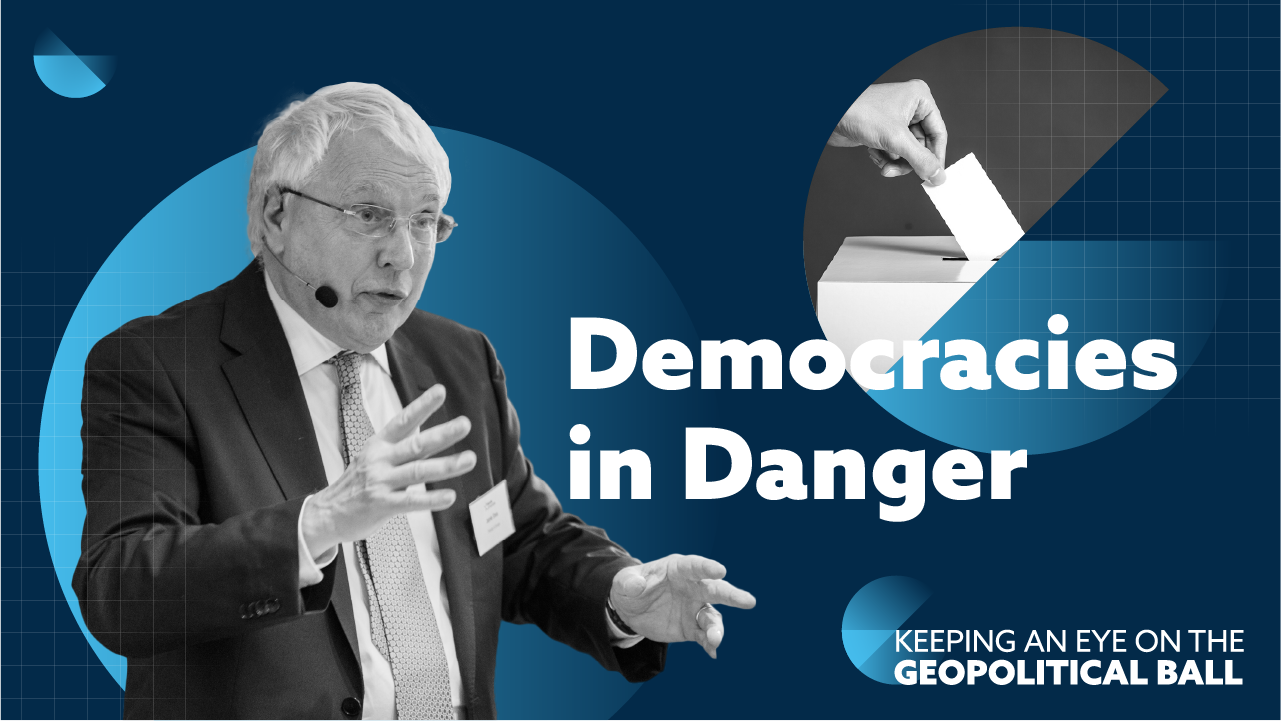 Democracies in Danger – Keeping an Eye on the Geopolitical Ball

This week on Keeping an Eye on the Geopolitical Ball, Jamie Shea, Senior Fellow at Friends of Europe, discusses the latest report of the V-Dem Institute, investigating the state of democracies worldwide. The erosion of democratic norms, an increasing amount of democracies turning into autocracies and the radicalization of existing autocracies – three developments identified by the V-Dem institute that lead to the report’s conclusion that the state of the democracies on a global level is the same as in 1989. Shea argues against this conclusion, but at the same time recognizes the factors that put democracies into danger: Propaganda and lies from politicians without real consequences, disinformation in a broader sense, polarisation, and the demise of the traditional political party.

Read more about "The world’s food crisis: too late to avoid the hunger, but can we still avoid the famine?"

Read more about "World hunger crisis - is an apocalypse awaiting us? - Keeping an Eye on the Geopolitical Ball"