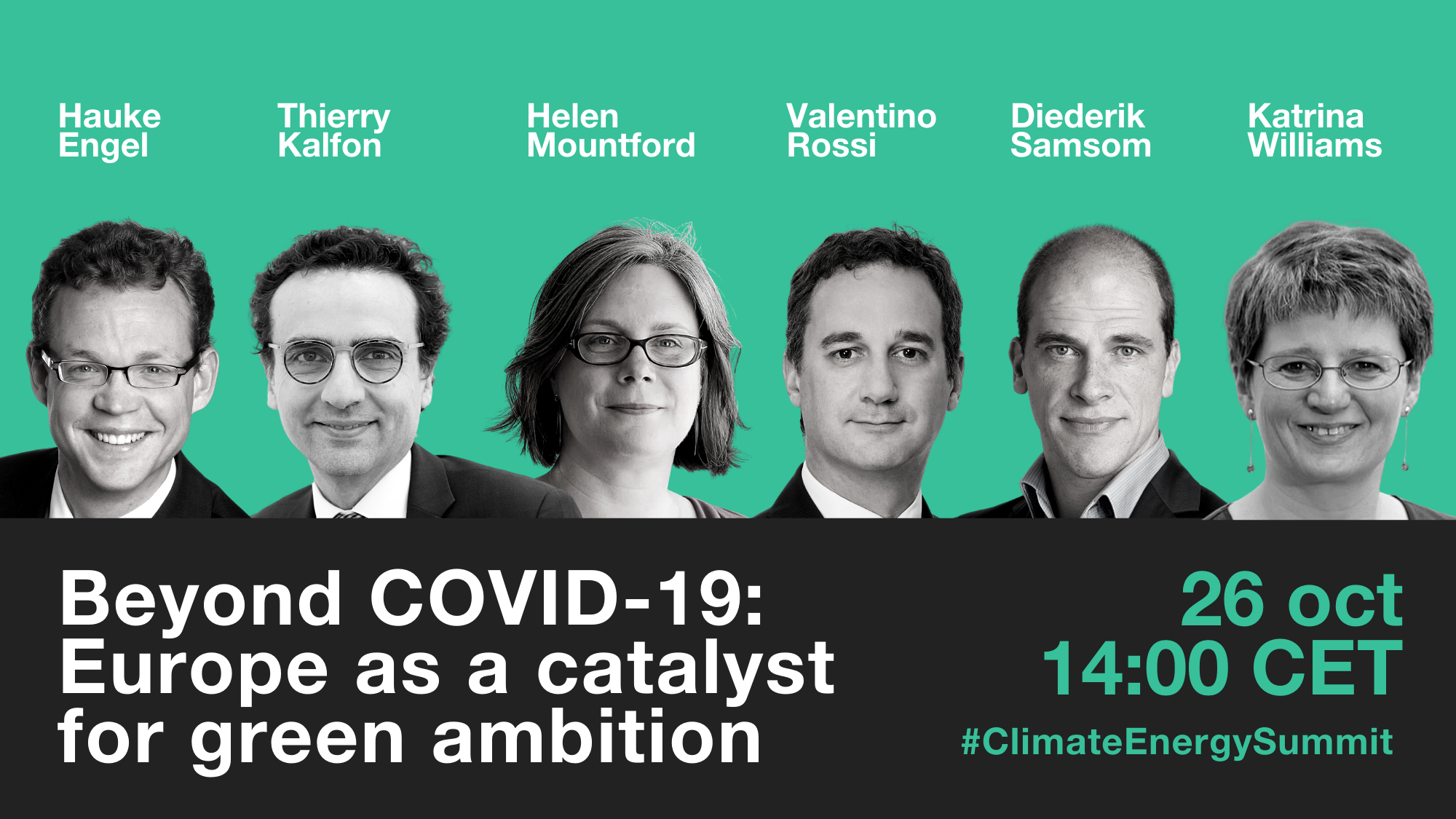 Beyond COVID-19: Europe as a catalyst for green ambition

Although the COVID-19 pandemic has wreaked havoc on economies worldwide, it has also kickstarted recovery efforts, notably the EU’s hugely ambitious recovery plan. Plus, it has occasionally demonstrated to citizens the benefits of cleaner air and quieter roads. A broad spectrum of speakers on the first day of Friends of Europe’s Climate and Energy Summit debated some of the ways these benefits can be accelerated and the various difficulties that still lie ahead in Europe and beyond – be they political, technical or social.

“What are the stakes for EU climate action and which signals should we listen to?” asked Dharmendra Kanani, Director of Insights at Friends of Europe, as moderator of the event.

5:54 – a positive momentum is building. Helen Mountford, Vice-President for Climate and Economics at the World Resources Institute, described her positive outlook following today’s commitment by Japan to go carbon-neutral by 2050. She also highlighted that “governments are not the only players here, since we also see impressive commitments by business and investors such as Climate Action 100+.”

18:53 – “The key problem for the EU is renewables targets: they must be accelerated significantly and this needs better EU governance,” argued Valentino Rossi, Head of Public Affairs, Regulation and Antitrust for Europe at Enel Group. He added that it was crucial for the EU to move quickly to approve targets for decarbonisation and take them into account for the green recovery.

33:13 – “Everything we do is skewed towards a new economy. It’s very difficult to do, so we need serious vision and must include reforms for health, wealth and growth,” stated Anthony Agotha, Member of Cabinet to European Commission Executive Vice-President Frans Timmermans. The EU can lead by example, he added, but EU Member States must also set their recovery plans, including 37% for climate action. They should also invest in the three green flagships: renewables, renovation, and recharge and refuel

39:06 – “We believe the three ‘i’s – innovation, investment, and infrastructure – are key on the road to net zero. These can be found in the EU’s recovery plans, but the question is how to deliver them,” stated Hauke Engel, Partner in the Sustainability Practice of McKinsey & Company.

50:18 – Thierry Kalfon, Managing Director for Renewables Global Business Line at ENGIE, called for “clear targets in national plans and quick disbursements for momentum, plus accelerated permitting of renewables schemes and a robust regulatory framework. The latter will help investors in the long term, such as for renewables.”

57:19 – Katrina Williams, Deputy Ambassador of the United Kingdom to the EU, confirmed that “the UK will support the EU to generate momentum in climate action,” adding that the UK is still very climate ambitious, having set net-zero carbon emission in 2019.