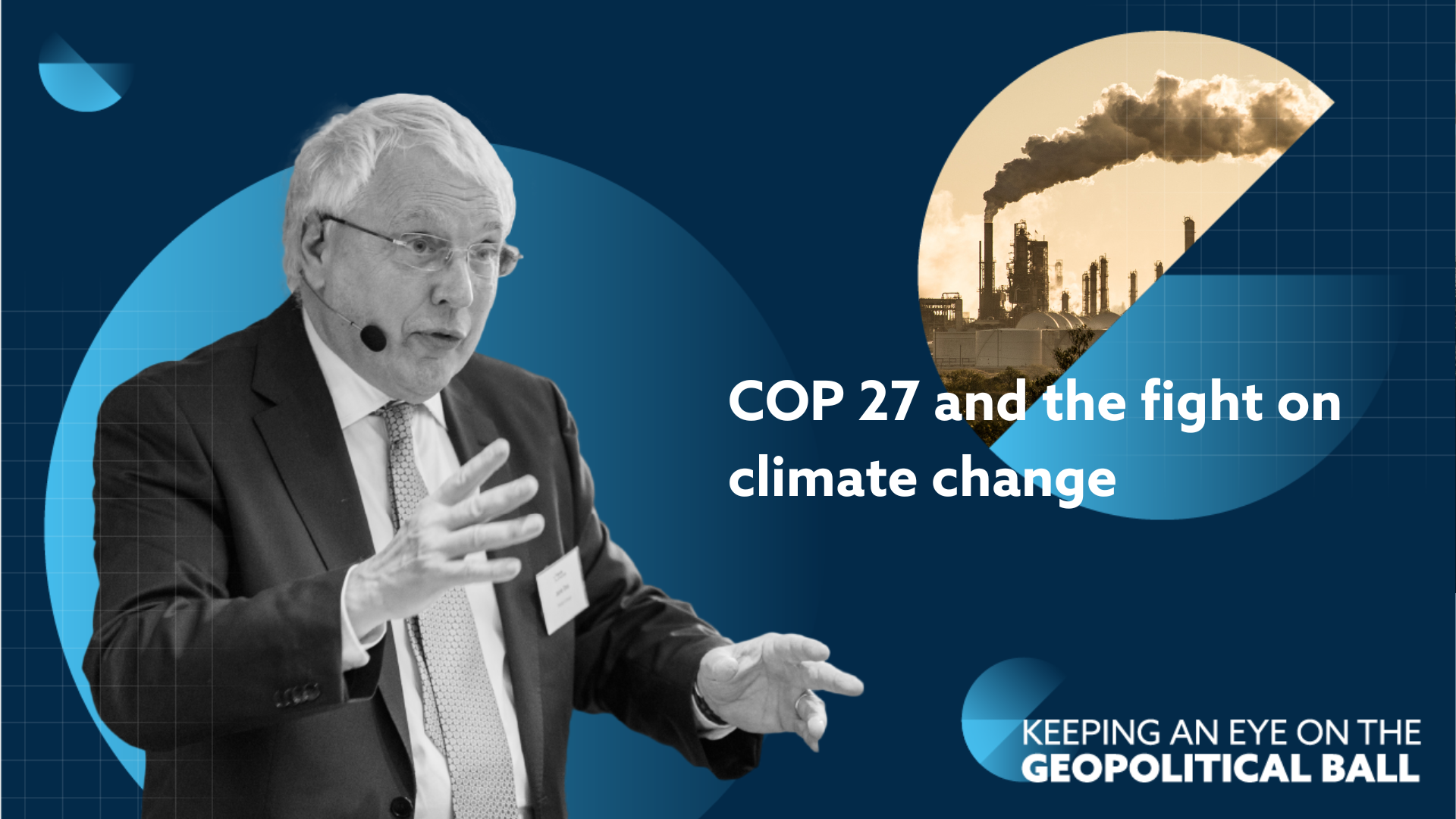 This week on Keeping an Eye on the Geopolitical Ball, Jamie Shea, Senior Fellow at Friends of Europe, focuses on the fight against climate change, in the context of the COP 27 currently held in Sharm el-Sheikh, Egypt. Shea reminds us about the multiplication of severe consequences of climate change in the last decade, including several droughts, many heat waves as well the rise of the sea level that could create other catastrophes in the years to come. He reacts to the lack of commitment from states regarding the objective to limit global warming at best around 1.5 degrees, determined at the COP 21 in 2015. Shea details the lack of a pathway towards this objective, underlining that the most optimistic objective is now to limit global warming to 1.8 degrees due to the failure of states to implement concrete actions in the last decade.

Shea also gives an analysis of the objective to decarbonise the economy by 50% by 2050. Indeed, there are two key elements to make it a success for all the states. First, he advances the adaptation of the global economy with fewer economic practices releasing carbon into our atmosphere. Then, there is carbon mitigation, which consists in reducing the quantity of carbon in our atmosphere. Nevertheless, Jamie Shea stresses that the more climate change and global warming are continuing, the harder the actions to counter them will be.