The response to humanitarian crises needs to focus more on women – who are disproportionately represented among the victims – and to give women a greater leadership role, panellists said on Wednesday.

“Humanitarian crises do not affect women and men in the same way,” said Monique Pariat, European Commission Director General for Humanitarian Aid and Civil Protection (ECHO). “So, we need to take into account differences between women and girls, and men and boys. Civilians are at extreme risk during military campaigns and we need facilities to ensure that women are safe from gender-based violence.”

She was speaking at a Friends of Europe Policy Insight on International Women’s Day, which aims to promote a more-inclusive, gender-equal world. The panel focussed on humanitarian crises, where women and children make up over 75 percent of the 125 million people in need of humanitarian assistance worldwide.

Women are also among the first responders, helping families and communities to survive and eventually to rebuild. “We tend to think about women as victims and of course, yes, they are victims of gender-based violence,” said Shada Islam, Director of Europe & Geopolitics at Friends of Europe. “But women are also on the front line when it comes to dealing with the impact of humanitarian crises. We need to have more women involved.

Much of the media coverage of Syria is devoted to the conflict, and tends to overlook the work on the ground to empower women and develop civil society, said Oula Ramadan, a Syrian human rights activist and Executive Director of the Badael Foundation, a Syrian NGO that has been providing support to women’s activist groups.

“In the media, everyone is interested in covering the fight and who is fighting whom,” she said. But after the fighting, “The people who are left will be Syrian people. So we need to pay more attention to the local actors. The main challenge to NGOs and women’s groups now is the security situation. There is no way we can meet this, so all we can do is influence the political process.”

However, social change is needed if women are to play a greater role in civil society in future, said Marcell Shehwaro, a blogger and Executive Manager of Kesh Malek, a civil society organisation in Aleppo. Too often at local events, “It is men who are asking the questions,” she said. “When we ask why there are so few women, we are told about lack of access and security concerns. Let’s drop lack of access as an excuse.”

One requirement for greater women’s participation is education, which forms one of Kesh Malek’s programmes. “Girls often drop out after fourth grade, once they can read and write,” she said. “Sometimes this is due to early marriage. So we are sending teachers to the houses of these early brides.”

The 2016 World Humanitarian Summit was a first step towards recognising the central role of women, calling for greater participation and leadership from women, and for funding to be aligned with the principles of gender equality. Now it’s important to continue that progress, said Daniel Seymour, Humanitarian Coordinator and Deputy Director of Programmes at UN Women. “The World Humanitarian Summit was a sign of change,” he said. “But recognition of gender equality does not always stick. If we don’t keep working, it seems to fade away.” 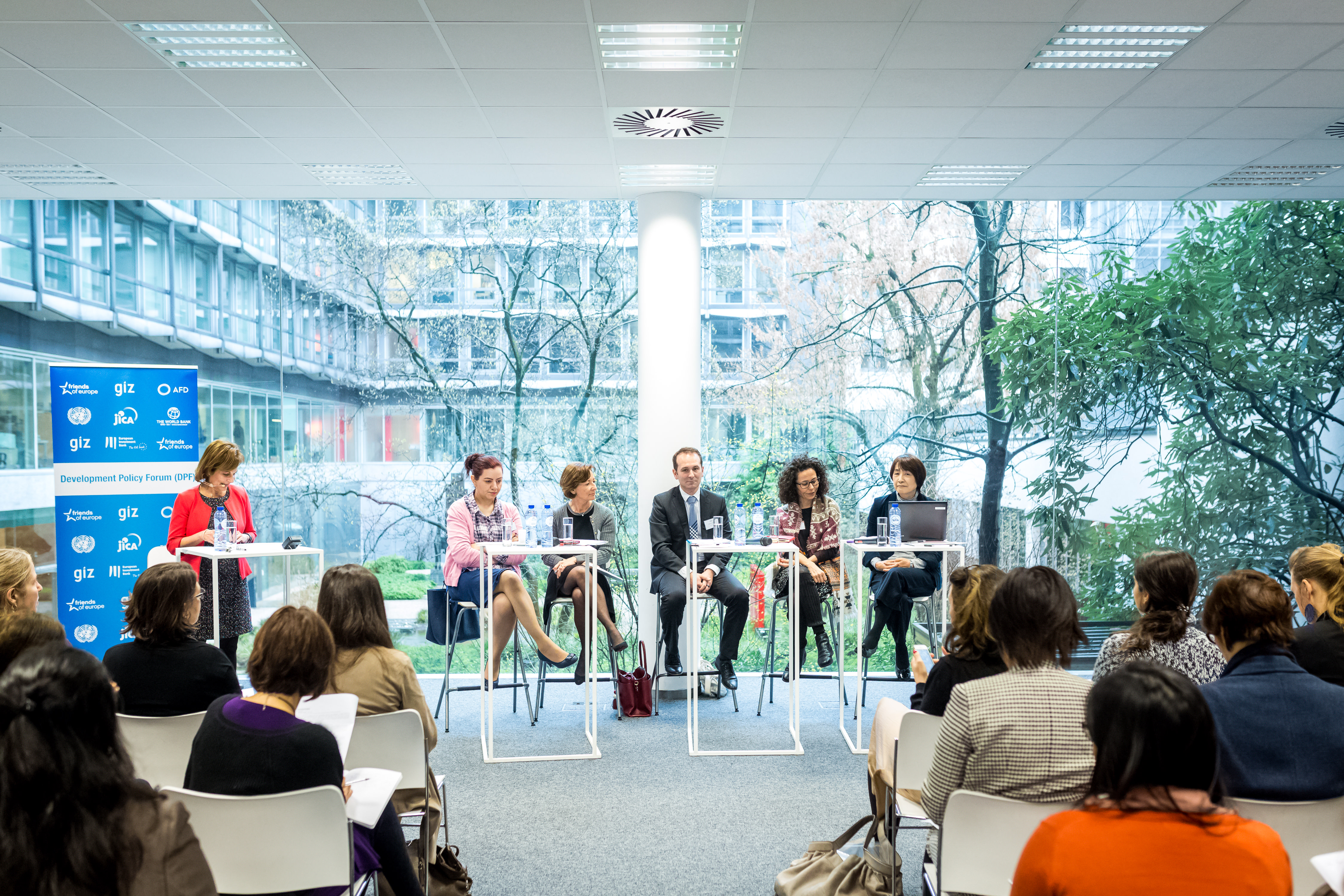 The 2016 World Humanitarian Summit was a first step towards recognising the central role of women in humanitarian crises. Women are not only disproportionally affected by humanitarian disasters, with over 75 percent of the 125 million people in need of humanitarian assistance worldwide being women and children; they are among the first responders in a humanitarian crisis, playing a critical role in the survival of families and communities and supporting communities rebuild after crises. Empowering women as change agents and leaders in humanitarian action is therefore essential for taking the new “Agenda for Humanity” from theory to reality.

Monique Pariat currently leads the adoption, implementation and monitoring of the EU’s legislation and policy on migration, asylum and internal security. Prior to her current role, Pariat previously led the EU’s European Civil Protection and Humanitarian Aid Operations (DG ECHO) as Director-General, overseeing the development and implementation of the EU’s humanitarian aid and civil protection mechanisms. She has also previously held numerous senior management posts at the European Commission, specialising in topics ranging from maritime affairs to justice, freedom and security.

Oula Ramadan is a prominent Syrian human rights activist and the Executive Director of the Badael Foundation, through which she has recently published ‘Peacebuilding defines our future now’, a study of women’s peace activism in Syria. Badael is a Syrian NGO that works to strengthen the capacity of civil society groups and NGOs in Syria to promote non-violence and prepare for the process of post-conflict peacebuilding. She has previously worked with UNHCR on sexual and gender based violence of refugees from the MENA region.

In his current position, Daniel Seymour leads the development and growth of UN Women’s humanitarian response portfolio and oversees UN Women’s programmatic strategic planning. Prior to that, he served as the Chief of UNICEF’s Gender and Rights Unit, Representative of the Save the Children Alliance to the United Nations and Adviser on Child Rights to Former UK Foreign Secretary Robin Cook.

A renowned Syrian human rights activist, Marcell Shewaro is the executive manager of Kesh Malek, a civil society organisation founded in 2011 at the start of the Syrian revolution that operates in the Aleppo region. Kesh Malek runs advocacy campaigns on political and social issues, education programmes and capacity building. Her blog Dispatches from Syria on Global Voices won an Online Journalism Award in 2015.

Yumiko Tanaka is a principal actor in formulating JICA’s gender and development strategies and projects in Asia, South America, Africa and the Middle East. She previously worked at the UN Economic and Social Commission for Asia and the Pacific, helping governments in the region strengthen programmes on issues affecting women, including increased political participation, economic empowerment and violence prevention.

With over five years of experience at the IKEA Foundation, Annemieke Tsike-Sossah leads the Foundation’s work in humanitarian action, ranging from first response in emergency situations to long-term support to people in situations of protracted displacement. These programmes aim to place children and their families at the heart of the design and work to improve livelihood and higher education opportunities.