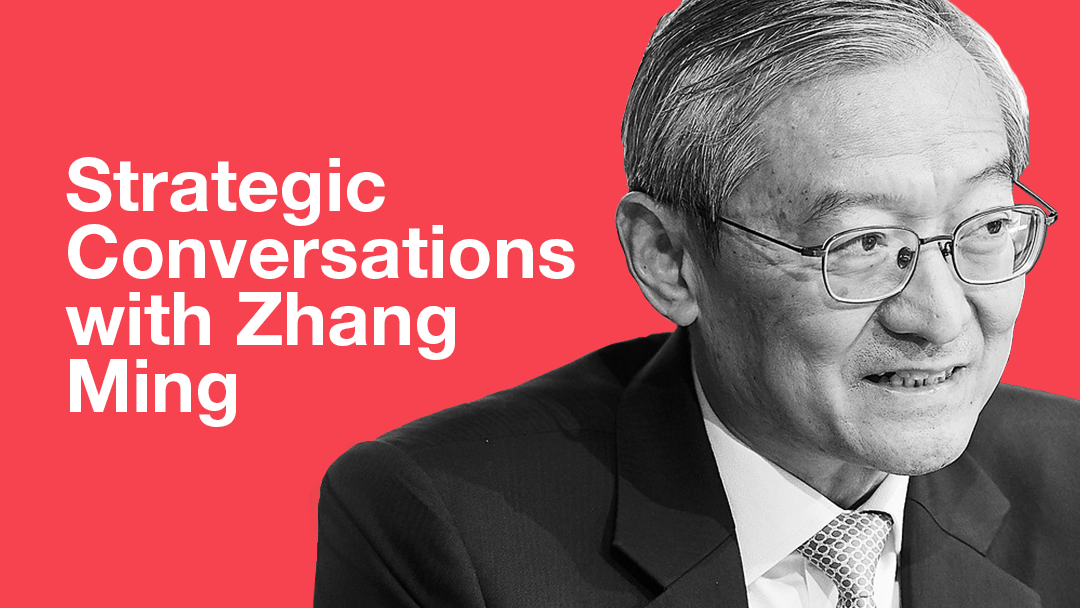 Strategic conversation with Zhang Ming, Ambassador of the People’s Republic of China to the European Union

On January 27, Zhang Ming, Ambassador of the People’s Republic of China to the European Union, opened the year for Friends of Europe’s Asia Programme with a Strategic Conversation with Dharmendra Kanani, Friends of Europe’s Chief Spokesperson and Director for Asia, Digital, Peace, Security and Defence.

The idea was to look at China’s expectations for its relationship with the EU and the ways that relationship will be affected by political changes within Europe and in the wider context of an evolving international scene characterised by President Joe Biden taking office in Washington.

Despite signs of hardening European attitudes, there was optimism over December 2020’s agreement in principle on the Comprehensive Agreement on Investment (CAI), which European Commission President Ursula von der Leyen hailed as opening the way for a ‘rebalancing’ of the relationship, providing ‘unprecedented access to the Chinese market for European investors, enabling our businesses to grow and create jobs’.

There was also much talk at the time of Europe learning from China’s handling of the pandemic and robust economic recovery.

Ambassador Zhang pointed out that despite the pandemic and its impact on the world economy, 2020 had seen ‘robust growth in EU-China relations,’ at both political and economic level. The bounce back in trade since the start of the pandemic showed the resilience of the economic relationship.

Amid US criticism of the CAI, Zhang noted that it was a stand-alone agreement, not dependent on others. It will remove barriers to two-way investment and contribute to the development of an investment ecosystem across Europe and Asia, he said, adding that – as a first-of-its-kind agreement – it could serve as an example for future deals elsewhere.

Besides widening market access, improving the business environment and setting out institutional safeguards to promote better relations between the EU and China, Zhang argued the CAI will give a strong boost to the global economy, promote trade and investment and enhance global confidence.

“It represents a major contribution to world economic openness,” he said. “The investment agreement is crucial for China, the EU and the whole world.”

The CAI showed how EU-China relations were advancing ‘against all odds’, Zhang said as the two sides recognised their shared interests and responsibilities in protecting world peace and prosperity, promoting globalisation, multilateralism and global governance.

By rejecting talk of a ‘new Cold War’ and working together, China and the EU could turn the COVID-19 crisis into an opportunity for recovery.

“This serves the interests of China and the EU, and it contributes to global stability and prosperity in this uncertain world,” Zhang explained. “Facts have proved that EU and China are strategic partners, not systemic rivals.”

He was hopeful 2021 would maintain the momentum of improved relations with more high-level exchanges to push forward follow up of the investment agreement; coordinate health and economic responses to the pandemic; both sides working together in areas such as green and digital cooperation, and multilateral governance.

The European Union and China have much to learn from each other and share many objectives, he added, pointing to the objectives within China’s latest five-year plan to promote green, low-carbon growth, innovation and an expansion of domestic consumption.

“The enormous opportunities of cooperation must be seized and translated into action,” the diplomat concluded.

China, he said, was always ready to listen to ‘sensible and constructive criticism’ as a way of boosting mutual understanding. However, he cautioned, that ‘it is totally unacceptable to attack and discredit China by lying for political and personal gains.’.

2020 started off as a breakthrough year for EU-China relations, until COVID-19 threw a spanner in the works. The year was marked with tensions in global partnerships, WTO disputes, increasingly protectionist policies, security threats and retaliations and the need for multilateralism and a global stance has become crucial. As the European Recovery Plan and the Chinese 14th Five Year Plan have highlighted both parties’ new domestic and international priorities, concerns are rising as to how the China-EU relationship will evolve in the months and years. Shifting transpacific relationships, security tensions and the increase in global interest for African development underline the need for a dialogue centred around economic cooperation and strategic non-belligerent alliances.

Following the announcement of the EU-China Comprehensive Agreement on Investment (CAI), this Strategic Conversation with Zhang Ming, Ambassador of the People’s Republic of China to the European Union, will look at the future of Europe-China relations in a post-COVID world.

Questions to be considered include:

Zhang Ming has had a long and distinguished career in the diplomatic service, specialising in West Asian and North African affairs. Starting his career by working in Chinese embassies in Yemen, Oman and Israel, he later became Ambassador Extraordinary and Plenipotentiary to Kenya, Permanent Representative to the United Nations Environment Programme (UNEP) and Permanent Representative to UN-Habitat. Prior to his appointment to Ambassador of the Chinese Mission to the EU, Zhang served as Vice-Minister at the Ministry of Foreign Affairs.