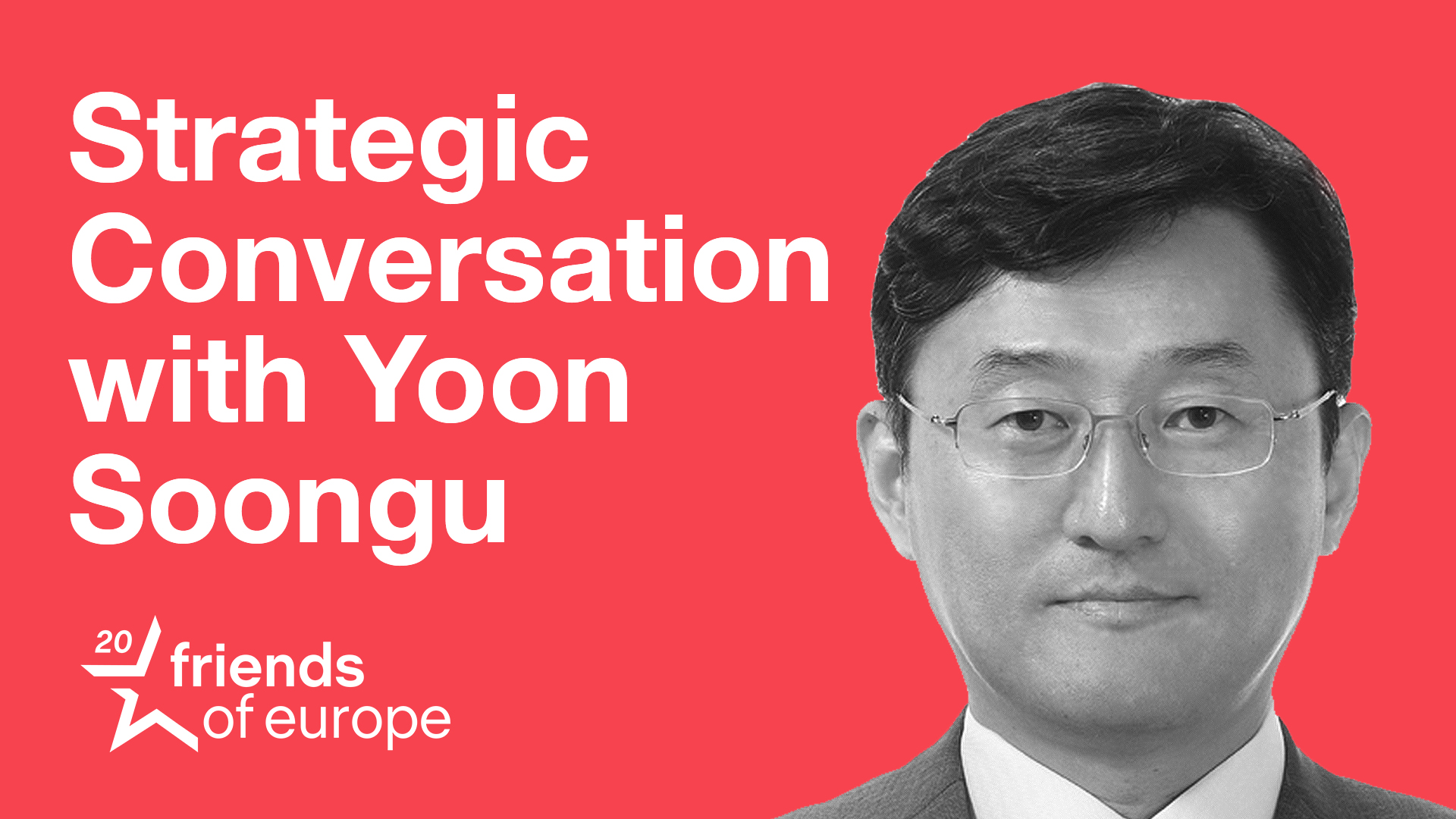 Strategic conversation with Yoon Soongu, Ambassador of South Korea to the EU

At the latest virtual meeting of top South Korean and EU officials, leaders celebrated the 10th anniversary of the Strategic Partnership between the two – a relationship underpinned by agreements on political relations and sectoral cooperation, free trade, and crisis management cooperation. While response to the COVID-19 crisis topped the agenda, discussions also focussed on economic and trade ties, as well as the evolving situation on the Korean Peninsula. This Strategic Conversation with Yoon Soongu, South Korean Ambassador to the EU, will reflect on the outcomes of the recent leaders’ meeting, as well as the future of relations in the ‘age of the coronavirus’.

Ambassador of South Korea to the EU

With a distinguished career in South Korean government institutions, Yoon Soongu has worked primarily for the Ministry of Foreign Affairs. Having served in posts around the world, he has already represented South Korea in the USA, Algeria, Switzerland and Egypt. Prior to taking up his current position, Yoon served as South Korea’s Deputy Minister for Political Affairs and as Ambassador to Egypt. In his country’s other ministries, he has also worked as Director-General for both the Ministry of the Interior and the Ministry of National Defence.