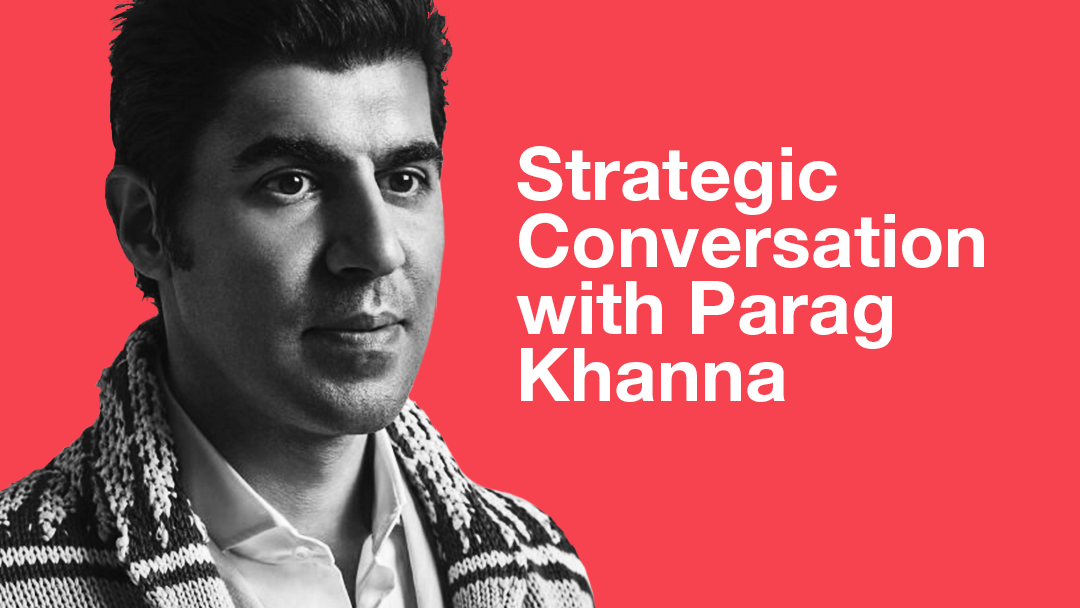 Strategic conversation with Parag Khanna, Author of ‘The future is Asian’

As governments around the globe begin to consider their post-pandemic options, there remain questions as to what effects the crisis will have on the deep connectivity between Europe and Asia. Their links encompass everything from trade relations and labour migration to security cooperation and sustainability projects. Despite these connections, the current moment poses a test to relations between the two continents. Will leaders take this opportunity to move closer together, or will they submit to old divisions? This Strategic Conversation with Parag Khanna, Author of ‘The future is Asian’, will look at global trends and the impact they could have on sustainable economic recovery.

This Strategic Conversation with precede the online panel debate ‘Europe, Asia and their post-pandemic future’.

This new Strategic Conversations series invites key thinkers to share their views on a range of important and strategically relevant issues through interviews with senior thinkers on the Friends of Europe team.

Author of ‘The future is Asian’

Parag Khanna is a leading global strategy advisor, world traveler and best-selling author. He is Founder & Managing Partner of FutureMap, a data and scenario based strategic advisory firm. He has authored numerous books, including his latest ‘The future is Asian: commerce, conflict & culture in the 21st century’. In 2008, Khanna was named one of Esquire’s ‘75 Most Influential People of the 21st Century’ and featured in WIRED magazine’s ‘Smart List’. He holds a PhD from the London School of Economics, and Bachelors and Masters degrees from the School of Foreign Service at Georgetown University. He has traveled to nearly 150 countries and is a Young Global Leader of the World Economic Forum.