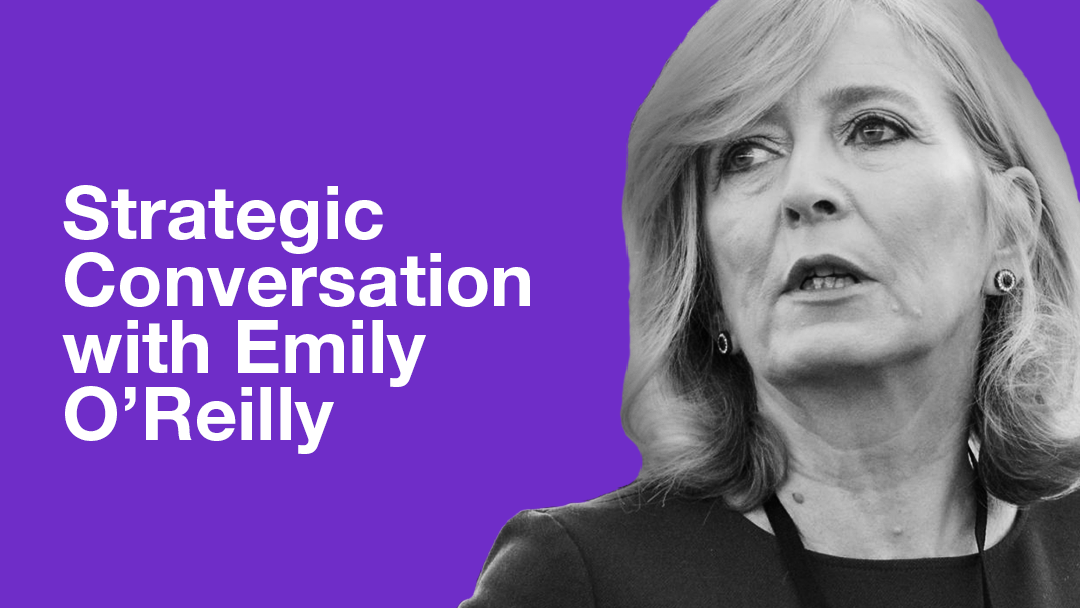 COVID-19’s spread across Europe has been a test of stability and solidarity for the EU and its member states. While this moment of crisis has required quick reactions and tough decisions, policymakers should remember that commitment to transparency and democratic institutions must remain at the centre of such measures. This Strategic Conversation with European Ombudsman Emily O’Reilly will look at what the pandemic has revealed about European democracy and potential future challenges.

Emily O’Reilly has served as the European Ombudsman since July 2013. In her role, she investigates maladministration in the institutions and bodies of the European Union. She was awarded Schwarzkopf Europe Award in 2017 and the Prague European Summit Vision for Europe Award 2018 in recognition of her work. Prior to being elected to her current office, O’Reilly served as the first female Ombudsman and Information Commissioner in Ireland and was additionally appointed Commissioner for Environmental Information in 2007. A former journalist, author and political editor, she has received numerous accolades, including Woman Journalist of the Year in 1986 and Journalist of the Year in 1994.