‘What the chief says’ events are exclusive, small, informal and off the record regular roundtable debates which offer our members the exclusive opportunity to engage directly and get to the heart of a specific policy issue with a senior decisionmaker from a European institution or government. These events are geared to be in tune with the interest of our members and are strategically linked to emerging trends within the EU sphere. It allows us to focus on the opportunities and identify the possible challenges in the European Commission’s own agenda and provides the possibility to go into greater depth and discuss the ‘nitty gritty’ of policies affecting Europe in the next five years and beyond.

The speaker gives a short, 10-minute introduction to the topic under discussion, after which the floor is open to any possible comments or questions which may be posed to the speaker for the remaining 50 minutes.

Trade deals have long been the primary arm of European diplomatic overtures. But much has changed in the time that has elapsed between Jean-Claude Juncker’s trade-centred administration and Ursula von der Leyen’s ‘geopolitical Commission’. Waves of protests across Europe, along with the Green surge in the European Parliament, have forced climate change onto nearly every agenda. Workers’ rights too, have increasingly been a point of contention, as has the desire of many European leaders to move production processes closer to home post-pandemic.

International development, often linked to trade, has long been recognised as an arena for cooperation and foreign intervention. But the 21st century has highlighted the need for local agency. Pandemic recovery policies and vaccine diplomacy are valuable examples of how small states can come together to support each other. They further show how collaboration is not only necessary for the collective, but also leads to greater gain for the individual than pure trade competition.

This ‘What the Chief Says’ discussion will look at best practices that highlight how trade, development and diplomacy have evolved in the last decade, and the necessary steps that need to be taken by both small- and medium-sized countries and the EU as a bloc.

Deputy Director-General of the European Commission Directorate-General for Trade 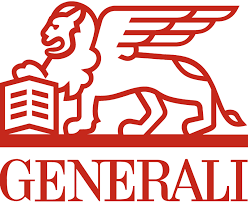