United Nations Secretary-General Ban Ki-moon called on European Union leaders to speed up the adoption of new 2030 climate and energy targets and lead the global effort to deal with climate change, at Friends of Europe Policy spotlight debate. “I asked President Barroso and President Van Rompuy to do it [reach a decision on the 2030 package] in the June summit meeting and bring an ambitious target to the UN summit meeting in September,” he said. “European leadership is essential. I’m counting on your leadership.” 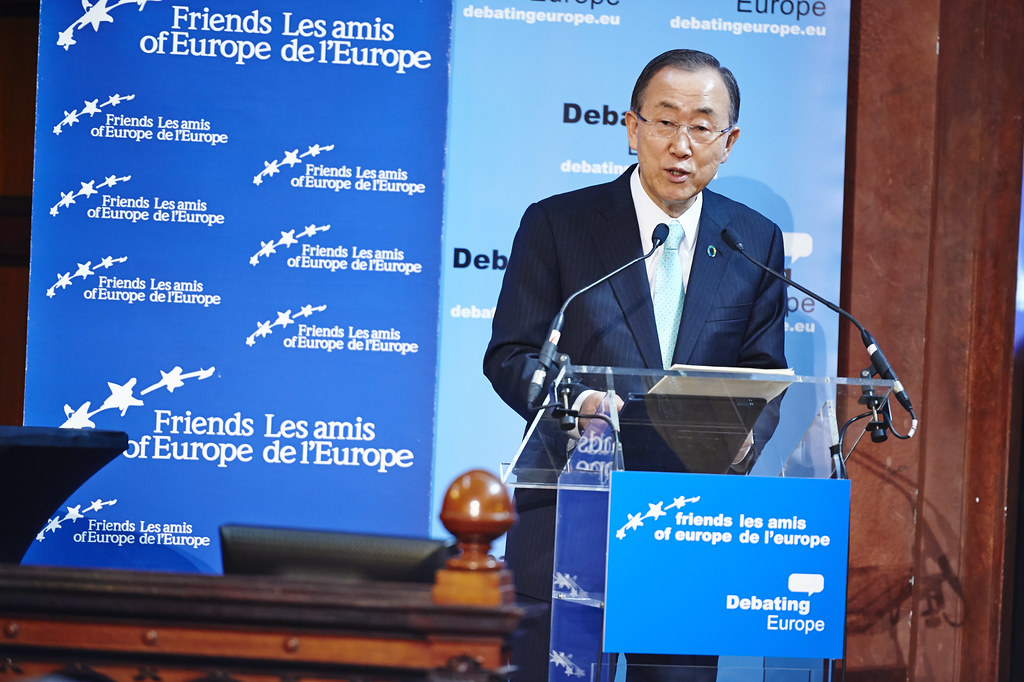 The first of our series of discussions with inspiring personalities “On the road to Paris 2015”, features Ban Ki-moon, United Nations Secretary-General.

This Policy Spotlight debate will focus on mobilising action on climate change and progress towards a new international climate agreement.

The event will start with a 15-minute presentation by Ban Ki-moon, followed by Q&A. It will also feature our successful online platform Debating Europe, which will collect questions from young European citizens by video and Twitter and then ask Ban Ki-moon to reply to these queries at the Policy Spotlight debate.

Secretary-General of the United Nations

South Korea’s former Minister of Foreign Affairs, Ban Ki-moon became the eighth UN Secretary-General in 2007. His priorities have been to mobilise world leaders around a set of new global challenges, from climate change and economic upheaval to pandemics and increasing pressures involving food, energy and water. He has sought to be a bridge-builder, to give voice to the world’s poorest and most vulnerable people. One of the Secretary-General’s first major initiatives was the 2007 Climate Change Summit, followed by extensive diplomatic efforts that have helped put the issue at the forefront of the global agenda. Subsequent efforts to focus on promoting the low-carbon economy and mobilising commitments to combat climate change at the international, national and local level include ‘Sustainable Energy for All’ initiative and the forthcoming Climate Summit in September.