Europeans should think more about the potential contributions refugees and other migrants can make, and not over-emphasise problems related to their arrival.

That was the message from a Friends of Europe Policy Insight debate on 29 March, which focussed on the integration of the unprecedented number of refugees and asylum-seekers who have arrived in Europe recently. The 2.3 million new refugees represent only about 0.45% of the total population of the European Union. But the influx has unleashed populist sentiments, which have put into question Europe’s ability and willingness to absorb the newcomers.

But there is little evidence of any economic harm arising from the migrants’ arrival. On the contrary, they are arriving at a time when some countries are experiencing a labour shortage. The money they send to their countries of origin help those economies – lessening the probability of the kind of crisis that drove them out in the first place.

“We should look at this not as a liability but as an opportunity,” said Jacques Bughin, Director at the McKinsey Global Institute and Senior Partner at McKinsey & Company. “We are all afraid that migrants will take our jobs. But on average, there is no real pressure on wages coming from the migrants.”

That doesn’t mean that all migrants will automatically be smoothly absorbed. Instead, a range of actors – from local government to industry – are needed to ensure newcomers acquire language and vocational skills and do not remain isolated in migrant communities.

“The national policy in the Netherlands was about discouraging people from coming,” said Kajsa Ollongren, Deputy Mayor of Amsterdam. “When the refugee crisis arrived, that didn’t work anymore. They were in asylum centres, and had to spend one or two years there doing absolutely nothing. Municipalities thought, ‘these people are here, and we have to do something.’”

There should also be ways to identify refugees’ particular talents and potential contributions. “Every refugee has a talent, so when we are trying to integrate refugees, we should look at what they are bringing,” said Paul Mbikayi, Director of the Refugee Talent Hub. “We believe that integration for refugees goes smoothly when they have a job.”

You can access the presentation by McKinsey Global Institute here. 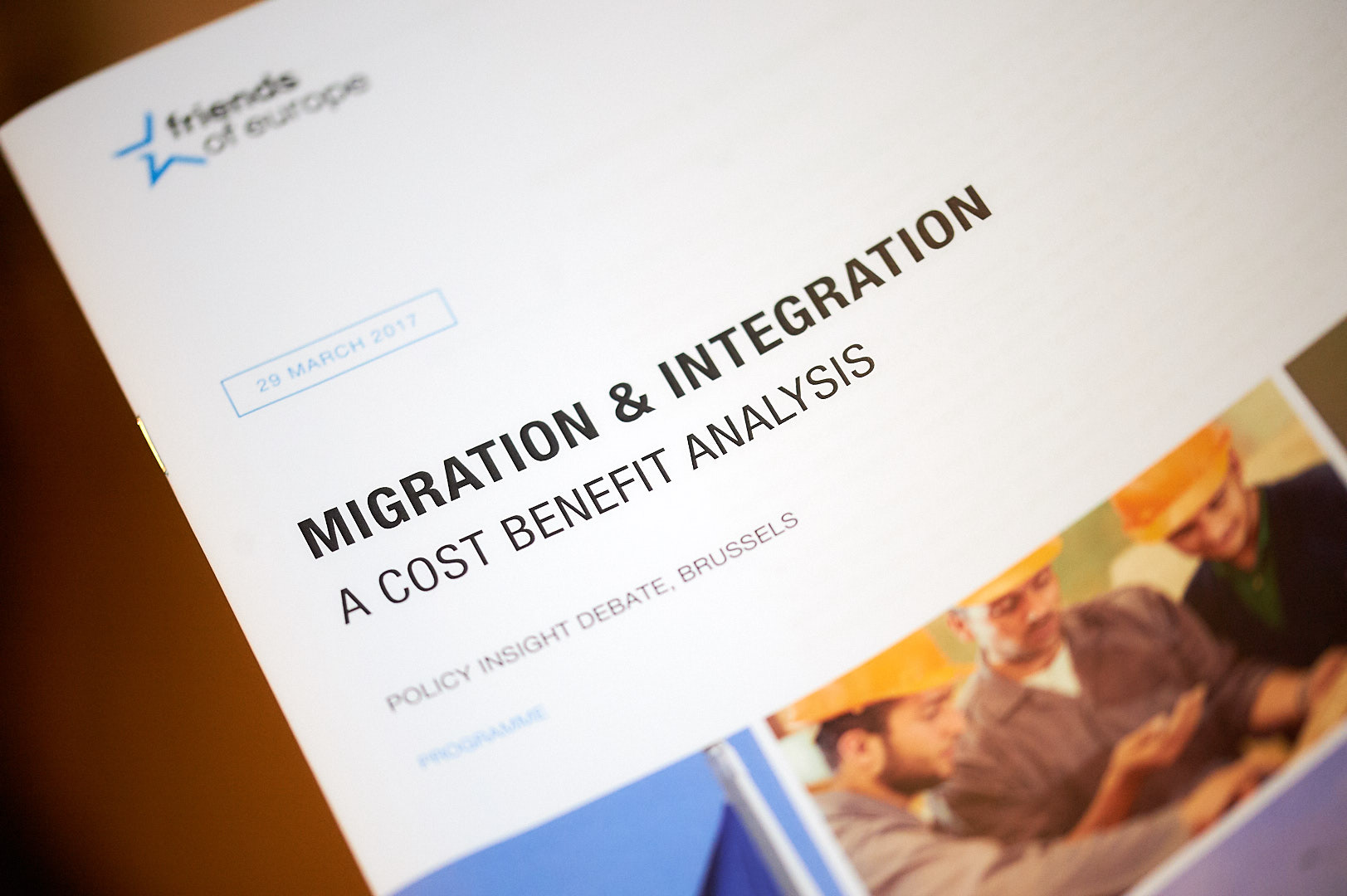 Should you not be able to see the photo gallery, please click here.

This event is part of the Migration Action programme, through which Friends of Europe examines the imperative of immigration in the context of economic sustainability and demographics, as well as its impact on public services, communities and security. Migration Action aims to bring together actors from a range of groups for comprehensive and balanced discussions, with the aim of developing coherent policy recommendations for national governments, European institutions and international organisations.

Two recent reports from McKinsey Global Institute (MGI) provide the context for this debate on how migration and integration will feature across the globe and in Europe, as well as the opportunities and benefits that can be achieved if integration is managed effectively by public administrations. Published in December 2016, People on the move: Global migration’s impact and opportunity, highlights the importance of understanding the patterns of global migration and, for the first time, the economic impact that is created when people move across the world’s borders and the cost of poor integration to the world economy. Europe’s new refugees: A road map for better integration outcomes, examines the challenges and opportunities posed to individual countries by refugees, the 10 percent of the migrant population who have fled to another country to escape conflict and persecution.

European governments are still struggling to manage the unprecedented number of asylum seekers who have arrived on their shores. While the 2.3 million new refugees represent only about 0.45 percent of the total population of the European Union (EU), the influx has unleashed a heated political debate. Exacerbated by a year of key elections in Europe and rising right-wing populist sentiments, the EU’s ability and willingness to absorb the newcomers has been put to the test. Integrating the refugees into the European labour market and society is crucial, however. Failure to do so carries significant risks of creating an isolated and dependent population over the long term and fracturing societal cohesion. For countries that get this right, on the other hand, there is real economic upside potential. Indeed, while migrants make up only 3.4 percent of the global population, they contribute approximately 10 percent of global GDP.

Followed by a panel debate with

Head of Portfolio and International Business at Siemens Professional Education

Director for Migration, Mobility and Innovation at the European Commission Directorate General for Migration and Home Affairs

Director of the Refugee Talent Hub

Founder of "From Syria With Love"

Yara Al-Adib founded the collective “From Syria With Love” in 2016 to empower newly arrived Syrian women to share their culture and background with others in Belgium. A Syrian herself, Al-Adib has studied in both Lebanon and Europe, and now works in service and experience design. She has also spoken about her experiences with migration and integration in Belgium at a TEDx event in Liege.

Jacques is a senior partner at McKinsey and a director of the McKinsey Global Institute, the firm’s business and economics research arm, and one of its three global co-leaders. Since joining the firm, he has worked with media, telecom, online services, healthcare, fin-tech, travel and logistics companies on a variety of issues. He is also the co-author of numerous reports on the Internet of Things, big data and social technologies, including “Digital Europe: Realizing the continent’s potential”. He is a fellow of the Aspen Institute, ECORE, and KUL University.

At the Refugee Talent Hub in Amsterdam, Paul Mbikayi builds and maintains partnerships with businesses, governments, academic institutions and NGOs, aiming to connect refugees with employment and training opportunities across the Netherlands. A refugee himself, Mbikayi also serves as Chairman of the Refugee Advisory Board at the Dutch Council for Refugees and is a member of the advisory board at the Knowledge Platform on Integration and Society.

Responsible for the City of Amsterdam’s economic affairs, Kajsa Ollongren has spent the last years actively working to improve the economic prospects of refugees. Within the framework of the European Union’s Urban Agenda, the city currently coordinates the Partnership on Inclusion of Migrants and Refugees, focusing on the themes of work, reception and community building, housing, education and vulnerable groups.

Belinda Pyke is responsible for legal migration and integration of third country nationals. Pyke joined the European Commission in 1986 and has since held a range of posts, including as Director for Equality between women and men, Action against discrimination, Civil Society. In her current role, Pyke has called for cities and regions to play a strong role in forming integration strategies for refugees and migrants.

Jürgen Siebel drives Siemen’s professional education projects outside of Germany. Representing the company on international and cross-industry bodies, he promotes the addition of work-based curriculum elements to all lines of education. Siemens has committed to helping refugees in Germany, including by offering internships to asylum-seekers, as well as specialised training courses.