A change in the tone and content of the European Union’s never-ending migration debate is much-needed to tackle 21st century realities. Rather than simply legislating to keep people away from Europe, the EU should focus on ensuring safe and legal ways for people to enter and settle down.

At the 29 January Friends of Europe debate “It’s broke, let’s fix it: rethinking migration management” participants agreed that the rules on border control were not the main problem. In fact, EU agencies such as Frontex and the European Asylum Support Office (EASO) should be strengthened, they argued. But there were also repeated calls to switch the focus from restrictive law-making to real life.

The recently approved (but roundly panned) UN Global Compact for Migration is “useful as a set of goals and standards” to guide lawmakers, one contributor said. But the answer lies in taking a multi-dimensional approach to inclusion. This means funnelling more resources to local communities and working with local authorities, charities and NGOs to help meet the needs of both newcomers and locals for jobs, housing, education and general quality of life. The issue “is not the presence of migrants but the absence of integration”, a participant concluded.

The debate, held under the Chatham House Rule, also revealed that the EU needs to get a better message out about migration – one that focuses not only on security and border controls but on positive stories from people who have gone through the system. While it is important to share facts and figures, several participants noted the need to ensure that the narrative take a human approach without treating newcomers as just “a labour force”, as one participant put it.

Read Friends of Europe’s “Real people, true stories: refugees for more inclusive societies”, a set of 13 recommendations on how to make societies more inclusive, based on refugees’ own experiences. 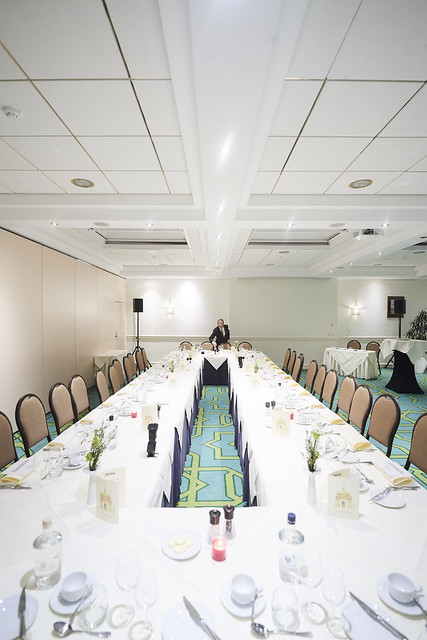 This by-invitation-only dinner debate is part of Friends of Europe’s Migration Action programme, which aims to examine the imperative of migration in the context of economic sustainability and demographics, as well as its impact on public services, communities and security. We will ask participants to identify the barriers to inclusive migration and integration systems and to engage in a collective reimagining of outdated systems, including by constructing a new, inclusion-based narrative. The discussions will help us to identify key issues to address in a subsequent publication.

Despite two years of intense negotiations on the Global Compact for Migration, several European countries did not adopt the non-binding text in Marrakesh, forcefully illustrating Europe’s divisions over migration. Ever since the so-called ‘migration crisis’ in 2015, EU countries have failed to reconcile their support for multilateral policies with the realities of domestic politics, with public opinion deeply divided over the identities and numbers of migrants their countries should welcome – if they should welcome any at all. In many states – especially those in Central and Eastern Europe – leaders continue to espouse rhetoric which is increasingly anti-migration and focused on building barriers. Even in countries more open to migration, reforming systems to accommodate this reality has not proven to be an easy task. As the chasm between those for and against migration widens within Europe, it is time to scrap failing systems and to engage in a strategic rethink of international migration and ways to regulate it.

An expert in European immigration and asylum law, Philippe De Bruycker is also the founder of the Academic Network for Legal Studies in Immigration and Asylum in Europe (ODYSSEUS network). In addition to his academic credentials, De Bruycker has a wealth of practical experience in the field: he previously served as the main administrator at the European Commission Directorate-General for Justice and Home Affairs, where he drafted and negotiated draft directives on immigration, and also sat as a substitute judge on the Belgian Permanent Committee for Appeals for Refugees.

As a member of the European Migrant Advisory Board, an initiative of the EU Urban Agenda Partnership on Inclusion of Migrants and Refugees, Anila Noor is responsible for providing advice on immigration and asylum-related policies. Having long worked in matters dealing with peacebuilding, refugee integration, and education of women and girls, she is an active advocate for refugee resettlement and socio-political engagement in Europe. Noor also founded New Women Connectors, a movement to give a voice to migrant and refugee women living across Europe.

Shada Islam is responsible for policy oversight of Friends of Europe’s initiatives, activities and publications. She has special responsibility for issues related to the Future of Europe, Migration, the Asia Programme and the Development Policy Forum. Shada is Visiting Professor at the College of Europe (Natolin) where she teaches Asia-Europe relations and has been selected as a fellow by the Vrije Universiteit Brussel (VUB). She has been named as one of twenty most influential women in Brussels by Politico. Shada is the former Europe correspondent for the Far Eastern Economic Review and has previously worked on Asian and Migration issues at the European Policy Centre. She is one of the authors of Friends of Europe’s much-read “Frankly Speaking” commentary and is sought after as a speaker, commentator, columnist and moderator at high-level European and global events. Shada also continues to write on EU foreign and security policy, EU-Asia relations and trade and development issues for leading Asian, European and international publications and academic journals.