The long-established Balkan Muslims can demonstrate to Europe that there is nothing inevitable about links between Islam and extremism, the Grand Mufti of Bosnia and Herzegovina told a Friends of Europe “Conversation with” debate on 4 May.

Rhetoric on Islam’s place in Europe has become increasingly security-focused, as far-right populists play up the recent ISIS-inspired terrorist attacks to intensify their anti-Islam diatribes. The attacks have also been used to stoke fears surrounding the arrival of mostly-Muslim refugees and migrants from Asia, Africa and the Middle East.

However, Muslims have lived in the Balkans for centuries, co-existing peacefully with Christians and Jews for much of that time. While some of Europe’s 44 million or so Muslims have been attracted to extremist doctrines and actions, the vast majority are law-abiding, tax-paying citizens who are active in politics, business, education and the arts.

Bosnia and Herzegovina’s version of Islam within a secular state could be a useful example to the rest of Europe, as the country applies to join the EU, according to Grand Mufti Husein Kavazović. “In Europe, there are two Islams,” said Kavazović, who has held his position since 2012, and heads a religious community of more than 4 million people around the world. “There is traditional Islam with roots in its home turf, and people who came to Europe later. I think Bosnian Muslims could help the European Union. Europe needs the Balkans and its Islam.” 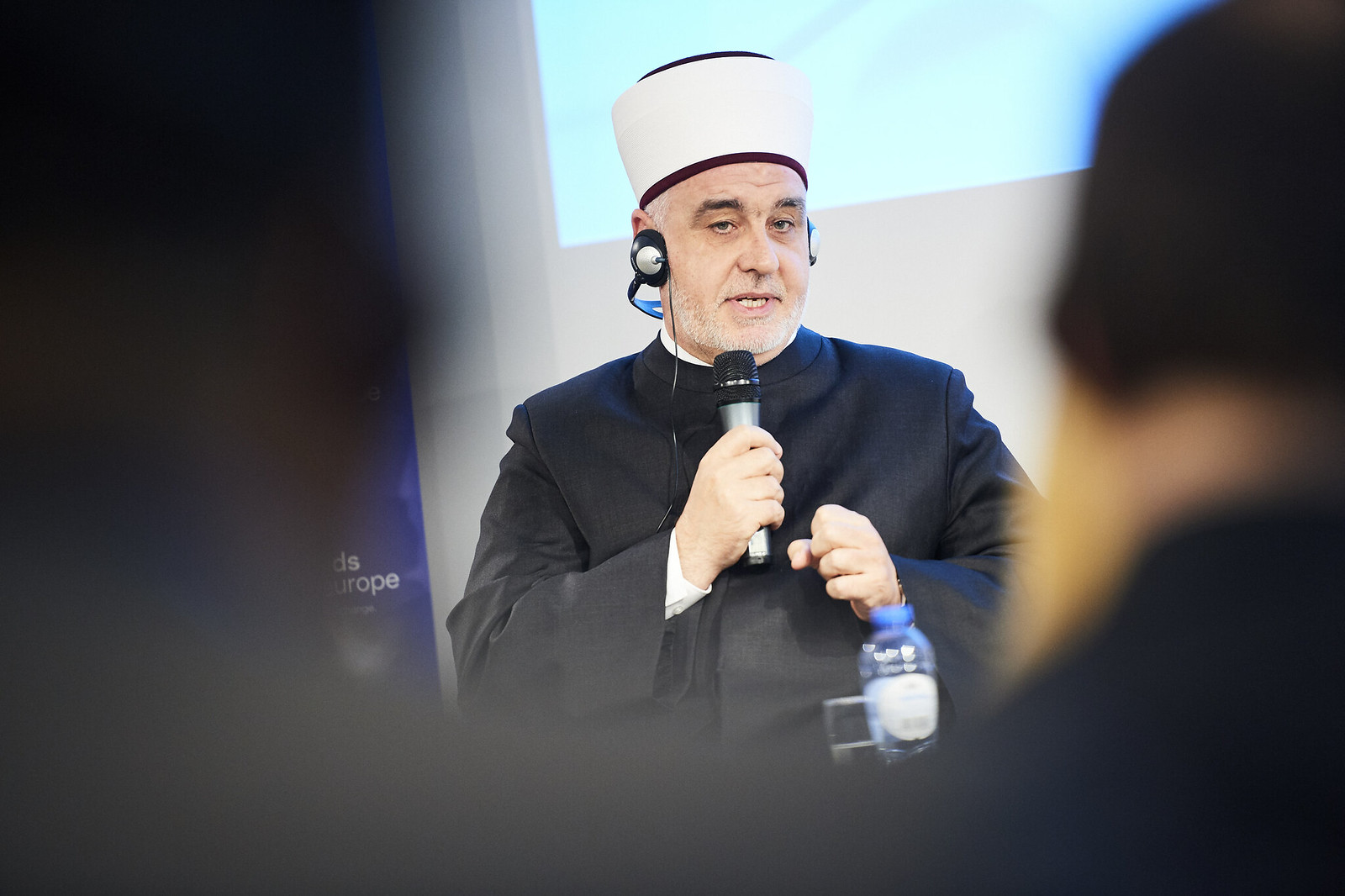 The presence of Islam in Europe has prompted an often acrimonious debate on the role, rights and obligations of Muslims in European societies. Far Right populists have seized on the arrival of mostly-Muslim refugees and migrants from Asia, Africa and the Middle East and the recent ISIS-inspired terrorist attacks in Europe to further intensify their anti-Islam diatribes. As the debate on Islam’s place in Europe becomes increasingly difficult and security-focused, it is important to remember that Islam has deep historic roots in Europe and that while some of Europe’s estimated 44 million Muslims are marginalised or radicalised, a vast majority are law-abiding and tax-paying citizens who are active in politics, business, education and the arts.

Related content:
Friends of Europe: Europe must remain a safe place for Muslim reformers, by Shada Islam
Europe’s World: Together we can save our children from terrorism, by Afzal Khan

Elected Grand Mufti of Bosnia and Herzegovina in 2012, Husein Kavazović heads a religious community of more than 4 million people around the world. He leads the efforts of the Islamic Community of Bosnia and Herzegovina to help prevent the occurrence and spread of violent extremism, with a particular focus on education, and has argued for the need for the EU and its member states to learn from the experience of European Muslims in order to tackle integration challenges. He previously served as Mufti of Tulza between 1993 and 2012.