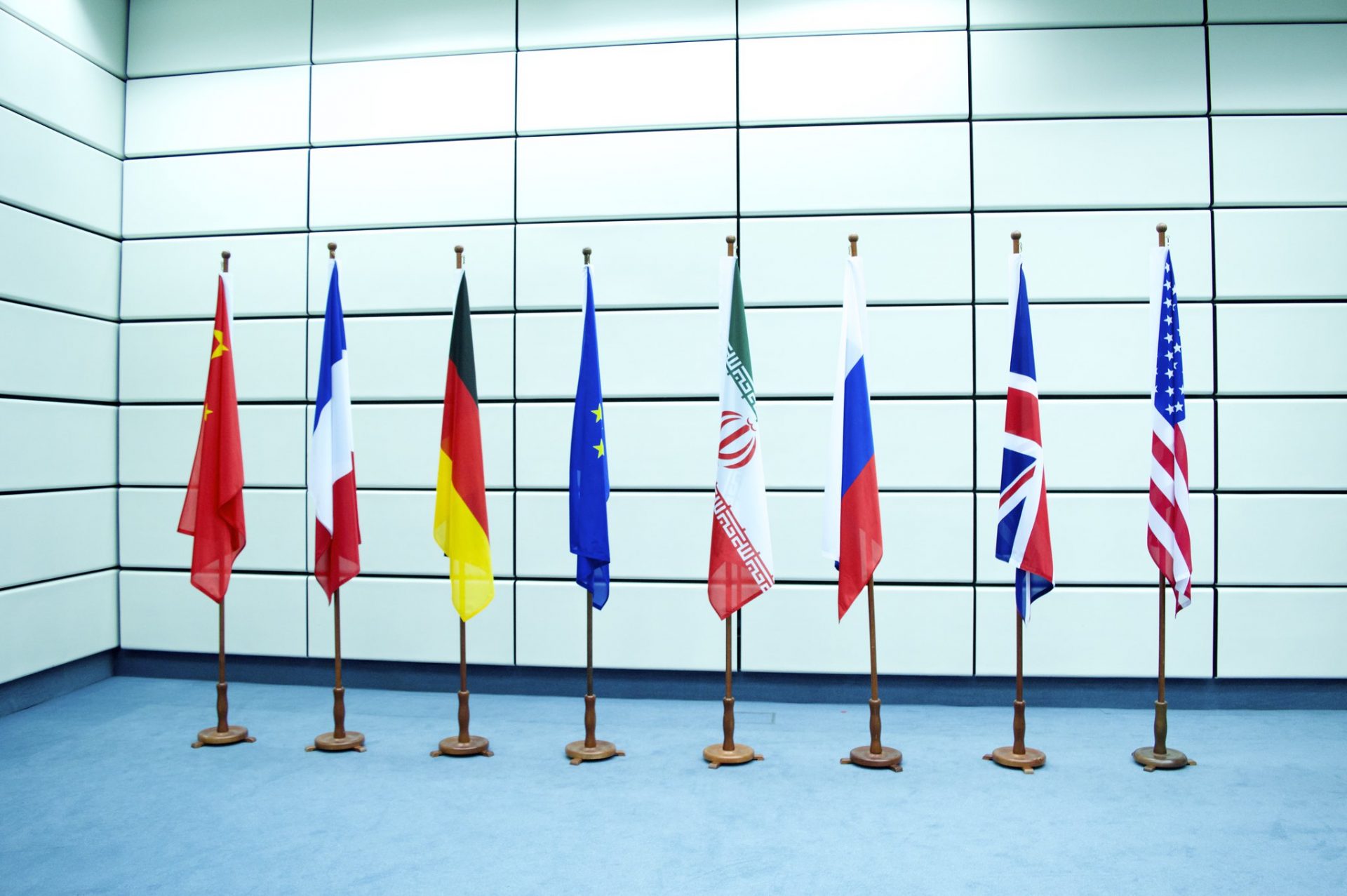 The European Union could play a potentially pivotal role in bringing the United States and Iran back to the table when it comes to the Joint Comprehensive Plan of Action (JCPOA), most participants agreed at a Friends of Europe debate on Tuesday.

The discussion took place three months after the Iranian presidential vote, which saw hardliner Ebrahim Raisi narrowly elected, and three years after the Trump administration pulled out of the JCPOA and introduced economic sanctions.

“European voices matter to President Biden, and he believes in alliances”, (00:33:13) said Jon Wolfsthal, Senior Advisor at Global Zero and former senior director for arms control and non-proliferation at the US National Security Council.

“If Europe believes that both parties should go back to the table, then that needs to be communicated clearly (00:34:05) … Similarly, Europe must communicate to Tehran that its future economic relationship with Europe depends on Iran’s nuclear-free future.” (00:33:40)

Most speakers agreed that the prospects for such a rapprochement between the US and Iran remain unlikely, given that hardliners currently control the parliament in Tehran and are consolidating power.

“Many hoped that Biden would prioritise a deal early on in his presidency, and this would have been a golden opportunity,” (00:12:45) she said, “but this a polarising issue in Washington and the political capital wasn’t spent.” (00:12:18)

“Now they’ve hit a roadblock, and the path will be harder from now on”, (00:13:06) she stated, adding that Iran will now likely take a more hard-line direction away from the West and towards Russia and China and reminding participants that most Iranian presidents govern for two terms.

Sussan Tahmasebi, leading women’s rights advocate and Director at FEMENA, provided a sobering picture of how civil society has been under repression for many years in Iran and highlighted that non-governmental organisations are often isolated from global support. This situation is not likely to change for the foreseeable future.

“We need to ensure that human rights are centre stage with respect to the West’s relationship with Iran and that the government is held accountable on these issues”, she implored. (00:22:30) “At the same time, we need to support civil society and human rights without endangering activists on the ground.”. (00:23:08)

She also recommended that Europe consider humanitarian relief to Iran when it comes to dealing with migrants from Afghanistan, and civil society needs to be part of the negotiations.

“From the European perspective, there is no convincing alternative to the JCPOA”, (00:41:43) said Eldar Mamedov, Political Adviser for the Social Democrats in the Foreign Affairs Committee of the European Parliament.

Whilst emphasising that, aside from the nuclear issue, bilateral relations between the EU and Iran are “not promising” (00:42:06), he indicated that discussions around Afghanistan could be an opportunity for engagement.

This latter point was picked up by one of the participants, Barbara Slavin of the Atlantic Council, who said that the multilateral discissions around Afghanistan could be another format for US-Iranian dialogue, and that in her view, the Iranian government will come back to the talks. She agreed, however, that the situation within the country remains bleak.

The nuclear issue is vital to Iran’s relations with the West. As President Biden works to bring the United States back into the deal abandoned by his predecessor, the negotiations have reignited questions about the impact and effectiveness of sanctions, Iran’s compliance, and balancing self-interest and compromise. Despite America’s return to the fold, Europe is still left wondering what might happen if future US presidents navigate the country away from the deal once more.

At the end of June, the talks in Vienna were adjourned to allow time for the new Raisi administration to discuss and formulate its domestic position before returning to the negotiating table.
Raisi’s election and a somewhat more stable economy – thanks to Russian and Chinese partners – have had experts speculating about a potential hard-line position by the new Iranian government and the effects this will have on the course of negotiations. However, Iran just agreed on a deal with the International Atomic Energy Agency, which will allow the UN’s watchdog to resume monitoring Iran’s nuclear program, setting the stage for a potential breakthrough in lifting US sanctions and keeping the Vienna talks alive.

Fundamental now is for Europe and the US to consider how the lessons learned from the nuclear deal can be applied to future negotiations, as well as the next steps for diplomatic relations with Iran and ensuring its compliance with the Joint Comprehensive Plan of Action (JCPOA).

This Policy Insight debate will convene policymakers and diplomats from across Europe, the US and the Middle East alongside key stakeholders, civil society and experts to determine the route to continued diplomatic relations and the resilience of the JCPOA.

Eldar Mamedov is in charge of the European Parliament delegations for inter-parliamentary relations with Iran, Iraq and the Arabian Peninsula. Prior to this, he worked in the Ministry of Foreign Affairs of Latvia and as a diplomat at the Latvian embassies in Washington, DC and Madrid. A regular contributor to Quincy Institute’s Responsible Statecraft magazine and Eurasianet, Mamedov has also commented on Iranian politics and EU-Iran relations on CNN International and Al Jazeera, among other news channels.

Negar Mortazavi is an Iranian-American journalist and columnist, who exclusively covers stories about Iran in both English and Persian. She is also the host of the Iran Podcast and a frequent commentator on Iranian affairs at MSNBC, BBC, PRI, The New York Times, Aljazeera, HuffPost and international outlets across the world, including Lebanon, Iraq, Israel, Turkey, Switzerland and Japan. Mortazavi previously worked as a TV presenter at Voice of America (VOA) Persian, where she hosted a daily hour-long interactive show that discussed current affairs with Iranians across the world.

Sussan Tahmasebi is a women’s rights advocate and expert from Iran. She is the Director at FEMENA, an organisation that supports women human rights defenders, organisations and movements in the MENA and Asia region. Tahmasebi is also the Founder of the award-winning One Million Signatures movement, a campaign aimed at gathering the signatures of Iranians who support change and reform of discriminatory laws against women. By conducting training sessions in leadership and peace-building, as well as coordinating the development of training materials on women’s rights, Tahmasebi has worked to strengthen the capacity of Iranian civil society to influence positive change.

Jon Wolfsthal is an expert in nuclear weapon policy, strategy and history. He is a Senior Advisor at Global Zero, the international movement which aims to eliminate nuclear weapons, and sits on the Board of the Bulletin of the Atomic Scientists. Previously, Wolfsthal served as a special assistant to former US president, Barack Obama, and as the special advisor for nuclear security and nonproliferation to former US vice president, Joe Biden, during Obama’s second and first terms, respectively. While in these roles, he was also the director and then senior director for arms control and nonproliferation on the US National Security Council, in which role he developed and implemented nuclear policy.