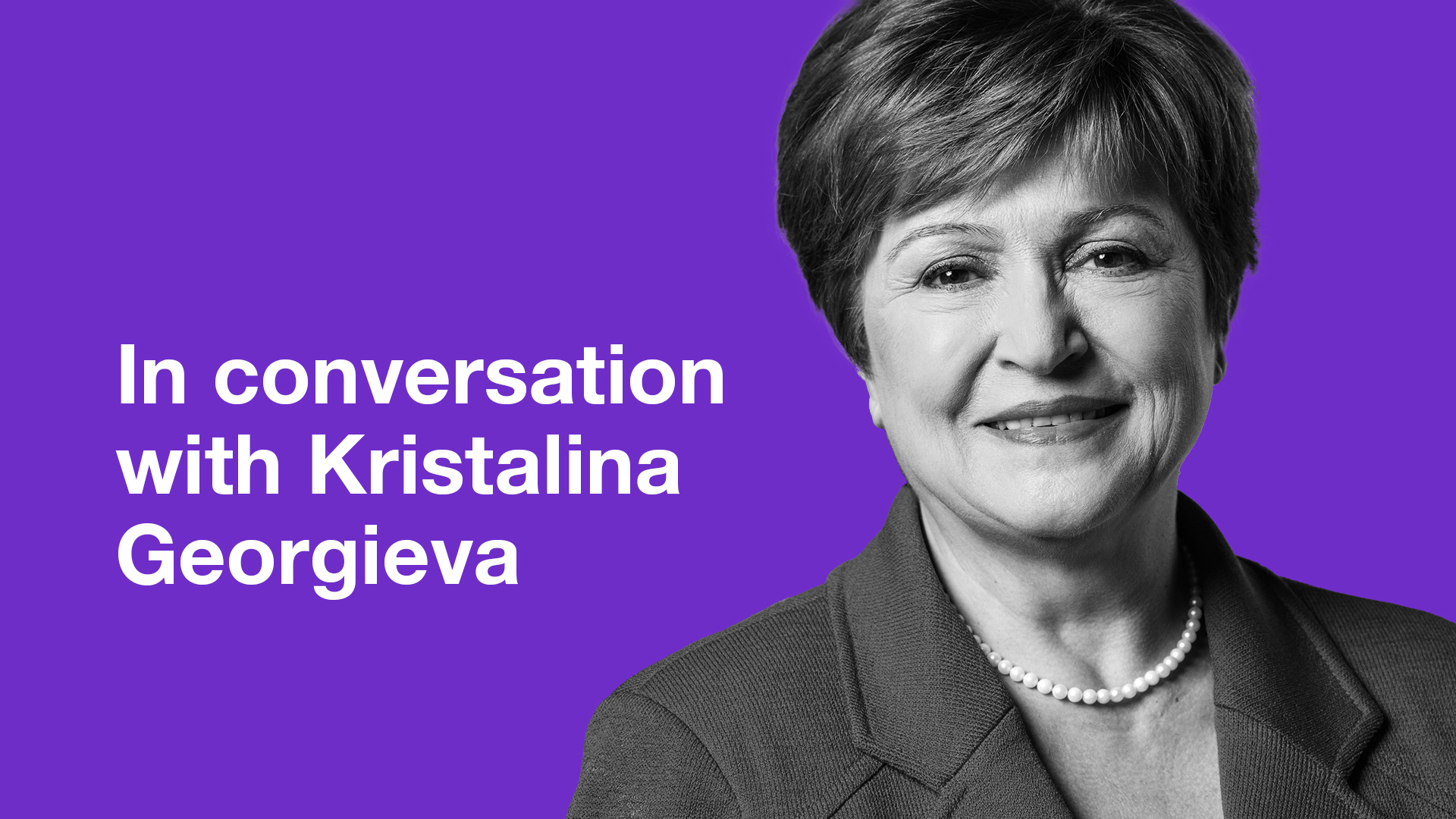 In Conversation with Kristalina Georgieva on pursuing a green economic recovery

The cost of crises

In a jarring estimate, Kristalina Georgieva, second-ever woman Managing Director of the International Monetary Fund (IMF), outlined that the economic loss of the current crisis for 2020/2021 could amount to $12 trillion – the equivalent of the Eurozone not producing anything for an entire year. She remained optimistic, however, and stressed that Europe has taken all the right measures to fight the current crisis and to anticipate the next one: climate change.

The Managing Director stressed that the immense stimulus packages implemented by most governments across the world offer an opportunity to build back better and not return to the old status quo. The IMF therefore recommends taxing carbon emissions and creating incentives for individuals and firms to lower their emissions. Georgieva highlighted the need to “move from taxing people and labour to taxing pollution”. With the funds raised from such carbon pricing, governments could support more green investments and job-rich sectors in innovation and renewable energy.

The EU’s economy cannot suffer under its ambitious green goals for the future. Large differences in carbon prices between the EU and its trading partners could, however, lead to trade distortions and the move of carbon-heavy industries elsewhere (i.e. ‘carbon leakage’). Georgieva stressed that the IMF isn’t seeking “to add fuel to the trade dispute fire” and until the world is ready for a global carbon price floor, the EU should start charging for the carbon content of imported products the same way as for domestic products. This would also minimise carbon leakage.

28:30 – the best solution: carbon price floor across the major emitting countries
29:55 – the next best solution: an EU carbon border tax adjustment
30:46 – issues that need to be considered
32:35 – on green bonds, financial markets and own resources

“Just transition is not just a slogan”

The European Union is in a unique position to “become the winner in the competition for the economy of tomorrow” with 90% of its population actually acknowledging that the climate crisis is an urgent risk. However, regions and sectors that rely on carbon-heavy production will have to reinvent themselves. The Managing Director concluded by stating that “just transition is not just a slogan” but requires decisive policy action and a stronger political narrative.

In Conversation with Kristalina Georgieva on pursuing a green economic recovery

The ‘In Conversation With’ series provides an opportunity to engage with leading personalities from the world of politics on European issues that matter to citizens. It will feature interactive interview-style discussions with our multi-stakeholder audience and our community of diverse members drawn from the private, public and civil society sectors.

We will also harvest questions, concerns and ideas from citizens across Europe from our 5 million user, online platform – Debating Europe, and put these to the commissioners. We will conduct video interviews to be shared on Debating Europe as part of a follow up debate, allowing citizens to react.

The European Union (EU) has been a champion of climate change mitigation and has recently embraced the goal of becoming a climate-neutral economy by 2050 in the European Green Deal. The European Commission is currently evaluating its climate mitigation policies and assessing the economic impact of cutting EU emissions by at least 50% by 2030 compared to 1990. A new study by IMF Staff discusses how to achieve these ambitious goals, calling on the EU to pursue more robust carbon pricing and targeted investment support.

The festival of politics and ideas to transform Europe's partners