The financial system needs to be “re-engineered” to encourage more investment in low-carbon technologies, a senior European Commission official told an audience at a Friends of Europe debate on 25 April.

“This is not just about money,” said Ugo Bassi, Director for Financial Markets at the European Commission. “This is something that requires also a change of culture.”

At the Café Crossfire event Bassi added that an interim report from the EU high-level group on sustainable finance, due in July, may recommend reforms to fiduciary duties, disclosures and even capital requirements to make green investments more attractive.

Ingrid Holmes, Director at Third Generation Environmentalism (E3G) and Member of the EU High Level Group on Sustainable Finance, said the EU should use its “soft power” to push the climate agenda, especially since the bloc has fallen behind China when it comes to per capita investment in renewables.

According to the International Energy Agency, investment in clean energy needs to triple to keep global warming below a maximum of 2°C, the target set in the 2015 Paris agreement.

EU estimates put the extra money required at €1 trillion a year, a figure that Mark Lewis, Managing Director and Head of European Utilities at Barclays, says will be easier to reach if governments “significantly” hike carbon prices to deter investment in fossil fuels.

But Anders Marvik, Vice-President for EU Affairs at Statoil, said there was no “political will” to do so and a lack of “sufficient projects for us to bid on”, a view shared by Michael Wilkins, Managing Director at global ratings agency S&P and a Member of the G20 Task Force on Climate-related Financial Disclosures.

“We need to tap into the infrastructure asset appetite that’s out there,” said Wilkins. 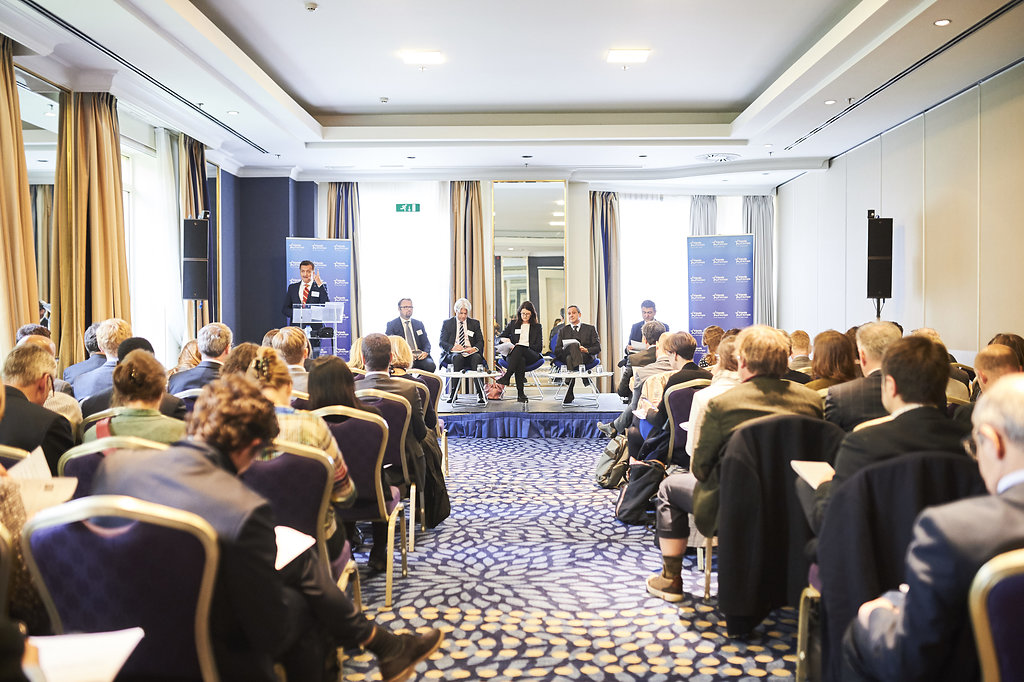 As the energy transition gains momentum, businesses and financial institutions are beginning to adapt to the low-carbon future.

But this future needs major investment. In fact it needs €379bn of investment, every year from 2021, just to reach the EU’s 2030 climate and energy strategy targets. Multiple financing challenges lie ahead, and investors need accurate and up-to-date information to help them to anticipate and overcome the obstacles to achieve a return on investment in the transition towards a lower carbon economy.

The G20 industry led Task Force on Climate-Related Financial Disclosures (TCFD), set up by the Financial Stability Board, plays an important role in convincing companies to increase voluntary, decision-useful and reliable climate-related financial risk disclosures. Transparency of financial data will help investors navigate the challenges of climate change by reducing uncertainty among themselves and encourage better decision-making on where to allocate their capital.

Ugo Bassi is European Commission Financial Markets director and manages amongst many high priority files the Capital Markets Union (CMU), a key priority and catalyst for further financial integration in Europe. A lawyer by profession, he has worked as Director in charge of the coordination of legal matters and economic analysis, managing specific areas such as the Accounting Directive, Company Reporting, as well as Audit and Credit rating agencies. Bassi, has striven to eliminate barriers to capital flows as well as enforcement of all financial services legislation in the EU.

Ingrid Holmes’ work focuses on how to better target financing for the low carbon transition in Europe as well as how to accelerate it by reforming capital markets. Prior to working for E3G, she worked for Climate Change Capital, a boutique investment bank specialising in low carbon investment, and as Energy and Environment Adviser in the UK Parliament and Science Policy Adviser at the Department for Environment. She also worked for nine years in science publishing and journalism, with her last role based in New York working for the Nature Publishing Group. Holmes has recently been appointed member of the European Union High Level Expert Group on Sustainable Finance.

Prior to his current position at Barclays, Mark Lewis was Chief Energy Economist at Kepler Cheuvreux and Managing Director and Global Head of Energy Research at Deutsche Bank, where he worked for 14 years. Lewis has nearly 20 years’ experience as a financial analyst covering energy and environmental markets, and has also worked as an academic at London University. His research on power, gas, and emissions was ranked Number 1 by Energy Risk magazine in its 2011, 2010, 2009 and 2008 surveys. He is currently an active member of the G20 industry-led Task Force on Climate-Related Financial Disclosure (TCFD).

With more than 20 years of experience in the oil and gas industry, Anders Marvik is currently Vice President and Head of the Statoil EU Political Affairs Office. Prior to taking up this position, Marvik held several management positions within the company’s Corporate Strategy, Business Intelligence and Treasury departments. He has broad international experience, having worked and lived for extended periods in Norway, the UK, Belgium, and Venezuela. His areas of expertise are in strategy, business intelligence, political affairs, industry analysis, business development, finance, and full value chain knowledge and experience.