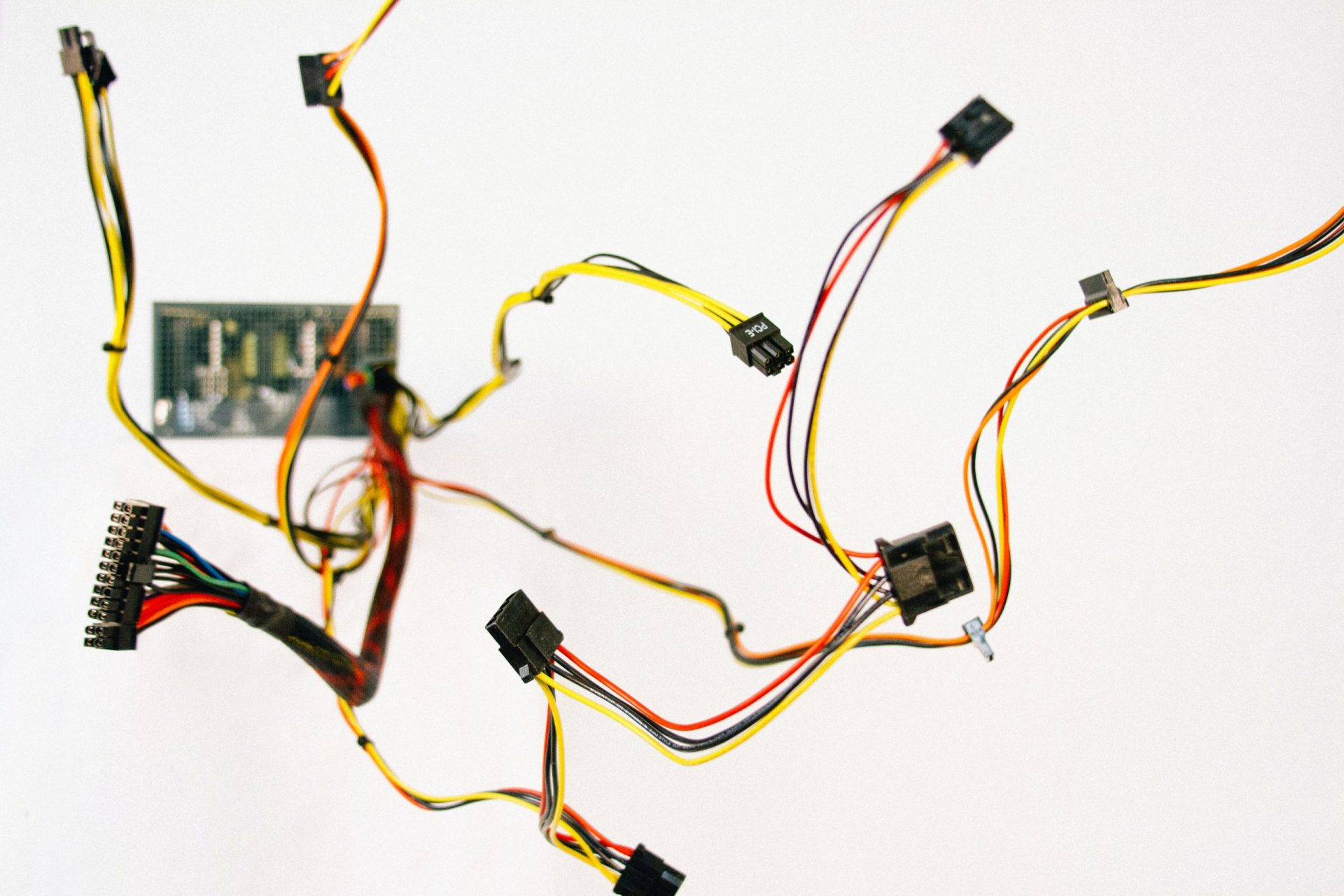 The COVID-19 crisis has arguably opened up a “once in a lifetime opportunity to stop hurtling down the path we have been for the last 30 years” and create a cleaner, more sustainable and inclusive future. Those were the opening words of Ashish Kumar Gupta, Corporate Vice-President and Head of Europe and Africa at IT service provider HCL Technologies, which partnered with Friends of Europe to hold an online debate on EU-Asia digital cooperation on 19 November.

In the current economic crisis, digital has become even more of a lifeline for individuals and countries, said moderator Dharmendra Kanani. The dynamics are already changing and in the next 10 years the tech world will be bending towards the South and Asia. Europe has traditionally looked west, but as the EU plans to deepen its investment into digital connectivity as part of its recovery and growth strategy, how can it reset its relationships and start to look east first?

EU and Asia: a new ecosystem?

How do you create an ecology – including emerging players – that fosters a “very different temperament” around the EU-Asia relationship?

How can increased digital connectivity play a role in overcoming poverty and inequality?

Rules and regulations: friend or foe?

The EU’s work on regulatory issues such as data protection is widely lauded, but can it also hamper innovation, especially for smaller and medium-sized businesses?

Where are the women?

Women are now re-shaping the world in so many ways, but they’re still being left out of the game in tech.

Europe needs to grasp the future

As part of a reset, how can Europe improve its competitiveness and standing in the digital sphere?

Europe and Asia are deeply linked through trade, economic and political interactions. They have also both suffered greatly from the pandemic and the drastic measures needed to curb the spread of the virus. But while the outbreak of COVID-19 has exacerbated existing trends and inequalities, it has also forced societies to quicken the pace of the digital transition and opened new doors for technological innovation.

Generating a sustainable, inclusive economic growth model of recovery and resilience will depend not only on international cooperation, but also on multi-stakeholder dialogue which addresses the challenges presented by this new wave of technology.

This Café Crossfire debate is part of Friends of Europe’s work on digitalisation, which helps think through the implications of the digital revolution, bringing together a wide range of stakeholder and community perspectives and experiences to play a role in shaping policy thinking and developments. We work across policy areas, taking a whole society, whole economy approach to ensure that digital is a force for good and that citizens are empowered to navigate a digital 21st century.

Europe and Asia are deeply linked through trade, economic and political interactions. They have also both suffered greatly from the pandemic and the drastic measures needed to curb the spread of the virus. But while the outbreak of COVID-19 has exacerbated existing trends and inequalities, it has also forced societies to quicken the pace of the digital transition and opened new doors for technological innovation.

Digital innovation is now, more than ever, the best way of generating green, inclusive growth. While the EU plans to deepen its investment into digital connectivity as part of its recovery and growth strategy – including further development of 5G networks – Asia is one of the most vibrant economic regions in the world and is leading growth of the digital economy.

Indeed, interactions between Europe and Asia increasingly involve the tech sector. The EU maintains annual ICT dialogues and working groups with many of its Asian partners – including China, India, Japan and South Korea. The digital economy forms an integral part of trade negotiations. And discussions over issues such as AI, blockchain, 5G and the internet of things take place through various fora on a regular basis.

A just and fair global recovery depends not only on international cooperation, but also on multi-stakeholder dialogue which addresses the challenges presented by a new wave of technology. Modern trade agreements reflecting mutual and shared needs have the potential to drive Asia-EU relations into a new phase, re-setting traditional frameworks that have too often thought ‘west first’. Getting this right will be at the heart of generating a sustainable, inclusive economic growth model of recovery and resilience. As Europe and Asia reflect on their next moves, it will be important for the Asian tech sector to be at the heart of these conversations.

With a distinguished career in Belgian and European politics, Isabelle Durant has held the offices of Deputy Prime Minister, Minister of Transport and Energy, and Senator in the Belgian Government. She also served as Vice-President of the European Parliament and President of the European Union Council of Ministers of Transport. With a wealth of experience collaborating with civil society and the private sector, her time as European Parliament Vice-President included responsibility for relations with civil society. Durant has held posts as a senior consultant on the empowerment of women in local government for the UNDP and as a member of Parliament of the Brussels-Capital Region in Belgium.

Helani Galpaya researches and engages in public discourse on issues related to net neutrality, policy and regulatory barriers in internet access, e-government and broadband quality of service. She also studies the changing nature of labour as a result of digitisation. Galpaya serves on several boards, including the Board of Editors of the Information Technology & International Development journal and the Board of Directors of the Global Partnership for Sustainable Development Data. She is also a member of the UN Internet Governance Forum’s Multistakeholder Advisory Group and was previously an advisor to the UN Broadband Commission’s Working Group on Bridging the Gender Divide.

André Loesekrug-Pietri is an entrepreneur and has held leadership positions in private equity, government and industry. He is currently the Chairman of JEDI, which aims to accelerate Europe’s leadership by financing and nurturing the development of breakthrough technologies. He previously served as a special advisor to the French Minister of Defence, where he was responsible for European defence policy, as well as technology and innovation, prior to which he has 15 years of experience in private equity and venture capital. Loesekrug-Pietri is a lecturer at Sciences Po and a regular columnist at several international media outlets. Having studied aerospace engineering, he is also a private pilot and Colonel with the French Air Force People’s Reserve.

Under Ashish Kumar Gupta’s leadership, HCL has grown to become one of the more recognised IT service providers in Europe. His work for the company has focused on building business and ensuring the success of these proposals across India, the United States and – since 2004 – in Europe and Africa. This includes the conceptualization and execution of Remote Infrastructure Management Services that eventually led to the formation of a large Indian infrastructure outsourcing industry. Gupta has been instrumental in creating key alliances and partnerships, including the Cambridge Service Alliance and HCL’s digital transformation partnership with Manchester United. In 2019, Ashish was nominated to the board of TechUK and the World Economic Forum – Europe Regional Business Council, focused on collaboration between corporates and start-ups and boosting digital education and upskilling.

A legal expert, Stefan Schnorr has a long history of government service, having held positions at both the national and regional levels in Germany. Today, he serves in the Federal Ministry for Economic Affairs and Energy, which aims to foster Germany’s innovation capacity by creating an environment that is conducive to investment. Part of this effort includes helping small- and medium-sized enterprises to embrace new innovations and digitisation. Before joining the federal government, Schnorr served in Berlin as Deputy Director-General for Federal Affairs at the Representation of Rhineland-Palatinate to the Federal Government and the European Union and as Head of the Representation of Lower Saxony to the Federal Government.