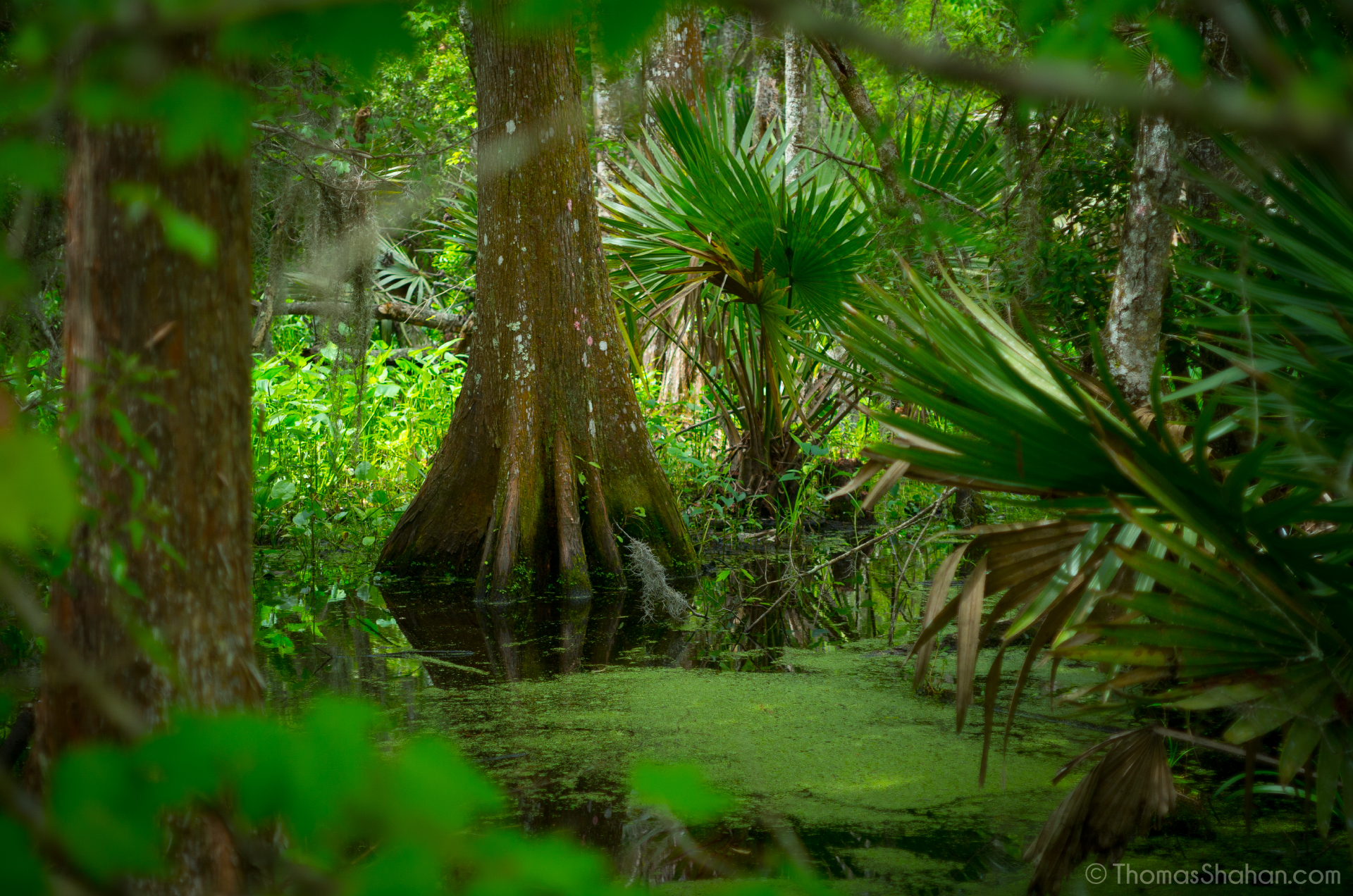 COP15: a last chance to save biodiversity?

Saving the world’s biodiversity is a job for all of us. It is clear governments need to set aside differences to ensure effective international action, but the scale of the task requires a mobilisation of all stakeholders, bringing in business, civil society, farmers and citizens around the world.

That was among the key messages coming out of Thursday’s ‘COP15: a last chance to save biodiversity?’, a debate organised as part of Friends of Europe’s Europe-China Dialogue.

Bringing in experts from Europe, Asia and beyond, the online event looked at what Europe and Asia can do together to protect and promote global biodiversity in the context of the United Nations’s COP15 conference. Potentially the decade’s most important biodiversity debate, COP15 is due to resume next April in Kunming, China, after a first online session in October.

“We are living in a world where species are dying out,” cautioned Zhang Ming, Ambassador of the People’s Republic of China to the European Union. “Biodiversity is at risk; the ecosystem is degrading. This all poses a huge risk to our survival and development as human society.”

The ambassador outlined China’s efforts to advance conservation domestically and internationally. He underscored the importance of EU-China cooperation as part of the global struggle to prevent biodiversity loss, hold back climate change and protect against public health threats. “For the international community to combat these challenges, I believe sincere cooperation is indispensable,” he added.

The opening sessions of COP15 have laid a “good foundation”, said Marie Stenseke, Co-Chair of the Multidisciplinary Expert Panel of the Intergovernmental Science-Policy Platform on Biodiversity and Ecosystem Services (IPBES), but there is much work still to be done.

She laid out three priorities for the international community in defending biodiversity: building a stronger rule-of-law framework that enforces environmental protection and removes economic incentives for habitat destruction; a revision of economic development measurement that moves beyond the limitations of GDP growth; and the expansion of cross-sectoral approaches to mainstream biodiversity protection into all areas.

“Transformative changes are necessary … for biodiversity. We are not doing enough,” Stenseke said. “To be inclusive and participatory … is the necessary approach in order to be successful, to halt the loss of biodiversity and reverse the trends. It demands actions from all of us.”

That inclusive approach involves engagement with public opinion and reaching out to all sectors of society. Local communities, youth and women have a key role in developing the synergies needed to build effective responses, said Linxiu Zhang, Director of the United Nations Environment Programme – International Ecosystem Management Partnership (UNEP-IEMP). Supporting community participation and female empowerment could be a key area for EU-Asia cooperation, she added.

“Indigenous people and local communities contribute to the conservation and sustainable use of biodiversity, through the application of traditional knowledge but also innovations and practices and through stewardship of biodiversity on their traditional lands,” Linxiu Zhang explained. “The important roles played by women and girls and youth have been broadly recognised.”

Participants joining the debate from Asia and Africa complained about the lack of resources for biodiversity initiatives on the ground, despite promises of assistance. “The funds exist but on the ground, we don’t see anything,” said Fadi Noutchemo, Founder and President at the Young African Aviation Professional Association (YAAPA54). “What I want to see, if we all want to save the world, is little initiatives where opportunities are given people who really care about the world. I’m personally tired of the policies that don’t work.”

Another important area where Europe and Asia can work together is ensuring best practices can be shared around the world, said Zhang Fengchun, Research Fellow at the Chinese Research Academy of Environmental Sciences (CRAES).

“China’s domestic experience can help other countries and regions of the world, including some best practices, successful models and technologies and some concepts that can be directly used by other countries,” he said.

COP15, to be held online this October and then in China’s Yunnan province in 2022, is potentially the most important discussion on biodiversity this decade. As 2020 opened the world’s eyes to the impact that a significant decrease in human activity can have on biodiversity, those formulating recovery efforts have vowed to make climate change a priority. Unfortunately, habitat loss and environmental degradation have not captured governmental and commercial attention in the same way emissions figures have – despite the innate connection between the two. Southeast Asia alone hosts nearly 20 percent of global plant and animal species, and includes four of the world’s 25 biodiversity hotspots. Of the region’s three ‘megadiverse’ countries, two have experienced massive biodiversity and habitat loss due to human activity and voracious industries, with almost three million hectares of Indonesian forest lost over 15 years. COP15 offers an opportunity for many Asian countries and businesses, particularly in ASEAN, to take a leadership role and work together in the fight to save biodiversity.

On 28 October, we will examine the outcomes of the first part of the discussions, and look ahead to what Europe and Asia can do together as they look to protect and promote global biodiversity.

The discussion forms part of our Europe-China Dialogue, aimed at promoting greater Europe-Asia engagement and cooperation through a frank and open discussion of areas of convergence and divergence.

Zhang Fengchun is currently the Chief Technical Expert of the Global Environmental Facility (GEF) ‘Building Sustainability into National Protected Areas (PA) Reforms to Conserve Globally Significant Biodiversity in China’ project. He is also a Coordinating Lead Author at the Intergovernmental Science-Policy Platform on Biodiversity and Ecosystem Services (IPBES), where he is responsible for thematic assessments on land degradation and restoration. His fields of academic expertise include biodiversity conservation, environmental protection and land degradation control, and the mainstreaming of biodiversity into climate change adaptation and mitigation. Formerly at the Chinese Ministry of Environmental Protection, Zhang was involved in the EU-China Biodiversity Programme and the Sino-Norwegian Biodiversity and Climate Change Project.

With over 10 years of experience in project and programme management at the IUCN, Nguyen Hien currently oversees the implementation of MFF projects and activities in Vietnam. The MFF initiative seeks to promote investment in coastal ecosystem conservation for sustainable development. Prior to joining the IUCN, Nguyen was a civil servant at the Vietnam Administration of Seas and Islands (VASI), which is part of the country’s Ministry of Natural Resources and Environment.

Zhang Ming has had a long and distinguished career in the diplomatic service, specialising in West Asian and North African affairs. Starting his career by working in Chinese embassies in Yemen, Oman and Israel, he later became Ambassador Extraordinary and Plenipotentiary to Kenya, Permanent Representative to the United Nations Environment Programme (UNEP) and Permanent Representative to UN-Habitat. Prior to his appointment to Ambassador of the Chinese Mission to the EU, Zhang served as Vice-Minister at the Ministry of Foreign Affairs.

Ville Niinistö is a Member of the European Parliament. He coordinates the work of the Greens/EFA Group in the Committee on Industry, Research and Energy (ITRE) and is a member of the Committee on Environment, Public Health and Food Safety (ENVI). In Finland, he also serves as a member of the City Council of Turku. Niinistö was Finland’s Minister of the Environment from 2011 to 2014 and has also been the leader of the Green Party of Finland. Before his election to the Finnish Parliament, Niinistö worked as a doctoral student in political history at the University of Turku.

Marie Stenseke is a Professor in Human Geography and the Deputy Dean of the School of Business, Economics and Law at the University of Gothenburg. Her research concerns biodiversity, nature conservation and landscape management from a social science perspective. Stenseke’s academic work has predominantly been carried out in an interdisciplinary context and often in collaboration with governmental bodies and other stakeholders. She has been involved in a large number of national and international research projects and programmes and regularly participates in knowledge communication through various special commissions. Stenseke is also a Fellow of The Royal Swedish Academy of Agriculture and Forestry.

As Director of UNEP-IEMP, established by the Chinese Academy of Sciences (CAS) and UNEP, Linxiu Zhang leads the implementation of a UNEP flagship programme focused on the nexus of climate change, ecosystem services and sustainable livelihoods through South-South cooperation. She is a Senior Research Fellow at the Institute of Geographic Sciences and Natural Resources and a Fellow at The World Academy of Sciences (TWAS). Her research is centered on policy studies related to rural development with a focus on poverty alleviation and sustainable livelihoods, climate change adaptation and gender. Zhang previously served as the director and deputy director of the Center for Chinese Agricultural Policy of CAS.