As it pushes innovation up its agenda, Europe can learn from the experience of China’s tech entrepreneurs like Jack Ma, the founder of China’s e-commerce giant Alibaba, participants heard at a debate organised by ChinaEU in association with Friends of Europe.

“Innovation-driven development is rising rapidly up China’s reform and modernisation agenda”, said moderator Shada Islam, Director for Europe and Geopolitics at Friends of Europe. “And propelling the Chinese innovation drive forward are the country’s high-profile tech entrepreneurs, with Jack Ma in the lead. They are transforming the way China works- and buys.”

Duncan Clark, author of “Alibaba: The House that Jack Ma Built”, argued that Europe has to look at Chinese companies as they are, and not always compare them to Western companies. One of the best examples is WeChat which, despite often being described as the Chinese equivalent of WhatsApp, contains more innovative functions revolutionising the way people communicate, work, travel, and even purchase things and services.

But are European internet companies really able to compete with Chinese and US giants? Jasmin Battista, responsible for online platforms and e-commerce policy in the European Commission Directorate General for Communications Networks, Content and Technology, argued that what Europe currently lacks is a market large enough to compete with China and the US. This makes efforts to create a Digital Single Market ever more crucial. “The Digital Single Market is a priority for President Juncker and we take the plan very seriously”, she said. “Today Europe is fragmented into 28 digital markets, but Internet has no boundaries. The Digital Single Markets consists of a set of 16 initiatives that will allow better access for consumers and business to online goods and services across Europe. We will remove the key differences between online and offline worlds, and break down barriers to cross-border online activity.”

The success of companies such as Alibaba can however not solely be attributed to the size of the Chinese market. Claudia Vernotti, Director of ChinaEU identified resilience as another key factor of Jack Ma’s success. “Many people do not persevere because they get disappointed by failures and demotivated by the difficulties encountered on the way”, she said. “Jack Ma failed twice in his attempts to build something great and meaningful, but he persevered until getting to see that bright ‘day after tomorrow’.” Chen Laiji, Professor at the Cheung Kong School of Journalism and Communication of the University of Shantou, argued that “China’s entrepreneurship success lies in the hard working attitude of its people. This is something taught in China’s education system and is linked to our culture of Confucianism.”

Jack Ma, and other Chinese tech entrepreneurs, are now turning their attention to the rest of the world. “Jack Ma has an unbridled enthusiasm for trade and the internet”, said Clark. “So he really wants to export this to the world. He feels that, left to governments alone, it will take too long to unlock the power of small enterprises. His vision is to do what he has done in China on the global scale, to help entrepreneurs in different parts of the world find markets.”

Eric Pelletier, Head of International Affairs of Alibaba, explained the group’s European and global strategy: “Alibaba’s future is focused on three main drivers: big data, ‘go rural’ and ‘go abroad’. Europe in particular is a priority market for Alibaba, who wants to position itself as a gateway for European SMEs to China”. Alibaba is increasing its presence in Europe, setting up offices in the UK, France, Germany, Italy, The Netherlands and more recently in Belgium, with the aim of bringing European companies, and especially small and medium enterprises, to the fast-growing consumer market in China.

Home to over 700 million netizens, China is today the world’s largest internet market and has recently taken over the US as first e-commerce marketplace, with online transactions totalling 16.4 trillion RMB (€2.19 trillion). China’s rapidly expanding middle class, now as big as the whole population of the US, increasingly demands high quality products, and an estimated 461 million Chinese consumers, a third of the population, are now shopping online. This opens huge opportunities for European brands to tap into the Chinese market.

E-commerce is thus a particularly promising sector for EU-China cooperation. It is far away from sensitive political issues, but has great potential to boost trade volumes, investment levels and mutual trust in the two digital economies.

Innovation-driven development is rising rapidly up China’s reform and modernisation agenda, with Beijing setting out a step-by-step approach for building China into an innovative nation by 2020, an international leader in innovation by 2030 and a world powerhouse of scientific and technological innovation by 2050. Propelling the Chinese innovation drive forward are the country’s high-profile tech entrepreneurs like Jack Ma, the founder of Alibaba, China’s e-commerce giant.

ChinaEU and the China Internet Development Foundation (CIDF), in association with Friends of Europe, are delighted to invite you to a Policy Insight debate with Duncan Clark, author of “Alibaba: The House that Jack Ma Built”, on China’s innovation drive and what it means for Europe and the world. 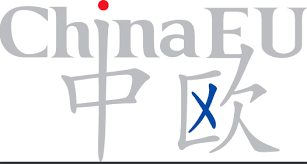