Making global energy use sustainable requires four times the current $400 billion annual investment in clean energy. “This can only happen if there is an international, legally binding agreement from Paris, for which I have more hopes now,” he said. “I consider this China-U.S. agreement to be a historic moment.”

“This can only happen if there is an international, legally binding agreement from Paris, for which I have more hopes now. I consider this China-U.S. agreement to be a historic moment.”

The IEA’s World Energy Outlook 2014 forecast 37% growth in global energy demand by 2040, according to a central scenario. That will present major challenges, especially given instability in oil-producing countries in the Middle East and the crisis in Ukraine started by Russia, a major source of gas. At the same time, however, increasing worldwide emphasis on energy efficiency is starting to bring results.

The energy mix will likely change, according to the IEA, with renewables and gas increasing their share, while demand for coal slows down. Nuclear capacity will decline in the EU, but rise in China, which will be the source of almost half the new capacity. China will be soon ready to export its nuclear technology to other countries, Birol said. Currently about 80% of nuclear plants are in OECD countries – but in 2040 just half will be.

Erik Waerness, Chief Economist of Statoil, said that markets must decide energy choices. “We cannot afford to pick winners and losers on the basis of hope and costly bets,” he said. “We must let the market decide.”

But he pointed out the external impacts of fossil fuel use, such as pollution and greenhouse gas emissions. “We need to handle all those negative externalities in an efficient manner, and that means stop subsidising fossil fuels,” he said. “One of the reasons why the United States will have low energy prices for the consumer compared to China and the rest of us is that they don’t tax CO2 emissions. And they probably never will, when you look at the elections.”

A number of recent reports have shown that wind power can be cheaper than fossil fuels, when total costs are taken into account, said Thomas Becker, CEO of the European Wind Energy Association. “And now we have the World Energy Outlook confirming that wind energy can compete with fossil fuels,” he said. “I think the tide is out on the subsidies debate, and we can now see who is swimming naked.”

The nuclear industry suffers from dealing with a variety of different regulatory regimes in EU member states, said Jean-Pol Poncelet, Director General of Foratom, a nuclear industry trade association. His suggestion to level the playing field: “The only way to compensate for this would be to introduce a carbon tax, and so far the EU system is not working,” he said.

You can read articles related to these issues on Europe’s world.

This Friends of Europe’s high-level conference was held on the occasion of the official Brussels launch of the latest World Energy Outlook (WEO) of the International Energy Agency, celebrating its 40th anniversary this year. 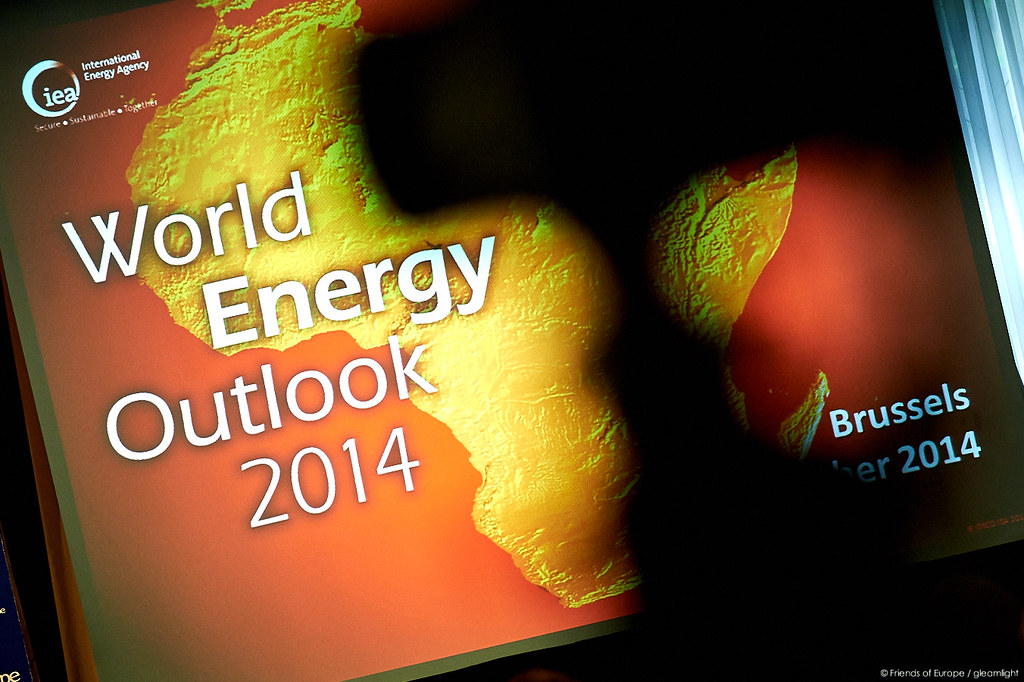 The global energy landscape is evolving at a rapid pace, reshaping long-held expectations for our energy future. What new trends are highlighted in the International Energy Agency’s World Energy Outlook (WEO) 2014, and what are the implications for Europe and energy security?

Director for New and Renewable Sources of Energy, Energy Efficiency and Innovation at the European Commission Directorate General for Energy

Prior to joining EWEA, the voice of the European wind power industry, Thomas Becker has been CEO of the global used-tyre recycling company Genan. He has long-standing experience of international negotiations at the highest level, having served as Deputy Permanent Secretary for Denmark’s Ministry of Climate and Energy and the EU’s lead negotiator on climate change to the United Nations.

Marie Donnelly is responsible for the development of European policy and actions in the field of energy efficiency and the EU 20-20-20 targets, and for the coordination of the research actions related to energy including the development of technologies and innovative solutions for low carbon technologies. She has previously worked for the European Commission’s Directorate General for Employment and Social Affairs, as well as for the Directorate General for Enterprise.

Eirik Wærness is an expert in the fields of energy and petroleum economics, macroeconomics, tax analysis, corporate strategy, and investment analysis. His career involves working for the Norwegian Ministry of Finance, the Central Bank of Norway, Total E&P Norway and Econ Pöyry, in addition to Statoil. He is also member of the World Economic Forum’s Global Agenda Council on the Future of Oil & Gas.