Businesses and governments will need to make sweeping changes in their energy plans in coming years, as energy prices and supply are transformed by new technologies, regulations and market conditions, panellists said at Friends of Europe’s high-level conference hosting the official Brussels launch of the IEA World Energy Outlook 2015. The biggest impacts are expected to come from the current low energy prices and from a new global climate deal that the UN Climate Change Conference will aim for in Paris starting 30 November.

The current oil price is under $50 a barrel, which is at first sight good for oil importers, such as the European Union and China. But this could result in the second straight year of falling upstream oil and gas investment in 2016, and the concentration of production in a politically unstable region.
“If prices stay low many years, the only area in the world which can produce oil and make money is the Middle East, because it is very cheap to produce oil there,” said Fatih Birol, IEA Executive Director. The IEA thinks the market will rebalance at $80 a barrel in 2020.

View the presentation made by Fatih Birol here.

An agreement in Paris could provide an extra driving force for low-carbon technologies, as well as forcing users to cut back on fossil fuels. Hopes for an accord are rising now that countries accounting for 90% of energy-related emissions have put forward emission reduction plans. However, the current pledges are consistent with a temperature rise of 2.7°C and there is a need of additional $13.5tn investment in low-carbon technologies and efficiency by 2030, says the World Energy Outlook.

“For Paris, we are getting some green lights and strong political momentum,” said Birol. “If there is any single energy company in the world which believes that climate policies will not affect their business, then they are making a business mistake.”
The upcoming Paris climate conference can only be called a success, added Maroš Šefčovič, European Commission Vice-President for Energy Union, if it is “not the end but a new beginning of global responsible approach to climate change, which would include ambitious long-term directions, with robust tools, clear monitoring, verification mechanisms and adequate financial support.”

Given that so far just four EU member states have clear long-term vision on how their want to frame their energy transition, the Commission will also propose a new template showing how the long-term national energy and climate plans should be developed in every member state to include all five dimensions of the Energy Union.

“We believe that this will give the Member States ownership of the process. It will also give the European Commission the possibility to compare efforts – to see if the trends are good and to really set the long-term framework. The number one request I’m getting from the business community is for regulatory stability – clear signals and not changing rules every two or three years.” 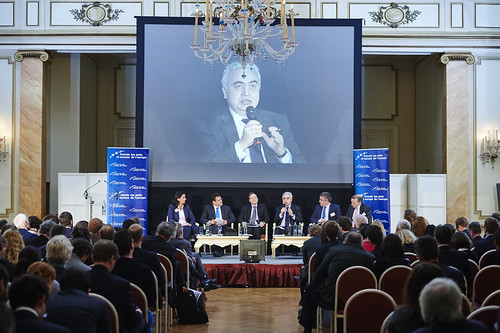 This high-level conference is co-organised with the International Energy Agency to host the official Brussels launch of the World Energy Outlook 2015.

The event will start with the presentation of the latest IEA flagship publication by Fatih Birol, Executive Director of the IEA, followed by a high-level panel debate, moderated by Chris Burns, Strategic Adviser at Friends of Europe.

The global climate negotiations leading up to December’s Paris conference, along with the precipitous fall in oil prices, and conflicts and instability in the Middle East are all making energy markets around the world more volatile than ever. What are the economic, environmental and security implications of so much uncertainty for Europe? How does Europe fit into the changing world energy panorama? If lower oil prices persist, what will that mean for markets, policies, competitiveness, investment and the energy mix in the EU? Will other countries’ climate pledges have an impact on Europe and will they in any case be enough to limit the global temperature rise to below 2°C?