The world energy sector is experiencing major transformations. Energy markets and the climate crisis are important, but governments will drive energy decisions as most investments are government-driven, Fatih Birol, Executive Director of the International Energy Agency (IEA), said at the official 27 November launch of the World Energy Outlook 2018 report – regarded as the “gold standard in energy analysis”.

“Our energy destiny rests with governments,” Birol told the Brussels conference hosted by leading think-tank Friends of Europe. Indeed, some $42.3 trillion is needed for energy supply to 2040. Over 70% of the $2 trillion required each year in energy supply investment either comes from “state-directed entities” or receives “a full or partial revenue guarantee”, he explained. The remaining 30% is driven by the market.

The IEA World Energy Outlook reveals the latest energy trends and the implications of different pathways on global climate goals, energy security and geopolitics. “We chose electricity as the focus this year,” Birol said, highlighting that not only is electricity demand set to grow at twice the pace of total energy demand, its share in final consumption will increase towards one third by 2040.

Maroš Šefčovič, European Commission Vice-President for the Energy Union, on the eve of presenting the Commission’s landmark “Clean Planet for All” decarbonisation strategy for 2050, agreed electrification, supported by better regional cooperation and greater flexibility, was important for the energy transition and to achieve Europe’s climate targets.

The key was also to progress much faster in transport – where electricity – notably in the huge growth in electric cars and buses – again plays a central role.

But while electrification has “huge potential”,  it could not stop greenhouse gases emissions, that in 2018 reached a new “historic high”, the IEA chief said.

With Birol calling for “much more effort in terms of lower carbon technologies,” the report concludes there is no single emissions solution: “Renewables, efficiency and a host of innovative technologies, including storage, CCUS and hydrogen, are all required.”

This message was supported by Francesco Gattei, Executive Vice-President for Scenarios, Strategic Options and Investor Relations at global energy company Eni, and Olivier Grabette, Executive Vice-President at French Transmission System Operator (TSO) RTE. They both emphasized respectively, “there is no perfect energy source, each has its pros and cons” and “decentralisation is very important and we do not have to oppose decentralisation and building a strong Energy Union at European level through the development of interconnections, we need all of this.”

Imke Lübbleke, WWF Europe Climate and Energy Head of Unit concluded by saying “We are very much looking forward to the net-zero commitment from the European Commission which should provide a strong emphasis and strong guidance to leaders where investments have to go.” 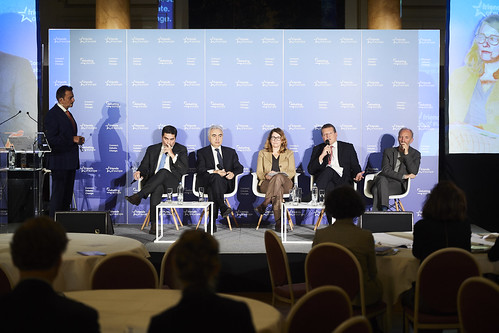 In our 2018 edition, we are welcoming key speakers and senior stakeholders to exchange insights on the outlook for European energy markets and provide first-hand key insights on the outcomes of international climate and energy discussions held in Katowice during COP24.

The world energy market is experiencing major transformations: the cost of renewables is plunging and electricity demand is set to grow at twice the pace of energy demand as a whole. Understanding Europe’s Energy Union in this dynamic interplay of energy markets, technologies and policies has never been more critical. The presentation of the 2018 edition of the International Energy Agency’s flagship World Energy Outlook, regarded as the gold standard in energy analysis, sheds light on latest data, technology trends and policy announcements while taking into account energy demand and supply projections through 2040 under different scenarios.

Join IEA Executive Director Fatih Birol and key European leaders to hear how the outlook for global and European energy markets is set to evolve.

Vice-President for Economy, R&D, Expertise and IT of Réseau de Transport d'Électricité (RTE)

Francesco Gattei is currently Eni Executive Vice-President for Scenarios, Strategic Options and Investor Relations. He has a long history of working for the Italian company where he dealt mainly with economic valuations, business development and negotiations for large projects in central Asia. He also served as negotiations and commercial manager in Libya before to become responsible for business planning for Eni’s global operations. Following this, he became responsible for the “Centro Studi Eni”, Eni’s research centre focusing on scenarios, strategic analysis and economic assessments.

Olivier Grabette has worked for Réseau de Transport d’Électricité (RTE), the electricity transmission system operator of France, for the past decade and has been Executive Vice-President for more than half of that time. He began his career in the engineering department of Électricité de France (EDF) and now serves as Executive Vice-President and Member of the Board of RTE, where he is in charge of Economy, Research and Development, Expertise and IT. He previously worked for the top management of the company’s National Centre for Grid Expertise. In 2012, he created the Research and Development Department of RTE and he has been responsible for Economy and R&D since 2014.

Imke Lübbeke has been heading the climate and energy unit of WWF European Policy Office since October 2015. Prior to that, she coordinated WWF’s EU-focused work on renewable energy and bioenergy, coming to the Brussels office from WWF Germany, where she founded the German NGO Platform on sustainable bioenergy. Lübekke was Project Director of the MaxiMiseR project, an initiative which aims to ensure that national 2050 EU climate strategies are ambitious enough and that they are developed in a fully transparent way. 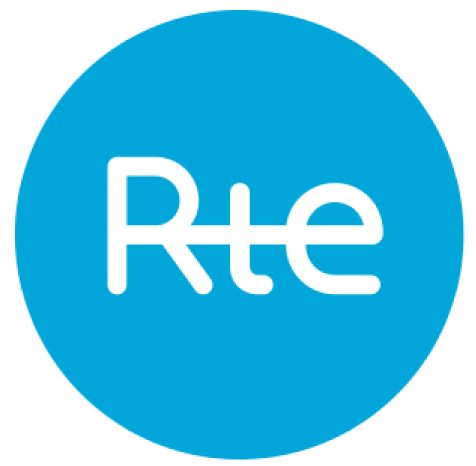