Fatih Birol was presenting a report outlining the investments required to meet global energy demand and replace aging infrastructure up till 2035, based on factors such as projected demand and public policy initiatives. The IEA’s World Energy Investment Outlook estimated that $8 tn of investment would be needed to achieve greater energy efficiency, on top of $40 tn of investment in energy supply.

This investment path implies a 3.6 degree Celsius rise in global temperatures – well short of climate stabilisation goals – said Birol, as current regulation is not strong enough to push sufficient investment in low-carbon sources and energy efficiency. However, that might change if there is a breakthrough at the UN climate conference in Paris in 2015, he said. If the world aims for just a two-degree rise in temperatures, the necessary investment would rise by $5 tn, to $53 tn.

“The difference is very small,” Birol told the conference. But “energy investments need to be reallocated for different technologies: more renewables, more efficiency, more nuclear power. The issue here is not the amount of money – it is the reallocation of the money.”

Birol also warned that Europe’s wholesale electricity prices need to rise if the continent is to avoid blackouts in future and meet the investment needs ($ 2,2 tn, 2nd largest after China). “To make the sector investible we need a 20% increase in wholesale prices,” he said.

But these increases will aggravate the situation of end-users, who already pay high prices, and further hurt the competitiveness of European business. “Europe has to redesign its electricity sector giving priority to the stability of the system, while of course continuing to protect the major success story of renewables penetration,” he said.

Birol said that in general, energy investment decisions are influenced by government policy more than market signals. That means that governments need to apply consistent rules so as not to put off potential investors. 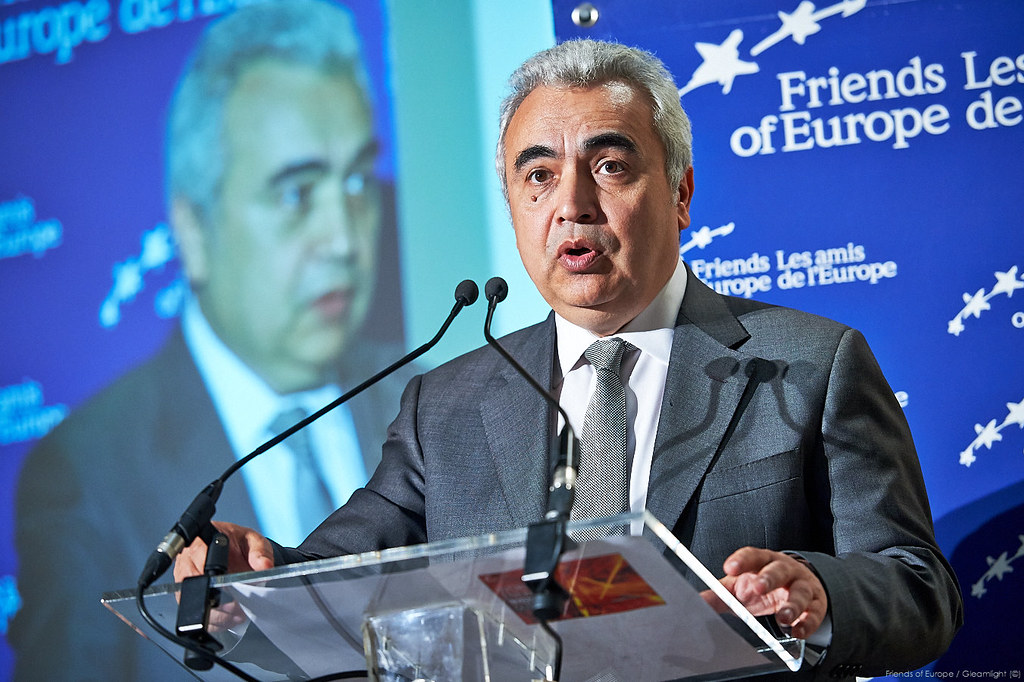 There is no shortage of either the energy or financial resources needed to meet the world’s future energy needs. But there is legitimate concern that these resources may be allocated in ways that fall short of offering a universal, reliable and affordable energy supply. Added to that, the energy sector looks set to continue emitting pollutants and greenhouse gases at a rate causing serious environmental damage. Whether these fears turn out to be justified depends on a range of policy, regulatory and market considerations, that vary widely region by region, while determining both the energy sector’s ability to attract finance, as well as the business models, technologies and fuels that investors will choose.

What scale of energy investment is needed and where will it come from? What sectors and technologies should be prioritised to secure energy supply? What role should governments play in shaping investment decisions? Are current investment patterns sustainable? What is the likely impact of climate policies, and the target of limiting the rise in global average temperatures to 2°C, on profitability and future investment trends? What can be done to avoid the risk of a financial carbon bubble? What factors can explain the setback in clean energy investment worldwide from the record level of 2011; will the likely cuts in energy subsidies in Europe aggravate this downward trend? Could investments in energy efficiency yet be a game changer?

Director for New and Renewable Sources of Energy, Energy Efficiency and Innovation at the European Commission Directorate General for Energy

Marie Donnelly is responsible for the development of European policy and actions in the field of energy efficiency and the EU 20-20-20 targets, and for the coordination of the research actions related to energy including the development of technologies and innovative solutions for low carbon technologies. She has previously worked for the European Commission’s Directorate General for Employment and Social Affairs, as well as for the Directorate General for Enterprise.

Expert in climate change and clean energy law, Anthony Hobley is currently CEO of Carbon Tracker Initiative, a non-profit organisation working to align the capital markets with the climate change policy agenda. He also sits on the boards of the Climate Markets and Investment Association, the Verified Carbon Standards Association and on the Advisory Board to the Climate Bonds Initiative. Hobely has played a key role in helping design the United Kingdom’s pilot emissions trading scheme and in developing key aspects of the EU ETS.

Gerhard Roiss heads OMV Aktiengesellschaft, an integrated international oil and gas company headquartered in Vienna. OMV Aktiengesellschaft is the market leader in Central and Eastern Europe with group sales of €42.41 billion. During his long career at the company he was responsible, among other things, for Plastics and Chemicals, Exploration and Production business, and Refining & Marketing including Petrochemicals.

Ian Simm has been responsible for building Impax Asset Management since its inception in 1998. Impax Asset Management is an award winning investment management firm (£2.6 billion) dedicated to investing in the opportunities created by the scarcity of natural resources and in those which derive from the growing demand for cleaner, more efficient products and services. He continues to head the firm’s investment committees and he has also been appointed member of the UK’s Natural Environment Research Council (NERC).