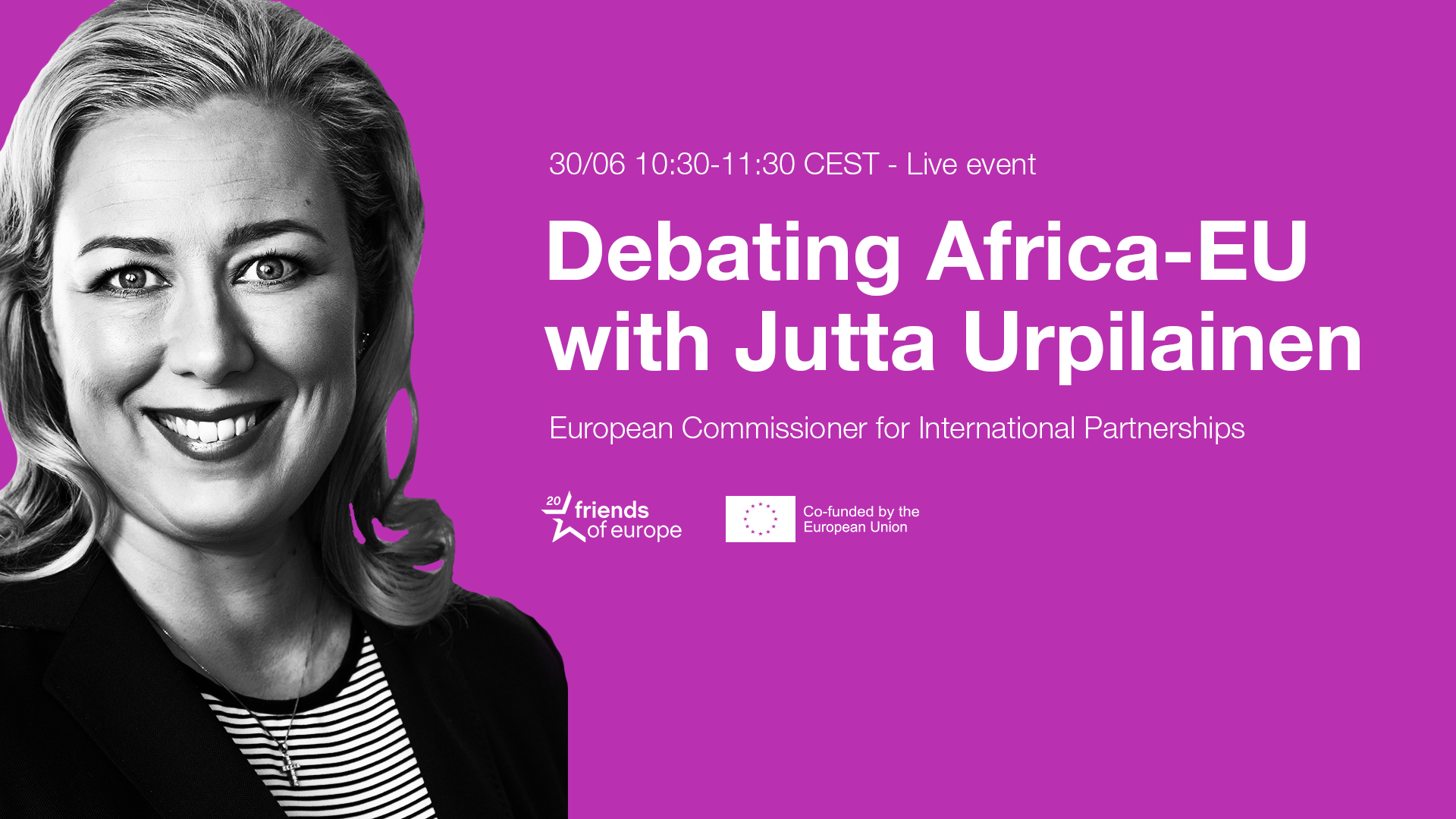 The Next Generation of Africa-Europe Relations

As Africa and Europe seek to re-set their partnership, Friends of Europe is engaging with its partners across both continents about the long-term vision, as well as the diverging and converging issues at the heart of this established cooperation. Africa and Europe have a shared interest in accelerating work on the global agenda for sustainable development and facing together a climate emergency. The Covid-19 crisis is exposing the lack of resilience on the fundamentals of life (water, food, health, energy) and the urgency to rethink our common future as Africa and Europe.

Through its “Debating Africa-EU” series, Friends of Europe is focused on engaging its partners and the new EU College of Commissioners around their vision and priorities for EU-Africa cooperation. The series has been timed to take place in the run-up to the EU-Africa Union Summit 2020. The first in this series takes place on 30th June with the European Commissioner for International Partnerships, Jutta Urpilainen, and Aya Chebbi, African Union Youth Envoy with a strategic focus on how to “reset Africa-Europe relations”.

Before the dawn of COVID-19, a new chapter of Africa-Europe cooperation was at the top of the agenda in 2020 with both continents on the cusp of major political and economic shifts marked by the African Continental Free Trade Area, the post-Cotonou Agreement, the EU’s new leadership and multi-annual budget. In March, the EU outlined a long-awaited new Africa strategy with ambition of forging a “partnership of equals” and crafting a new relationship in the face of common challenges. The Covid-19 pandemic and the global climate crisis have made it even more imperative that both continents act urgently to tackle both the common challenges and the shared opportunities that lie ahead.

Director of Insights at Friends of Europe

EU Commissioner Jutta Urpilainen currently oversees the Commission’s work on international partnerships, in addition to being an outspoken advocate for gender equality, social justice and youth participation. Before joining the Commission, Ms Urpilainen served as a Member of the Finnish Parliament from 2003 to 2019. In 2008, she became the first woman leader of the Social Democratic Party of Finland. From 2011 to 2014, she served as Finland’s Deputy Prime Minister and Finance Minister. During that time, she became closely involved in development issues. She served as the Foreign Minister’s Special Representative on Mediation (2017-19) and chaired the Finnish National Commission for UNESCO (2015-18).

Read more about "How can the EU best coordinate health policy for ‘part two’ of the pandemic?"

Read more about "Serbia and Kosovo: time to bury the hatchet"

Read more about "From conception to inclusion: 20 years into the Women, Peace and Security Agenda"

Read more about "EU-China trade and investment: views from East and West"