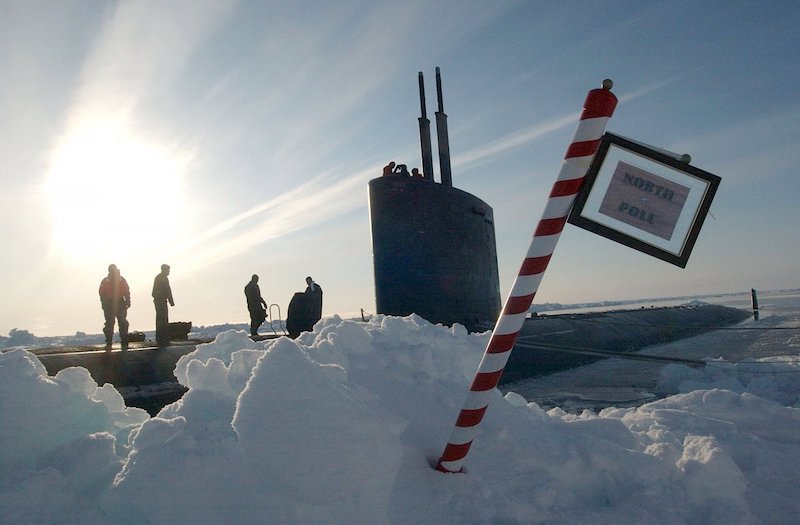 The Arctic intersection: security cooperation and competition in the high north

For most of the three decades since the end of the Cold War, the Arctic has been a zone of low tension, a glacial oasis of multilateral cooperation and a geopolitical backwater. That has changed somewhat due to Russia’s 2014 military action in Ukraine, China’s increasingly assertive global reach, declaring itself a “near-Arctic state”, and the United States’ aggressive denunciation of perceived threats by both powers to security in the Arctic. In this context, Paul Taylor, Senior Fellow for Peace, Security and Defence at Friends of Europe and Contributing Editor to Politico, launched his report on Arctic defence cooperation.

In keeping with the theme of international cooperation as key to Arctic security, the panellists represented points of view from across the region, from Norway and NATO, the European Union, and Russia, to the United States. One panellist called in from Alaska on an iPhone because his internet was down, a stark example of the need for better digital connectivity in the region, as recommended in the study.

The consensus among the speakers was that the Arctic continues to be defined as a region of low-tension. As Tone Skogen, Norwegian State Secretary in the Ministry of Defence, stated there is no new ‘’great game’’ in the Arctic, despite perceptions otherwise. China, while interested in the Arctic, is focused on research and economic elements more so than militarisation. And competition over the creation of new shipping routes is vastly overstated. Michael Mann, EU Special Envoy for Arctic Matters agreed ‘’the Arctic has been and remains an area of low tension and peaceful cooperation despite tensions elsewhere in the world.’’- Michael Mann (32:55)

However, certain new geopolitical dynamics still threaten the delicate balance of cooperation and competition. Russia’s military build-up poses the greatest threat, not as a statement of intent to create conflict, but more so in terms of how an unexpected event or a reaction to tensions elsewhere could result in its rapid mobilisation. In her remarks, Katarzyna Zysk, Professor, Deputy Director and Head of Centre for Security Policy at the Norwegian Insitute for Defence Studies in Oslo, explained ‘’The Arctic is not an insulated security space. It is likely to get further intertwined with the supranational and global issues.’’- Katarzyna Zysk (1:06:32)

Katarzyna Zysk and Tone Skogen, in particular, were wary of underestimating Russia’s militarisation of the region. From Tone Skogen’s Norwegian perspective, maintaining a military presence is not only an important deterrent to Russian aggression, but also showcases NATO’s presence in the region. She also emphasised the importance of transparency and openness in dealing with Russia, an opinion echoed by Michael (Mike) Sfraga, Director of the Global Risk and Resilience Program and Polar Institute at the Wilson Center in Washington DC, who warned of the potential of miscommunication to create conflict, asserting ‘’I don’t think it will be… an event where we go to war over the Arctic, I think it’s a miscommunication, not having the right comms in place, not understanding motive and motivation, those are the kind of things that I think could happen in the North.’’ – Mike Sfraga (51:56)

Events such as hybrid and cyberattacks, potentially causing a maritime accident, or an environmental disaster, could aggravate tensions, particularly given the shortage of search and rescue capabilities and certain disputed maritime regions confusing who is responsible for what. Paul Taylor’s report recommends using existing institutions such as the Arctic Council as well as informal diplomatic pathways to maintain communication and resolve these disputes, for example, under the auspices of the Munich Security Conference, an aspect that all panellists agreed with, Tone Skogen remarking, ‘’We need to use the existing fora to preserve a rules-based approach to international cooperation in the Arctic.’’ – Tone Skogen (30:03)

However, despite the threat of Russia and the prospect of an unexpected event turning the Arctic into a region where disputes play out, many considered climate change the gravest threat to Arctic security. Michael Mann stated that climate change is the European Union’s top priority. Soaring temperatures and wildfires in Siberia, melting permafrost causing massive oil spills and disappearing nature and wildlife risk inciting international tensions and threaten the security of local populations. Paul Taylor’s ultimate conclusion to his study being ‘’Ice-savers will be far more important to the survival of humanity and to international security than icebreakers.’’ – Paul Taylor (14:33)

Overall, the report and the launch event highlighted the linkages in the Arctic and the need for continued international cooperation to maintain harmony. Climate change is a global issue, events and tensions elsewhere in the world pose a threat to Arctic peace and stability, and shipping routes and economic relations connect the region with countries far-flung of the High North. As Mike Sfraga put it, ‘’this arc of the Arctic…it’s not just a North American or a Russian story or a Scandinavian story- this is a global story.‘’ (47:05)

The Arctic intersection: security cooperation and competition in the high north

The Arctic has become the focus of increasingly fevered strategic attention amid rising global great power competition and accelerating climate change that is raising expectations of new oil and gas riches, easier access to mineral resources and short-cut sea routes. For most of the three decades since the end of the Cold War, the Arctic has been a zone of low tension, a glacial oasis of multilateral cooperation and a geopolitical backwater. That has changed somewhat due to Russia’s 2014 military action in Ukraine, China’s increasingly assertive global reach, declaring itself a “near-Arctic state”, and the United States’ aggressive denunciation of perceived threats by both powers to security in the Arctic.

Recent tension has focused on the European Arctic – from Greenland to Russia’s Kola peninsula and Yamal oil and gas fields. The United States and NATO feel threatened by the modernisation of Russia’s Northern Fleet, missile capabilities and deep-diving submarines and have responded by staging demonstrative war games in Norway and the Barents Sea, as well as by upgrading anti-submarine warfare aircraft and sea patrols, refurbishing airfields and pre-positioning equipment in or near the Arctic. Yet the five Arctic coastal states have adhered scrupulously to a 2008 agreement to resolve all overlapping continental shelf claims by negotiation through the UN Convention on the Law of the Sea, and Arctic nations have struck a range of practical agreements in the last decade on fisheries, maritime safety, search and rescue and environmental protection.

Senior Fellow for Peace, Security and Defence at Friends of Europe and Contributing Editor to Politico

Norwegian State Secretary in the Ministry of Defence

Professor, Deputy Director and Head of Centre for Security Policy at the Norwegian Insitute for Defence Studies in Oslo

Senior Fellow for Peace, Security and Defence at Friends of Europe and former Deputy Assistant Secretary General for emerging security challenges at NATO

Michael Mann has twenty years of experience working in EU affairs. Prior to taking on the role of EU Special Envoy for Arctic matters/Ambassador at Large for the Arctic, he served as the EU’s Ambassador to Iceland. He was also Head of Strategic Communications at the European External Action Service, Chief Spokesperson for High Representative Catherine Ashton, and the European Commission Spokesperson. He began his career in Brussels as a journalist, working for the Financial Times, Reuters and Bloomberg News, among other media.

Michael Sfraga has spent most of his life living in and exploring Alaska and the Arctic. His work focuses on the policy implications of a changing Arctic and Antarctic. He has served as Board member and Chairman of the Institute of the North, the University of the Arctic’s Head of Delegation to the Arctic Council, and Co-Lead Scholar for the inaugural Fulbright Arctic Initiative. Sfraga also works with many national and international organisations such as the Munich Security Conference, UArctic, and the US Department of State.

Professor Katarzyna Zysk is an expert on Russia’s security and defence policies, military strategy and warfare, naval development, defence innovation and geopolitics and maritime security in the Arctic, which she has researched since 2007. Prior to her current positions, she was a Visiting Scholar at the Center for International Security and Cooperation at Stanford University and, subsequently, Visiting Research Fellow at the Changing Character of War Centre at the University of Oxford. She was a Research Fellow at the Center for Naval Warfare Studies at the US Naval War College as well as Acting Dean of the Norwegian Defence University College. Zysk is also a member of the Hoover Institution’s Arctic Security Initiative.