The European Union should step up its efforts to fight infectious diseases in the developing world as global public funding for neglected diseases stalls.

That was the message of a Friends of Europe event on 16 February called ‘Shaping the World’, which hosted the launch of the 2016 G‑FINDER report on global funding for research into neglected diseases, such as HIV/AIDS, tuberculosis and malaria.

These diseases kill nearly seven million people each year – mostly the world’s poorest people, and often due to a lack of effective tools for prevention, diagnosis and treatment. But G-FINDER reported that neglected disease R&D fell in 2015 for the third consecutive year – down two percent to US$3.04bn.

“Today’s report shows that the European Commission and European governments are critical public funders of global health R&D,” said Bill Gates, Co-Chair of the Bill & Melinda Gates Foundation, which helped finance the report. “They have led the way in creating new opportunities for public and private sectors to work together to address the burden of disease for the world’s poorest people. I hope that the Commission will prioritise global health research and development for the developing world as it starts to plan for its new research framework and funding.”

He said a steady stream of funding from critical players like the EU is essential to maintain recent significant advances in building a healthier, more prosperous and safer world. “The total is disappointing: that is, the amount of research on these neglected diseases has not gone up; it’s even gone down somewhat. The report is reminder that everyone contributes, but we need to figure out how to bring in more resources.” 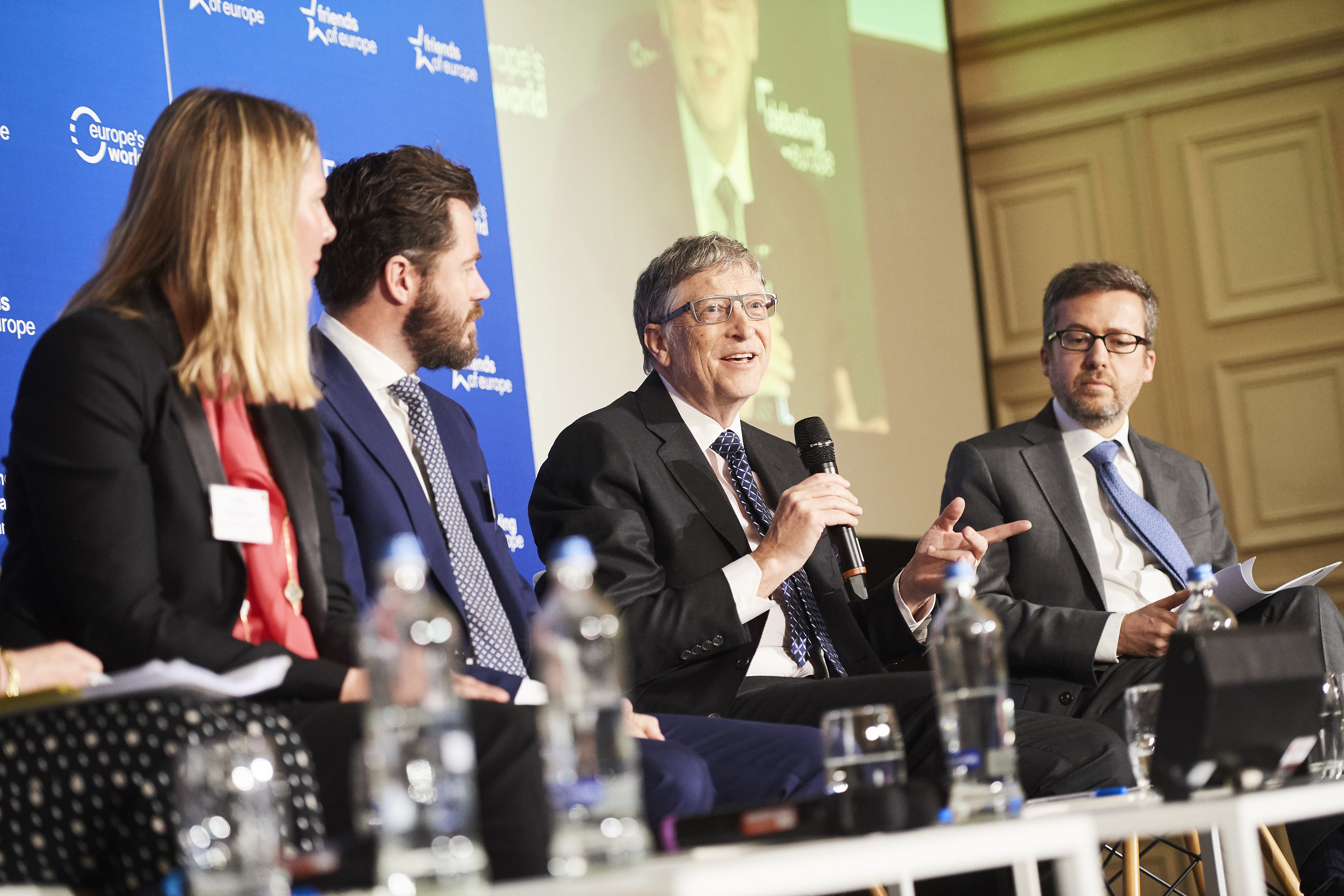 Shaping the world: a pivotal moment in research and innovation for global health
Start playback

Should you not be able to see the playlist please click here.

Innovation underpins successful societies, sustainable growth and global health. The UN Sustainable Development Goals seek the end of epidemics of HIV/AIDS, TB, malaria and other neglected infectious diseases. These diseases kill nearly seven million people each year, often due to a lack of effective tools for prevention, diagnosis and treatment. Without these missing tools – without innovation – we will never achieve sustainable development and health for all.

Neglected diseases affect the world’s poorest people. Solutions must therefore come by bringing together the funding of the public and philanthropic sectors and the ingenuity and creativity of the private sector, universities and researchers, who develop transformative technologies and build understanding that can change the future of global health.

The conclusions of the 2016 G-FINDER report, to be launched at the event, provide policymakers, funders, researchers and industry with an understanding of how neglected disease research and development is funded around the world. Conducted by Policy Cures Research and funded by the Bill and Melinda Gates Foundation, the G-FINDER project has tracked and reported on investment into neglected disease R&D since 2008. It provides a unique window into the shifting global funding landscape for innovation in global health, helping to determining the next steps for R&D in Europe and the world.

Known for co-founding with Paul Allen one of the world’s largest software business, Microsoft, Bill Gates established the Bill &amp; Melinda Gates Foundation with his wife in 2000. Together they shape and approve grant-making strategies, advocate for the foundation’s issues and help to set the overall direction of the organisation. Bill Gates works to expand opportunity to the world’s most disadvantaged people by collaborating with grantees and partners, tackling international and domestic issues, such as health and education. In 2016, Gates and his wife Melinda were recognized for their philanthropic work when they were named recipients of the Presidential Medal of Freedom, presented by former U.S. President Barack Obama.

Nick Chapman has over 10 years of experience in health policy and practice as a doctor, research associate and analyst. Working on projects for governments, major philanthropic organisations and public-private partnerships, Chapman’s experience includes strategy development, funding gap analysis and innovative financing mechanisms. He has also played an active role in Policy Cures’ efforts to raise the profile of global health.

Leading the Foundation for Innovative New Diagnostics (FIND), Catharina Boehme oversees an organisation which enables the development and delivery of much-needed diagnostic tests for diseases of poverty. She also serves as co-Chair of the New Diagnostics Working Group of the Stop Tuberculosis (TB) Partnership, and is a member of the World Health Organisation (WHO) Strategic and Technical Advisory Group (STAG-TB). Before joining FIND in 2005, Boehme established a TB research unit at Mbeya Medical Research Program in Tanzania.

As President of Global Vaccines at GlaxoSmithKline (GSK), Luc Debruyne aims to lead the industry in improving health globally. Today, GSK Vaccines delivers broad portfolio of more than 30 different vaccines to 90% of the world’s countries. Debruyne is a member of the Vaccines CEO Roundtable convened by the International Federation of Pharmaceutical Manufacturers and Associations (IFPMA) and a member of the Management Committee of the Belgian Federation of Enterprises.

Ruxandra Draghia-Akli serves as the European Commission representative on the Governing Boards of most Joint Technology Initiatives of the EU within different industrial sectors. A globally recognised leader in the field of nucleic acid delivery for therapeutic and vaccination applications, she is also an inventor and has submitted over a hundred patent applications. Before joining the Commission, Draghia-Akli worked in biotechnology companies, including as Vice-President, managing research programmes in the areas of gene therapy and DNA vaccination.